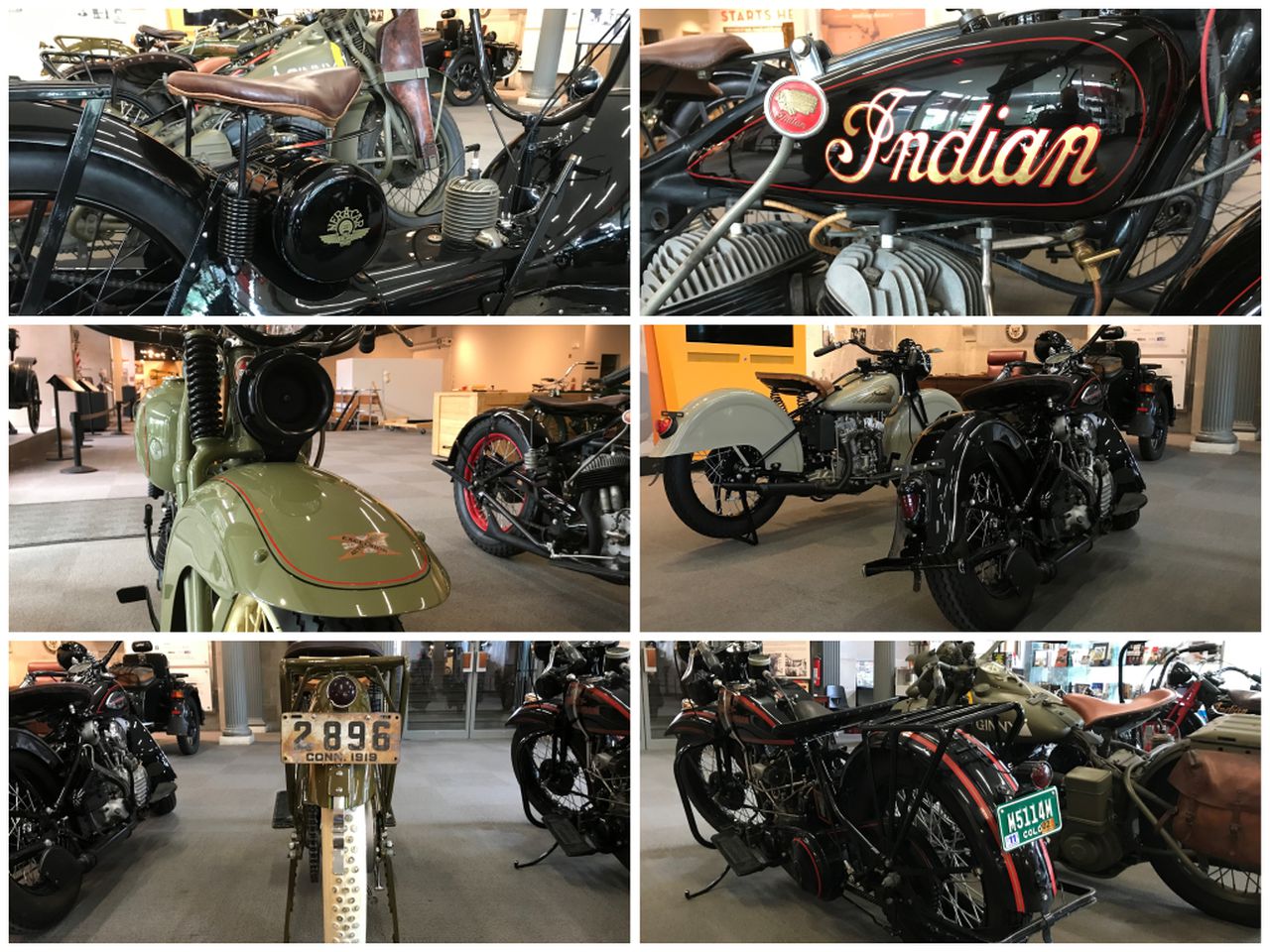 Cleveland, Ohio – Historical Society of the Western ReserveThe last exhibition of her literally started roaming the exhibition space on Monday. That’s because workers have started unloading and preparing â€œA Century of American Motorcycle,â€ which will begin a six-month race on Thursday August 19 at the Crawford Auto-Aviation Museum.

This is due to a relationship Dennis Barrie has with a reputable museum in Alabama and the interest of the WRHS program and Director of Marketing John Lutsch. Like any intriguing museum exhibit, its genesis lies in history. But it’s also a smart place for the traveling exhibit: Ohio is the nation’s No.3 in motorcycle registration behind California and Florida, Lutsch said.

â€œFor us, this is a good breakthrough because we have this incredible collection of automobiles. But let’s expand our world. And that’s something that’s historic and has been part of the American scene for (over) 100 years, â€said Barrie, a veteran of museum design and exhibits, and who – along with his wife, Kathleen – worked all over the country. . His resume includes being a driving force in launching the Rock and Roll Hall of Fame.

On Monday morning, two 18-wheel trucks arrived from Barber Vintage Motorsports Museum. The Barber has over 1,600 motorcycles in its collection. It even has its own race track.

The Cleveland exhibit will feature about three dozen of the Barber’s motorcycles in an exhibit that will “essentially consume” a floor at WRHS, Barrie said.

The Barber is a stand-alone museum without government assistance, said Jeff Ray, general manager of Barber. He earns his money by renting the track outside and the spaces inside. The barber also won $ 800,000 on license plates from the Alabama Automobile Museum, raising $ 42 on every $ 50 in fees.

“A Century of the American Motorcycle” is the first of consecutive exhibitions under the general title “The Year of the Motorcycle”. Until February, Barber’s motorcycles, all American-made, will be on display. The second half will be considered â€œOpen Road: The Lure of Motorcycling in Ohioâ€ and will include foreign bikes.

Motorcycles, Lutsch said, â€œhave a chronological evolution where you can really see how they started out as glorified bikes. And now with the latest Harley-Davidson electric bike, here we are with the technology. It’s just amazing to see this progression. This is how the show will be organized.

Several motorcycles – each different in shape, era, design and color – line part of the showroom not far from where workers are building the display. An Indian – with classic typography – sits near a black 1930s Ner-a-car, its sleek art-deco design is clear.

â€œThat’s what’s exciting about this show,â€ Lutsch said. â€œThere are going to be a lot of things that are not that common. “

The exhibit came about because Barrie worked with the barber about ten years ago. Barber officials are carefully reviewing applications for traveling exhibitions, but the timing and idea has worked well for Cleveland.

â€œIt’s like the Louvre to the motorcycle world,â€ said Barrie. “It really is the largest collection of motorcycles in the world.”

What motivates Barber executive director Jeff Ray to bring the collection to Alabama is, â€œWe looked at it from ‘How do we want to see this bike?’ “

This means varying viewing angles and elevation points. â€œYou can think of them in a number of different ways, as convenient means of transportation and as expressions of personal taste,â€ Lutsch said.

Ray, who has worked at the Barber for 32 years, said the collection began in the late 1980s and the museum opened in 1994. Paramount is the presentation for guests. So the barber avoids what he calls the â€œDisney line,â€ referring to exhibits that take you in a certain direction. Alabama residents aim to improve the viewing experience. Barber’s collection, he said, can offer “sensory overload.”

The basis of the museum’s benefit is that of an â€œauto parking lot,â€ Ray said, with natural light giving the objects a â€œpersonalityâ€.

Following the race, which ends in February, the Cleveland History Center will present the â€œOpen Roadâ€ sequel. Rolling events, walks, conferences and demonstrations are also underway.

The Cleveland History Center is located at 10825 East Blvd., in the Western Reserve Historical Center, in Cleveland’s University Circle. Hours: Thursday from noon to 8 p.m. and Friday to Sunday from 10 a.m. to 4 p.m. Advanced tickets are recommended; go to cletix.com. Go to www.wrhs.org for Covid restrictions. The official opening of the motorcycle show will take place on Thursday, August 19 at 6 p.m. The opening speech will begin at 6:30 p.m. and the exhibition will run until 8 p.m. Tickets cost $ 25 ($ 20, WRHS members). Regular admission to the Cleveland History Center ranges from $ 6 to $ 12.

I am on cleveland.comlife and culture team and cover topics related to food, beer, wine and sport. If you want to see my stories, here is a directory on cleveland.com. Bill Wills from WTAM-1100 and I talk about food and drink usually at 8:20 am on Thursday mornings. And tune in at 7:05 am Wednesdays for â€œBeer with Bona and Much, Much Moreâ€ with Munch Bishop on 1350-AM The Gambler. Twitter: @ mbona30.

Get a good start on the weekend and Register now for Cleveland.comis weekly “At the CLE” email newsletter, your essential guide to the best things to do in Greater Cleveland. It’ll arrive in your inbox on Friday morning – an exclusive to-do list, focusing on the best of weekend fun. Restaurants, music, movies, the performing arts, family entertainment and more. Click here to subscribe. All cleveland.com newsletters are free.