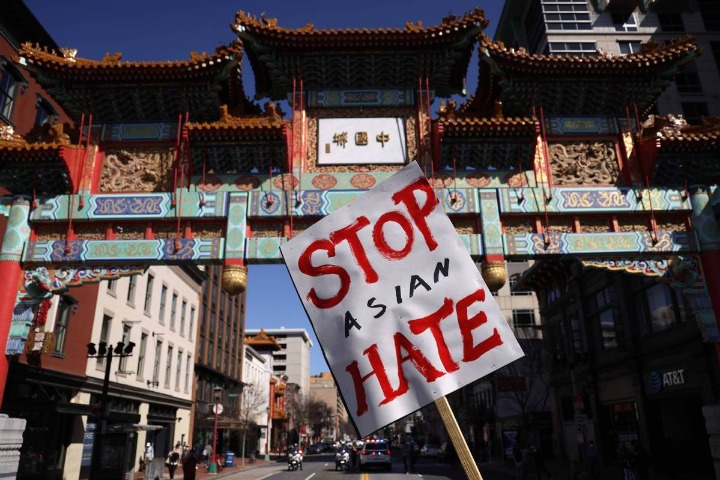 There was a fear of speaking to strangers, harassment from the FBI, public exposure and shame by the local media.

William Dere, an activist from the San Francisco Bay Area, recalled how his family and many other Chinese Americans suffered from “red fear” in the 1950s.

â€œThe FBI would ring on doors, talk to children in the playground, tell lies to intimidate Chinese Americans into obtaining information that would expose a person as a ‘son of paper.’ The targeted person may then be charged with immigration violations, â€Dere told a recent webinar hosted by the Chinese Historical Society of America.

The main vehicle for the government to attack the left and progressives at the time was to investigate Chinese use of false papers to immigrate to the United States, William Dere’s sister Jean Dere wrote. also an activist, in an article published by the Journal of the Chinese Historical Society of America.

Their father, Kai Dere, was a member of the Chinese American Democratic Youth League, a progressive group in San Francisco. Because its members showed support for the establishment of the People’s Republic of China in 1949, the group was part of several Chinese community organizations targeted by the FBI during the Cold War and the McCarthy era, according to the article. .

The government also created a “confession program” in 1956, pressuring the Chinese community to “confess” to immigration in exchange for immunity.

“An atmosphere of fear enveloped Chinatown. One person’s confession inevitably incriminated many others,” writes Jean Dere in the article.

As a result of the program, her father was tried in court, his citizenship was eventually revoked and threatened with deportation.

â€œThere was a lot of fear and anxiety within our family. We were told not to talk to strangers, especially white males, not to answer any questions when the FBI came to our door. There were arguments and estrangements between the parents, “said Guillaume Dere. â€œThere were relatives we had not seen for years because of resentment and feelings of betrayal as a result of the persecution by the US government.

Her father was not deported because there was no diplomatic relations between the United States and China at the time. â€œMy father became stateless without a passport, without the ability to leave and return to the United States. He was never even able to gain permanent resident status,â€ Dere said.

Besides the emotional and psychological toll, her family also suffered the economic impact due to legal fees to fight the charges and maintain her residence in the United States.

â€œThey (the government) got rid of their propaganda and tried to change people’s opinions. Although they have done this several times for the ‘Red Fear’, we should learn that it is about a tactic and a strategy, â€Dere said. “I think it’s really important that we learn from history and don’t repeat mistakes.”

â€œUnfortunately, the US government has learned nothing from history,â€ said Lillian Sing, a founding member of many human rights and women’s rights organizations in San Francisco.

“It is so sad that our government is repeating what it did to Japanese Americans in WWII, and what it did in the 1950s to Chinese Americans and other activists in the McCarthy era, â€she said, referring to theâ€œ China Initiative, â€a program launched by Donald Trump’s administration to fight economic espionage.

After three years of a thorough FBI investigation, none of the cases initiated under the initiative involved espionage-related charges, Sing said.

A 2009 study found that the majority of those accused of espionage began to switch from individuals with Western names to those with Chinese names.

Andrew Chongseh Kim, lawyer at the law firm Greenberg Traurig, and the Committee of 100 co-authored the report “Racial Disparities in Economic Espionage Act Prosecutions: A Window into the New Red Scare”.

Their research analyzed data from 1996 to 2020 involving 276 individual defendants in 190 cases brought under the Economic Espionage Act.

Xiaoxing Xi, a physics professor at Temple University in Philadelphia, was handcuffed and taken out of his home in front of his wife and two young daughters; Sherry Chen, an employee of the National Oceanic and Atmospheric Administration in Ohio, was handcuffed and left her office, friends and co-workers, and taken to a federal detention center, Kim said.

For those with Chinese names, the US Department of Justice issues press releases for 80% of cases. By issuing the statements and naming an initiative after a specific country, the government “makes it easier for Americans to imagine that people who look Chinese are Chinese spies,” Kim said.

Some of Record’s archives will be available online | New