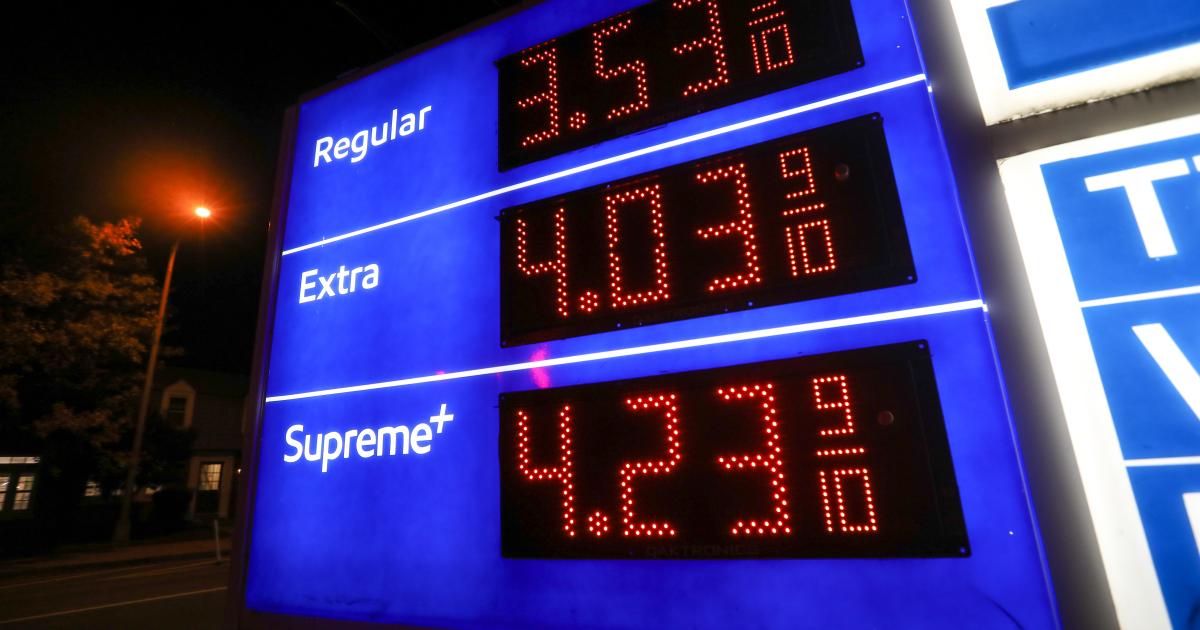 President Joe Biden’s approval ratings are more underwater than those of the Titanic. With rising fuel costs, the spread of inflation, and unprecedented illegal border crossings, Americans had already started attacking many of Biden’s top priorities even before the debacle in Afghanistan. But, like the captain of the Titanic, this presidency may only see the tip of the iceberg. Biden’s energy and environmental policies could end up plunging his popularity into the abyss.

Biden’s climate policies are fatally flawed, on both foreign and domestic fronts. On the global stage, Biden plans to fight the climate with joint actions that will never happen and distract the nation and the world from real environmental challenges like clean air and clean water. At home, he plans to meet his self-defined climate goals by depriving Americans of affordable and reliable energy while forcing a government-mandated transformation of the energy sector. The latter must be accomplished through significantly higher taxes, massive deficit spending and heavy regulations, an approach that will not produce a better economy or a better environment.

Biden believes he can lead the global response to climate change. The Chinese are rightly begging to differ, as are Russia, India and many other developing countries.

>>> Biden on the energy crisis: imploring others to save him from himself

China is already the world leader in greenhouse gas emissions. A major consumer of energy, its energy consumption has quintupled since the Tiananmen Square massacre. Biden will somehow have to convince the Chinese to cripple their economy in pursuing his climate agenda.

It is naive vanity, but one which the administration can pursue in the most insensitive manner. John Kerry, in his Senate-unconfirmed post of special climate envoy, went so far as to suggest that the United States could even ignore Beijing’s genocidal campaign against the Uyghurs to strike a deal. â€œLife,â€ he says, â€œis full of difficult choices. “

It’s also full of stupid people. China has already demonstrated its commitment to continue Uyghur oppression, regardless of what the rest of the world thinks. To think that we can convince China to harm itself economically in exchange for turning a blind eye to China’s systematic human rights violations is utterly specious.

Like most countries, China has a good idea of â€‹â€‹climate responsibility, whatever that means. Its real policy, however, is to get any energy at the cheapest price it can find – and â€œat any costâ€ if necessary. Increasingly, China is trying to ease its dependence on imported fuel by encroaching on the marine fuel resources of its smaller neighbors. Yet even with these rapacious energy policies, China is in the midst of an energy crisis. This is not a country that is going to worry about becoming carbon neutral anytime soon.

The situation doesn’t look brighter halfway around the world, where America’s best partners are struggling to keep the lights on. Europe is facing an energy crisis of its own. Shortages and prices are at record levels and, according to the Economist Intelligence Unit, “double-digit year-over-year increases are expected to continue through the winter.” The situation of Europeans is exacerbated by their main supplier of fuel: Russia. The Russians have production problems. In addition, they are making energy policy with the Europeans, refusing to increase their deliveries of natural gas until Germany accelerates the approval of the Nord Stream II gas pipeline.

Will our allies really keep all of their green energy promises if that means their economies are at a standstill? Smart money says “no”. After all, just look at what happened in Rome this Halloween at the G20 summit. Just days before departing for the United Nations Climate Conference in Glasgow, the leaders of the world’s largest economies retreated from their old zealous belief in opposing the construction of new coal-fired power plants.

From the sea to the shining sea

As the administration works to secure China’s promise to cut emissions in the future, it is more than willing to force Americans to bite the bullet now.

In the past year and a half, Congress has added nearly $ 5.5 trillion to the national debt, and the Biden administration is pushing to increase the trillions through sweeping social, labor, and climate policies. Regardless of the price announced, the reality is that these proposals will expand the reach of the federal government in the lives of Americans for generations to come and wreck federalism.

The administration has moved quickly to implement or offer hundreds of billions of subsidies and tax breaks for green energy technologies. He proposed policies to reorient the energy grid and the entire transport sector around arbitrary climate goals.

It has developed a series of regulations that target almost every aspect of the coal, oil and natural gas industries. Even though Americans get nearly 80 percent of their electricity, heat, and transportation fuel from these energy resources, it looks like the administration believes them to be illegal. Firmly in bed with Big Green, the administration’s energy policy can best be described as command and control cronyism.

Another term that comes to mind is abject cynicism. The administration knows that all of this will have virtually no impact on global temperatures by the end of the century. Climate Czar Kerry openly acknowledged this on several occasions.

The administration is also well aware that rising energy costs act as a tax on the entire economy, a tax that harms the poor the most. Between 2018 and 2019, as average energy costs fell 5% and Americans’ per capita energy costs fell in all states except California, the country’s economy was growing at record highs. and employment.

Californians’ costs have risen, no doubt, because the state pursues a reckless climate program that includes banning gasoline cars and regulating broken down nuclear power plants. Still, the Biden administration would like the rest of the country to follow California’s lead. And it uses regulatory tricks like the “social cost of carbon” to inflate the supposed benefits of its harmful climate regulations for jobs.

The administration seems determined to “transform” – that is, to ruin – the energy sector and the national economy in the service of a radical climate agenda.

A much more productive and realistic approach would be to extend economic freedom at home and abroad and especially among developing countries. Decades of data from The index of economic freedom clearly show that economic freedom goes hand in hand with economic growth, which is essential to environmental stewardship. In fact, climate-related deaths have declined by 96% over the past century, thanks to rapid economic growth and increased access to affordable and reliable energy.

Rather than spending trillions that we don’t have and making promises that can’t be kept, Congress and the administration should focus on implementing policies that reduce regulatory barriers to innovation. energy, streamline permits and regulatory reviews, and promote growth-friendly fiscal policy.

Rather than urging our friends and allies to pursue policies that make its energy sectors more fragile and expensive, the United States should champion freer trade to provide it with the energy it needs. Rather than naively taking China at its word, we should push for transparency, reaffirm our commitment to human rights, and defend the sovereignty of neighboring countries against Chinese intimidation.

This is a fundamentally different approach to the Biden administration’s reliance on extravagant government spending, high taxes, and massive regulation. But we can expect to see, as we have seen countless times in the past, the dynamic and diverse creativity of innovative people to meet whatever challenges the future holds.

This article originally appeared in The National Interest https://nationalinterest.org/feature/biden%E2%80%99s-climate-policy-titanic-disaster-waiting-195790

How Martha Mitchell Lost Everything