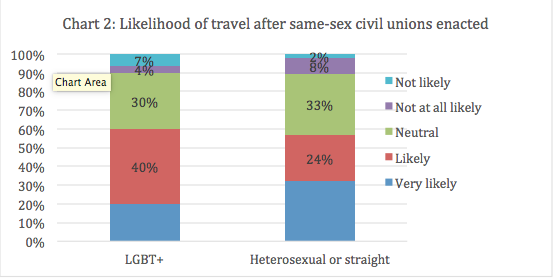 Building an inclusive economic recovery in the Caribbean

Generating data on socially excluded groups is essential for inclusive development and stronger societies. Such data is more than ever necessary during the pandemic, to guide public health and economic recovery strategies. But governments and economic development institutions have done relatively little to support its collection, relying instead on studies generated by civil society, the private sector and academics.

My recent research with the organization Open For Business, with support from Virgin Atlantic, is called The Economic Case for LGBT + Inclusion in the Caribbean, and it aims to fill some of this knowledge gap. As of April 2020, and through dozens of partnerships with organizations and academics, we have collected and analyzed data on LGBT + exclusion in 12 countries in the English-speaking Caribbean.

Our analysis shows the significant impacts of exclusion and violence, as well as the impact of COVID on livelihoods. For the future, we must understand the magnitude of these challenges in order to develop effective solutions.

The economic impact of exclusion

The legal and social exclusion of LGBT + people is not only a serious challenge to human rights, but also a major constraint to economic growth. The loss is glaring in the Caribbean: we estimate that between 2.1 and 5.7% of regional GDP is lost due to LGBT + exclusion.

Using the economic model created by the World Bank, we looked at the most quantifiable economic losses, including declining human capital and labor output, health disparities, and more. Two large-scale surveys and numerous in-depth interviews allowed us to grasp the many challenges that LGBT + people face, while measuring the corresponding aggregate economic impacts.

Other important findings emerge from our survey of the LGBT + community in the Caribbean. First, one in two people have experienced exclusion within their own family (the graph below includes the heterosexual and cisgender sample for comparison). Second, discrimination in the labor market is so systemic that it acts as occupational segregation, preventing the community from better paying jobs in the formal economy and often confined to the informal economy. The impacts include an 11% wage gap compared to the general population.

Third, anti-LGBT + laws and stigma create “push” factors for migration, especially for skilled workers, which contributes to the “brain drain” in the region. Finally, the social and economic impact of the decriminalization of intimate acts between people of the same sex seems to be powerful, with better results in terms of education, the labor market and access to justice.

A second survey of potential tourists to the Caribbean (LGBT + and others) allowed us to capture the strong relationship between anti-LGBT + laws and a reduced likelihood of visiting. In our sample, almost one in five would not visit because of their perception of LGBT + treatment in the region, which has an impact on their own perception of personal safety during a visit. On the other hand, 60% of the entire sample said they would be likely to travel to a Caribbean country after adopting same-sex civil union (see Figure 2 below). below).

As the pandemic exacerbates historic inequalities, some of the marginalized communities are among the hardest hit. Our research in the Caribbean confirms that LGBT + people are no exception. In our sample, more than one in four had an annual income of 5,000 (local currency), which is often lower than the average income at the national level. The economic toll from COVID has had severe impacts, as more than one in five overall reported a loss of income of between 40% and 100%. Food insecurity has been another devastating impact of COVID, as about a third were forced to skip certain meals during the height of the pandemic.

LGBT + livelihoods are affected by exclusion from governments and economic development institutions. Often, governments have done little to provide PPE to the community, resulting in a lack of essential services, with some LGBT + organizations having to secure international funds to fill these gaps. Likewise, economic development institutions like the World Bank and other development banks have overlooked the challenge of excluding LGBT + people from COVID programs and made little effort to consult with the LGBT + community on loans from multi-million dollar public health or even general programs.

The private sector, meanwhile, is starting to address LGBT + inclusion, in terms of recruitment and talent. In fact, as we launched our research in partnership with CAISO: Sex and Gender Justice in Trinidad and Tobago, this group unveiled the country’s first LGBT + workplace policy that has been endorsed by many companies. This sets a positive standard for improving livelihoods through employment.

Using participatory research methods and in collaboration with many partners, we have built a strong case for inclusion based on livelihoods and economic growth. The next phase of our project is to help cultivate the voice of LGBT + businesses in the region. Yet governments, economic development institutions and businesses can do much more to help. This should include:

The views expressed in this article are those of the author alone and not of the World Economic Forum.

Here are the fall attractions that open in September