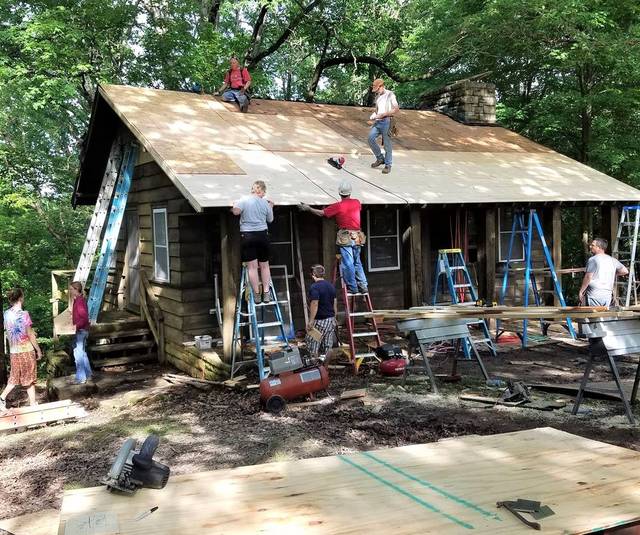 Call for volunteers for the preservation of the Père Marquette hut

GRAFTON – The Three Rivers Project at the Sierra Club of Illinois is calling for volunteers for the Pere Marquette Preservation Project in the fall of 2021.

The Pere Marquette Park Preservation Project, which runs October 15-17, has been restoring historically significant cabins in the park’s senior group camps since 2012. Local carpenters, roofers and interested volunteers are invited to attend. ” register for the event by October 31. 1 at sc.org/cabin2021.

Over the years, volunteers have restored enough structures to keep Camp Ouatoga open to the public. This year, the Three Rivers Project will restore the Unit 3 pavilion at Camp Ouatoga as part of its ongoing efforts to restore and protect public lands, such as the Upper Group camps at Pere Marquette Park.

â€œThis project is a great way to get involved in the local community, while also helping the Sierra Club’s mission to explore, enjoy and protect the planet.

Sierra Club’s Piasa Palisades group, in partnership with The Nature Institute, started the initiative around 2012 to restore historic 1930s cabins in group camps in Pere Marquette State Park. Other organizations have been involved since the start of the project.

It was the involvement of the Sierra Club that encouraged the administration of Pere Marquette State Park to allow a voluntary effort to restore the cabins due to the historical value of the structures. The Illinois Department of Natural Resources and the Illinois Historical Society have specific guidelines on how cabins should be restored.

The restoration group accepts all contributions that anyone is able to provide, such as shingles, lumber, or a cash donation. Donations are tax deductible and can be made payable to The Nature Institute (TNI Cabin Restoration Project) and sent to TNI 2213 S. Levis Lane, Godfrey, 62035.

Rush III due to the reunion of the Historical Society | New