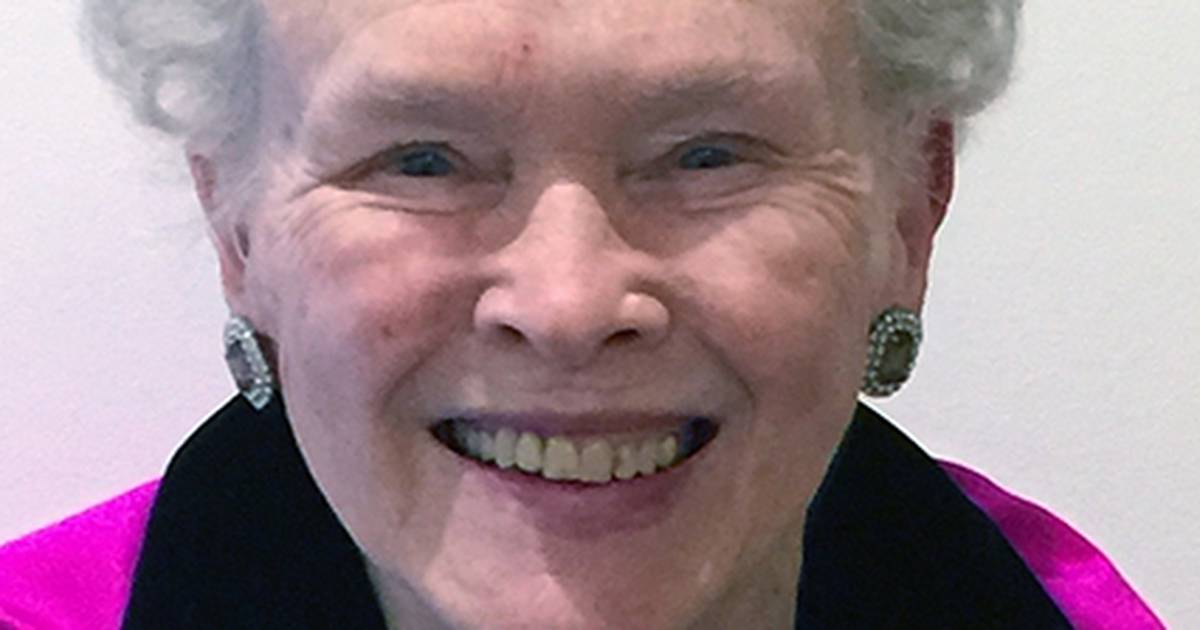 Carolyn C. Boykin, a retired Johns Hopkins Hospital registered clinical nurse and operating room nurse who was also an avid golfer, Chesapeake Bay sailor and gardener, died of natural causes on May 8 at his longtime home in Ruxton. She was 92 years old.

“She was a wonderful nurse-supervisor who did everything for everyone and set the standards and work ethic,” said plastic surgeon Dr. Paul N. Manson, who had served as chief of plastic surgery at Hopkins of 1990 to 2010. “She always organized everyone well, did the right thing and was a wonderfully reliable person.

Growing up, Ms. Boykin, in order to reduce the risk of being exposed to polio, spent summers with her maternal grandparents in Blue Ridge Summit, Pennsylvania.

A 1948 graduate of Garrison Forest School, she also made her Bachelors’ Cotillion debut that year.

She received her nursing degree in 1953 from the Johns Hopkins School of Nursing and began her nursing career with the Baltimore City Health Department as a staff nurse in its health care program.

After working part-time as a nurse from 1956 to 1957 at York Hospital in York, Pennsylvania, Ms Boykin joined the York County Tuberculosis & Health Society in 1955, where she worked until 1960.

She then worked at Greater Baltimore Medical Center from 1968 to 1973 and joined the staff at Johns Hopkins Hospital in 1992, where she became an operating room nurse at Nelson 2, specializing in breast implant removal and in vitro fertilization. She was also responsible for creating a surgical instrument inventory system for operating room surgeons.

Bob Lanier, the left-handed big man who muscled alongside Kareem Abdul-Jabbar as one of the best NBA players of the 1970s, died on May 10, 2022. He was 73. (Josh Reynolds/AP)

Ms Boykin was thought to be possibly one of the oldest nurses to have worked at Hopkins, and when she turned 82 in 2012, “she updated her license”, said one daughter, Carolyn “Carol Croker Boykin, of Ruxton, and “From 1999 until 2012, when she retired, she worked one day a week in the operating room at Hopkins Weinberg.”

In 1953, she married Bernard Carter Boykin, a chemical engineer, who worked for her father who had bought the old Melvale distillery on West Cold Spring Lane in the 1930s, which produced rye whisky. They later established the American Cider and Vinegar Co. there, which made Melvale apple vinegar and Crystal distilled vinegar.

After the company was sold in the 1950s, Mr. Boykin entered the electronics business and founded Boykin Products, which later became Electro Tech. He retired in the mid-1980s.

Her husband passed on his love of sailing to his wife, and the couple, who had owned a Whitby 42, a 42-foot sailboat, formed the Whitby 42/Brewer Owners Association to locate parts and sails, and to keep theirs and other owners’ boats sailing.

They enjoyed sailing and exploring the Chesapeake Bay and were also active members of the Potapskut Sailing Association. They also liked to go on steamboat cruises.

After her husband’s death in 2011, Ms Boykin married Dr Francis Mann Clarke Jr., a general surgeon, whom she had dated before marrying her husband.

Both men were members of the Sons of the American Revolution, and after reading an obituary for her husband in the society’s newsletter, he contacted her, Ms Boykin said. They married in 2012 and he died three years later.

Interested in historic preservation, she had been a member of the Hammond-Harwood House Association in Annapolis and had served on its board of directors from 1973 to 1992. She had also been a member for nearly four decades of the Maryland House and Garden Pilgrimage Inc., and had served as Recording Secretary, President and Executive Secretary from 1978 to 1992.

She was an accomplished golfer and began playing the sport as a teenager at Blue Ridge Summit where she hit her first hole-in-one. As a member of the Green Spring Valley Hunt Cup, Ms. Boykin had an eight handicap and was club champion in 1968.

Karen J. Kruger was a leading national legal authority on police discipline and public safety legal matters, an advisor to most state police departments, and a former ballerina.

Coached by legendary Baltimore golfer Carol Mann, Ms. Boykin received Golf Digest magazine’s Most Improved Golfer Award in 1966. She was also a longtime member and leader of the Women’s Golf Association of Baltimore.

A fan of Maryland steeplechase racing, she attended the Grand National Steeplechase Race at Butler in April, just weeks after her death, Ms Boykin said.

Get your morning news delivered to your email inbox. Get all the best news and sports from baltimoresun.com.

Ms Boykin, who loved the vegetable garden and also grew award-winning daffodils, was a member of the Home Gardeners’ Club and served as club president from 1982 to 1984.

Gifted with an outgoing personality and an easy smile, she loved throwing parties and was best known for her homemade buns that “guests stuffed into their pockets” as they left, her daughter said.

“She was outgoing and friendly, but was a little reserved,” Dr. Manson said.

In addition to the Green Spring Valley Hunt Club, she was a member of the Johns Hopkins Club and Chapter One of the Colonial Dames of America.

She was a longtime communicant of the Episcopal Church of the Good Shepherd in Ruxton.

There are no interment services at the Ellicott Family Cemetery in Ellicott City.

In addition to her daughter, she is survived by another daughter, Elizabeth “Betsy” Whitehead Boykin of North Roland Park; one sister, Virginia “Ginny” Croker Easter of Cockeysville; and two grandsons. Another daughter, Roberta Maccoun Boykin, died in 2012.