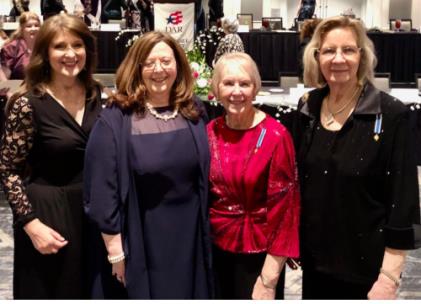 At the conference, Chapter Regent Gayle Burrows received more than 80 state awards on behalf of the 148 members of the Chickamauga Chapter for their volunteer service and educational work in more than 30 national NSDAR committees related to education, preservation history and patriotism. The chapter received first place among all Tennessee chapters with 100 or more members.

Former chapter regent Susan Harris received first place in Tennessee for her submission to the Americanism Committee’s Photo Contest on the topic: “What America Means to Me.”

The National Society Daughters of the American Revolution (DAR) is a women’s service organization whose members can trace their lineage to a person who helped secure American independence during the Revolutionary War. Today’s DAR is vibrant and diverse, with more than 185,000 members in 3,000 chapters in the United States and abroad. DAR members provide millions of hours of volunteer service each year to their local communities across the country and around the world. DAR chapters participate in projects to promote historic preservation, education, and patriotism. Over one million members have joined the organization since its founding in 1890.