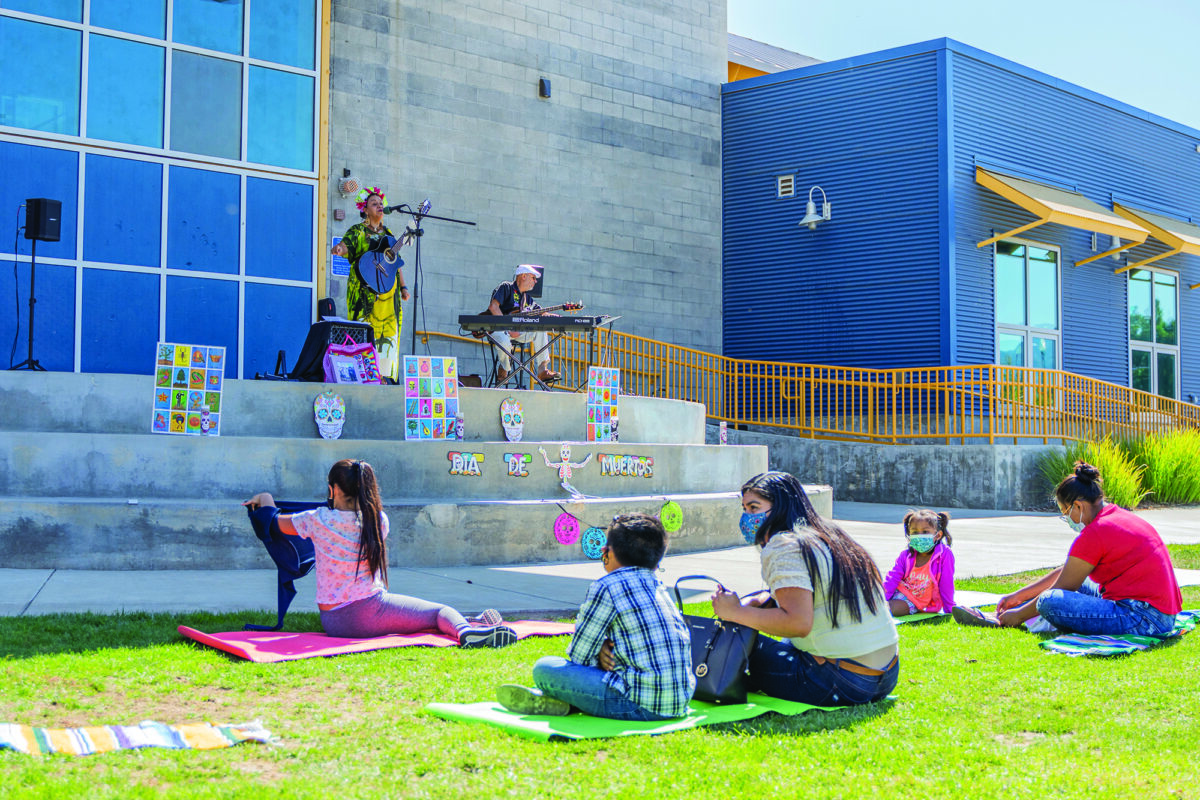 â€œKoonex, koonex, palexenâ€ the children sang while singing a children’s song in Mayan conducted by Gloria Arjona during the Calaveras Literarias.

“What you say in Mayan is, ‘Don’t be lazy, let’s dance, because death is coming and we have to enjoy life,'” Arjona explained, noting that whether they are young or old, the song calls people to be active.

Families gathered at the Newhall Community Center on Sunday to sing songs like this one called Calaveras Literarias in Latin American culture, a term that includes songs, stories and poems written to celebrate Dia de los Muertos, or the day of the dead.

The event was hosted by the Santa Clarita Public Library with a REFORMA Noche de Cuentos mini-grant, which enabled the library to enhance its Spanish-language cultural programs during Hispanic Heritage Month, according to librarian Morgan Lazo.

The library hopes programs like this will help continue the success of other outdoor programs held over the summer, Lazo said.

â€œThey were a huge success, so we wanted to conserve some of that outside energy,â€ Lazo added. â€œThere are also several different departments in the library and the learning center that were able to collaborate, so we are really happy to be able to re-enter the community. “

Calaveras Literarias are typically written in metric verse with a rhyming pattern, which Arjona says has been rewritten over the years.

â€œThese songs are very, very, very old, over 500 years old,â€ said Arjona, â€œand what’s amazing is that we put in verses and they fit perfectly. So we can. change all those songs that I sing today (because) they don’t belong to a songwriter, but to the community, so we can add in and take it out, as long as it rhymes.

Through the event, Arjona shared with the children the meaning of some of these Calaveras Literarias, using various literary mediums to teach them about the cultures and traditions of Latin America.

It is for this reason that Evette Cabanillas, a resident of Santa Clarita, brought her four children to the center, hoping that they would have the opportunity to learn some of their own cultural heritage.

â€œI’m Mexican, second generation, and my kids are half Mexican, half white, so I wanted to share more of their heritage with them,â€ Cabanillas said. â€œWe don’t really speak Spanish at home so we want to start integrating all the culture, and I thought that would be one way to do that. The children are having fun. “

After Arjona’s presentation, the kids had the chance to do some of their own Mexican-inspired crafts and activities, making Dia de los Muertos decorations before the next vacation.

Some of Record’s archives will be available online | New

“The murals are like covered bridges, people come out to see them”