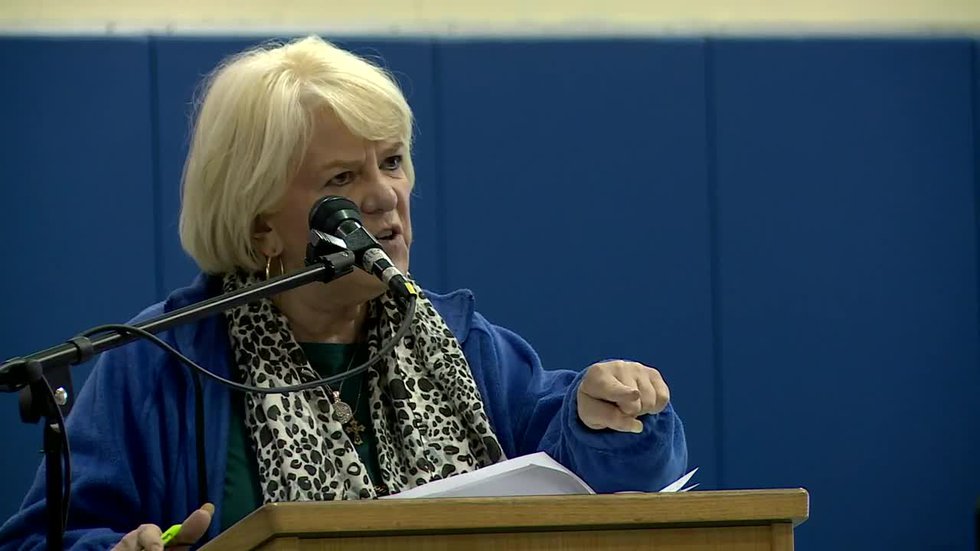 At a public forum on the issue Thursday night at Olive Hill Elementary, community members shared their concerns about the proposal with the local planning committee.

“West Carter is the soul of Olive Hill, Kentucky,” Rita Cartee told the committee from behind a podium in the elementary school gymnasium.

Superintendent Paul Green says one of the benefits would be a new technical and vocational center on the same site as the new school.

“We could probably add eight to ten vocational streams,” Green said. “It would be opportunities for our kids to learn those job skills and have opportunities that just won’t come in the current format.”

He says consolidation is being considered now due to declining enrollment and a possible increase in funding.

“We don’t really expect a lot of savings from this,” Green said. “It’s more of an opportunity to have a state-of-the-art facility and opportunities for our kids.”

Several people who spoke at the forum shared the same concern about the consequences of the loss of their own school on their city.

“I fear our number one employer is going away,” said Wayne Russell, a parent who also sits on Olive Hill City Council.

“Every business in this town, from a gas station to Dollar General to a restaurant, revolves around this school,” Olive Hill Mayor Jerry Callihan said at the forum. “There’s nothing left here but our high school.”

Beverly Barker teaches on both sides of the county.

“I love the kids on both sides of the county, but I also love the rivalry,” she said.

The superintendent says council hopes to have a final decision on whether this project will go ahead in May.

The next public forum on the topic will be February 7 at Prichard Elementary in Grayson.

The superintendent says there has been no decision on the location of the new school. He says if approved, it will probably be four years before the new school opens.