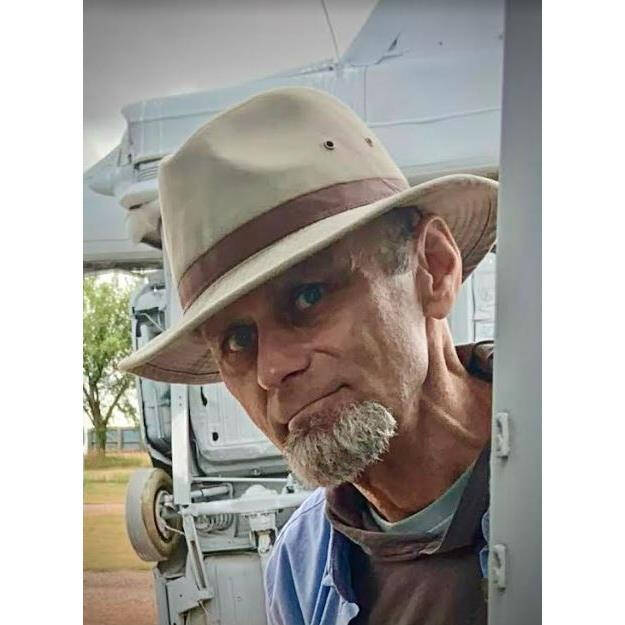 Born in Beech Grove, Indiana to Donald and Joan “Lee” Walker, he grew up in Greenfield and graduated from Greenfield-Central High School in 1971, where he was a member of the National Honor Society, participated in numerous sports, acted as student director of the school’s planetarium, and displayed a tremendous natural gift for art.

After high school, David joined the Air Force, proudly serving his country at Offutt Air Force Base in Nebraska, where he worked closely with the aircrew of the Strategic Reconnaissance Aircraft SR-71 Blackbird.

He then worked for City of Greenfield Parks and Recreation and drove for several years with Greyhound. Eventually his interest in art was rekindled and he was able to support himself through portrait and nature painting. He was named regional winner of the Arts for the Parks annual art competition and exhibition in 1988, and runner-up in 1989 and 1990.

David had a great love of nature and the outdoors, and had lived in Wyoming, Montana, Washington, Oregon, Nebraska and eventually South Dakota. For years he studied and immersed himself in Native American Lakota culture, which had a profound and lasting influence on his life.

David was married to Debra Shortridge and they have one son, Daniel. He was also married to Alexandra Whitehorse.

He is survived by his son, Daniel Walker (and Jessica) of Fountaintown, and his grandsons Evan and Jacob; brother Eric Walker (and Anita) of Noblesville; nephew Bo Walker (and Jenny) of Butte, Montana; and many aunts and cousins. He was predeceased by his parents, Don and Lee, and his sister, Kathy.

A celebration of life will be held at a location in or around Greenfield on a date yet to be announced.

Memorial contributions can be made to the National Park Foundation at nationalparks.org, or to any organization dedicated to preserving nature.

Prefect Dobroslavić on the appropriation of the cultural heritage of Dubrovnik “This is another insult from Serbia, Dubrovnik was and will remain Croatian!”