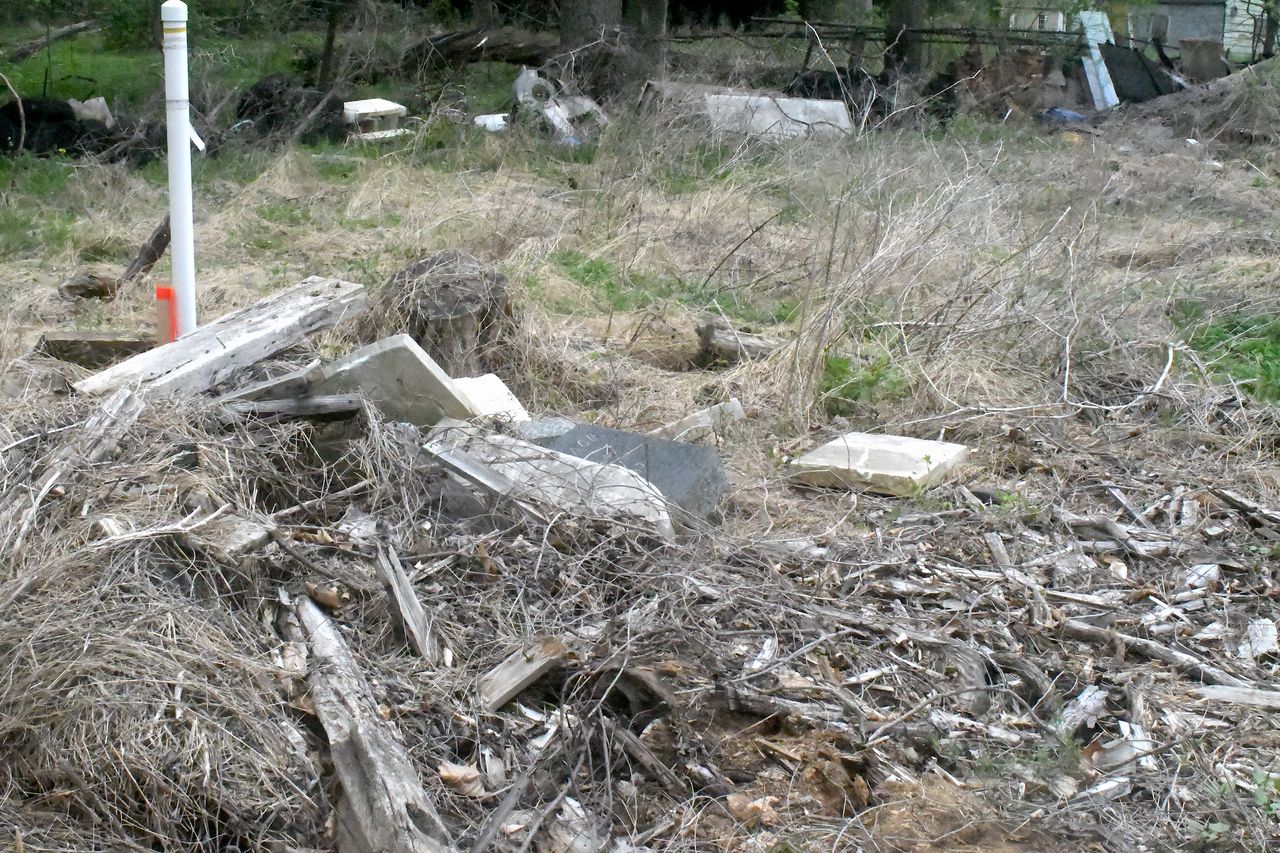 A historic Quaker cemetery in Burlington County was destroyed earlier this month, and residents say no one is held responsible.

Photos from the cemetery show headstones removed from their original locations and several examples of what appear to be open graves, including at least one that appears to have been a child’s grave. Some tombstones are split in two.

Tom Stevenson, also a member of the historical society, said it wasn’t just about destroying the tomb: it was about holding those responsible accountable. Township officials did not say who was responsible for the damage, but Stevenson said he believed it was a company trying to build a through road for a nearby warehouse.

The township administrator did not return NJ Advance Media’s request for comment.

Stevenson says a report was written by the New Jersey Historic Preservation Office to assess the historic nature of the land in 2010, but no one at the local historical society was able to locate that report.

“We have ancestors and our families (buried) here and our heritage, but where is the government’s responsibility?” Stevenson said.

The land that housed the former meeting house of Mansfield’s early friends was sold to private individuals in the 1980s, according to an email from the New Jersey Historic Preservation Office sent to Stevenson and reviewed by NJ Advance Media. The private owners have acknowledged the land as a cemetery and have pledged not to disturb the graves, while allowing visitors, the email reads.

But the New Jersey Historic Preservation Office can’t help either, the email says, and advises Stevenson to contact an attorney.

“Everyone seems to be saying, ‘It’s out of my hands,'” Ramos said.

Thank you for counting on us to deliver local news you can trust. Please consider supporting NJ.com with a subscription.

Katie Kausch can be contacted at [email protected]. Tell us your coronavirus story or send a tip here.

What happens when three Guardians of Battle Creek history form a partnership together? Museum