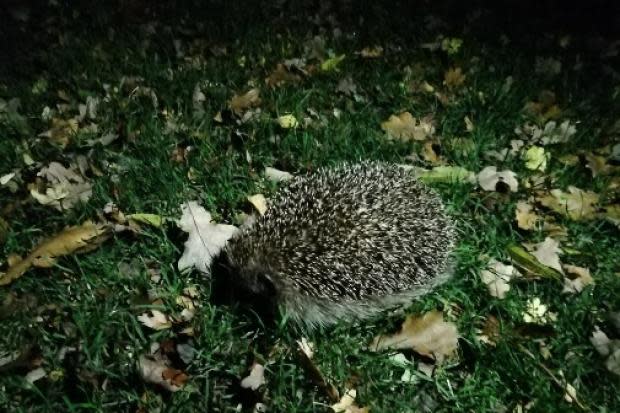 The University of York received a ‘Gold’ award from the British Hedgehog Preservation Society for having a hedgehog-friendly campus.

This recognition follows three years of work by staff and students, who set up feeding stations and inspected and rescued injured animals.

They also raised awareness of how people can help hedgehogs by hosting an awareness day on campus, while setting up hedgehog shelters, which were monitored and stocked with food.

The society estimates that the number of hedgehogs has halved since 2000 and that they are threatened with extinction. The university is one of 13 across the UK to achieve Gold status in 2022.

He remembers seeing many hedgehogs growing up in the countryside, but was surprised and dismayed when a student said he had never seen one on campus.

Professor Nia Bryant, who started the project on campus and is based in the Department of Biology, said: “It has been a very rewarding project, working with different groups across the University has shown how we can work together to make a big difference to the fate of this much-loved species – I’ve also received great feedback from the wider community on our work. »

“We want to take this moment to thank all of the University volunteers who have been involved over the past three years. With hedgehogs now vulnerable to extinction in Britain, your help is more important than ever.