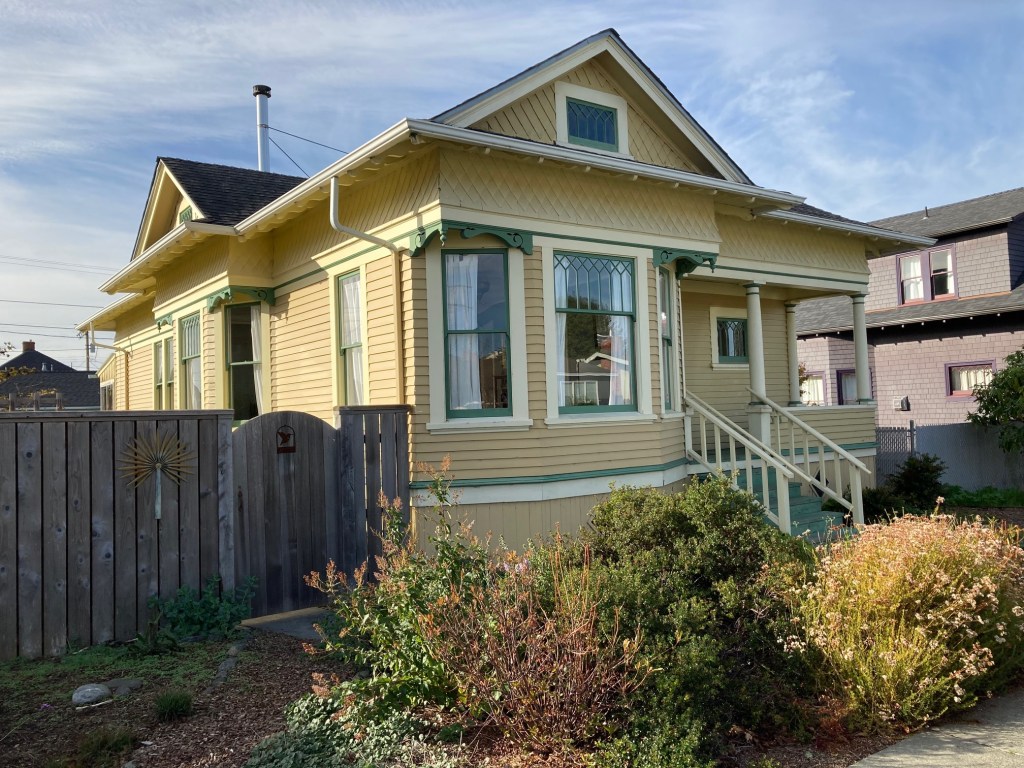 No global pandemic could deter the Eureka Heritage Society from presenting its annual awards to those who have worked to preserve the city’s remarkable historic architecture. Here are the company’s 2021 winners:

â€¢ The Lifetime Achievement Award in Preservation was presented posthumously to Melanie Kuhnel. For a period of 25 years, she was primarily responsible for the restoration and preservation of the Magdalena Zanone House on 16th and G streets and the original Zanone next door, as well as the houses on Eighth and M streets and Washington and A. As a result of his efforts, these homes were listed on the Local Register of Historic Places and Magdalena’s House was listed on the National Register of Historic Places.

Kuhnel was one of the main advocates for the creation of a Historic Clark District, and she worked tirelessly to develop the project. It all started when an owner wanted to build an apartment complex on Clark Street. It was Kuhnel’s testimony to city council that convinced Jack Keller to vote against the complex. The designation of Clark’s Historic District has yet to be secured, but the mountain of documentation gathered by Kuhnel and others is here for the next push.

Kuhnel also served for 11 years on the board of directors of the Eureka Heritage Society, for 15 years on the city’s historic preservation commission, and has made numerous appearances before the planning commission and city council. She was also instrumental in the design of the gardens for the home of the Eureka Heritage Society, the Annie B. Ryan House.

â€¢ The Commercial Preservation Award was presented to Matson and Vallerga Architects Inc. for its offices at 3234 T St. This award underscores the fact that contemporary mid-century modern styles are now firmly regarded as historical treasures.

Designed by local architect Gerald Matson in 1960, the building was erected to his specifications to serve as the home of his business. That year, Peter Vallerga joined the firm.

The structure has many attractive elements, especially the simple verticality of the building materials and the floor-to-ceiling windows that let in light and offer views of the lush landscaping. The interior is a symphony of mid-century modernity: vertical paneled walls, bespoke sliding doors, asymmetrical ceilings with skylights, wide and flat bakelite light switches, a built-in period clock and a table in Custom curly redwood with turquoise formica legs specially designed for the conference room.

While many mid-century modern buildings have been renovated, this early example is an unchanged treasure.

â€¢ The Residential Preservation Award was presented to Ray and Randy Swedenburg for the major restoration of their home at 2424 B St.

The Queen Anne / neoclassical bungalow from 1909 was showing its age by the time the Swedenburgs took up residence in 2007. Although the couple had assistance from local experts, Ray did much of the work himself. restoration after honing skills at the College of Redwoods Historic Preservation and Restoration Technology Program. Randy got involved too, and she scoured myriad issues of the Old House Journal for inspiration on everything from wallpaper to kitchen switch plates.

In the kitchen, a false ceiling was moved, door and window frames were built to match the rest of the house, and new period cabinetry was installed. Now, the room honors the history of the house while offering all modern comforts.

Work throughout the house included the restoration of the original windows as well as foundation work – before and after a major earthquake. A bedroom and a bathroom have been renovated and the acoustic tile ceilings have been removed. All flooring has been removed and the Douglas fir and redwood floors have been refinished. A replica of period wallpaper was then installed, adding one of the finishing touches to this little gem of a home.

â€¢ The Community Preservation Award was presented to the First Eureka United Methodist Church at 520 Del Norte Street. Members of this congregation have always been proud of their church and the volunteer work they have done there over the past 90 years.

Built in 1931, the church reflects the characteristics of Georgian and Greek Revival architectural styles. Both styles are part of a class of architecture that began in ancient Greece and spread over the centuries throughout Europe and then to North America.

Methodist churches across the country reflect various architectural styles, and it’s unclear why this Eureka church was designed in this way. Perhaps it was a nod to the denomination’s emergence in early American history: the Georgian revival was very popular in the 18th century, and the Greek revival was predominant in the mid-19th century. The latter would also have been the first American architectural style to reach the West Coast.

Several features of these styles are predominant on this church, including round columns and a prominent bell tower. The building originally had another familiar element: the jagged cornices. They were removed for safety reasons, but one was saved, and the congregation hopes to reproduce it in the future.

â€¢ Curator of the Year is Bob Felter. After moving to Humboldt County in 2003, he was so impressed with the area’s extraordinary architecture that he decided to enroll in CR’s Conservation Technology and Historic Restoration Program.

Since then, Felter has volunteered for many preservation projects, including helping to restore the Annie B. Ryan House of the Eureka Heritage Society. As a member of the Timber Heritage Association, he helped repair shops in Samoa and cover the rotunda. He also made much-needed repairs to the Gross-Wells-Barnum House, the headquarters of the Humboldt County Historical Society.

Felter has repaired many old wooden windows and recently rebuilt 12 window frames for the North Coast Land Trust in Freshwater. As a member of the Arcata Historic Monuments Committee, he also created a presentation on why old windows should be saved. Additionally, for the city, he researched the state’s Mills Act property tax abatement program and helped guide city council in its passage. Now, qualified owners of historic properties can receive financial assistance for renovation and maintenance.

Felter also teaches Community Reinvestment Grants classes through the Jefferson Community Center. Since introducing restoration techniques to recovered drug addicts, his students have helped with various restoration projects, including the three turn-of-the-century houses they live in.

â€œIt is the most satisfying job I have ever done,â€ he said. â€œI feel like I’ve changed lives.

â€¢ The Redwood Community Action Agency was honored for the restoration of its headquarters, the historic Simpson Vance House at 904 G St.

This majestic Queen Anne was built in 1892, and at the time the Daily Standard declared it to be “one of the prettiest in town”. It features an important two-and-a-half-storey polygonal tower surmounted by a conical dome. Other adornments include semi-circular pediments filled with ornamentation, coffered panels, molding supports and a multitude of volutes.

RCAA bought the house in 1980, but then it was nothing more than a dilapidated shadow of its former glory. The board members knew a major restoration was needed, and this was highlighted one day when the front living room ceiling collapsed during a meeting.

RCAA first listed the building on the National Register of Historic Places. Then, work began on everything from the foundation to the finial at the top of the tower. Inside, virtually all of the historical elements had been removed, so the to-do list was long. It included paint, wallpaper, window lifters, light fixtures, and replicated doorknobs. Outside, a large part of the volutes had to be rebuilt and the shed was repaired.

The work culminated in 1991 when the exterior was painted blue with red and white trim. Since then RCAA has continued to care for this upscale Victorian, which is why it is still one of the prettiest in town.

Adaptive reuse is the process of reusing a building for purposes other than those for which it was originally designed, and it is a valuable tool in saving historic structures. It also ensures that vital historical visuals remain intact.

In this case, the definition is only half correct. The Tuxedo Den was located downstairs, while the family lived on the bright second floor of the house. On the first floor, two walls have been removed to leave enough space for the exhibition hall. They were replaced by large redwood beams made from wood recovered during the 1964 floods and were in harmony with the quality materials already present in the house.

A sensible addition for inventory space was added to the rear of the house and its roof became a terrace for the second floor. Milled cornice moldings in Arcata were also installed and a fireplace was moved from the first to the second floor. The two floors remain accessible by the original staircase.

While the Tuxedo Den was recently moved to a new location, the second floor is still the beloved home of members of the Benbrook family.

Kathy Dillon is a retired journalist and board member of the Eureka Heritage Society.