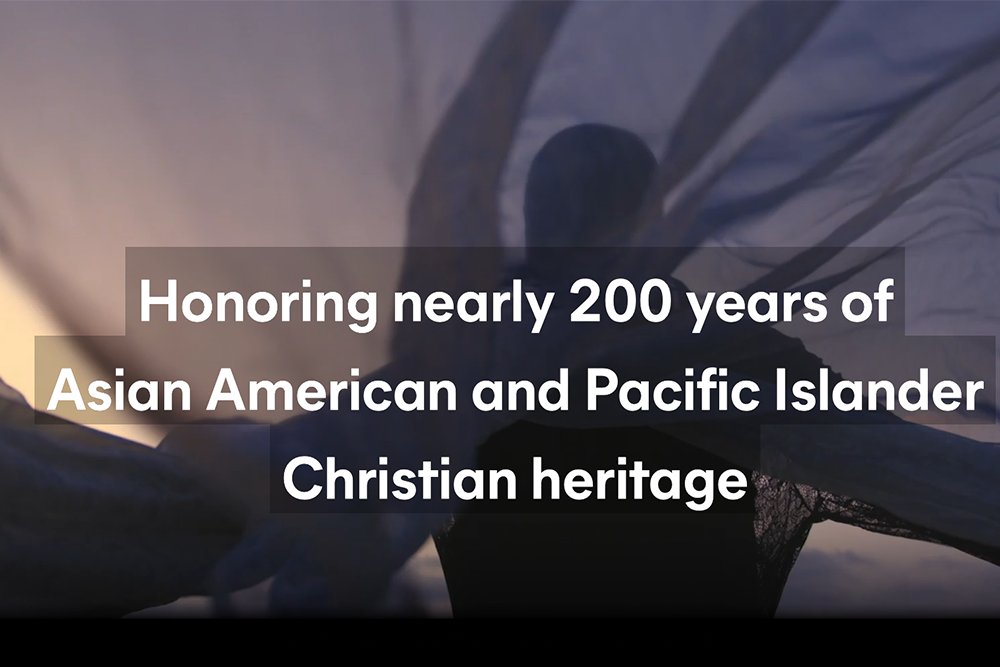 In the beginning… the “Hā” – the breath of Life – hovered on the surface of the waters.

“He lepo ke kanaka.” (Man is dust.) “Na ke Akua i hana.” (By God he was created.) (An excerpt from He Mele No Ka Ke Akua Hana Ana (A Mélé on Creation) by Chief Miriam Kekupuohi, Hawaiian queen and court poet.)

In the early 20th century – although Asian Americans and immigrants had been in the American South since the 1860s – white people began asking where Asian children belonged: “in schools of color” or among white children? Churches across the United States responded by establishing “Chinese Mission Schools,” which offered American and Chinese education — while preserving segregation.

For many AAPIs throughout US history, becoming a Christian meant denying their culture of origin as a means of being baptized into the American identity. But, fortunately, that’s not the whole story. Even as Asian Americans and Pacific Islanders embraced Christianity, many found ways to make the church their own, bringing beautiful language and theology to the faith.

In the introduction to Asian and Oceanic Christianities in Conversation, Indian theologian M. Thomas Thangaraj introduces readers to the concept of “Kiristubhakti” – a compound word of “Kiristu”, the Tamil transliteration of “Christ” and “bhakti”, a Sanskrit. word borrowed from the Hindu tradition, which means devotion, service, adoration and piety. With this term, Thangaraj suggests that all devotion to Christ is rooted in culture and contains within it a desire to “indigenize” the faith, and at the same time points Christians towards the coming reign of God.

Asian feminist theologian Muriel Orevillo-Montenegro speaks of a history and experience related to many Filipino Americans, as well as other Asians who immigrated after America’s wars. In her thesis, she writes:

“Asian feminist theologians must wrestle with the meaning of the cross because the violence that brought Jesus to his death on the cross continues to be a reality in the lives of women not only in Asia, but all over the world.

In 1983, Sione ‘Amanaki Havea, a Tongan pastor and theologian, ushered in a movement to produce a distinctly “peaceful” theology and coined the term “coconut theology”. He said:

“Because we still need to explain our faith through these foreign languages ​​and terminologies… foreign customs and cultures, the Christian faith tends to be for us – even though we have claimed it as our own – after all these years , a foreign faith.

“Everyone in the Pacific literally knows and lives off the coconut. It is…a tree of life for Pacific Islanders. If Jesus had grown up and lived in the Pacific, He could have added another identification of itself – I am the coconut of life.

These frameworks are just a sample of how Asian American and Pacific Islander Christians offer unique contextual perspectives for forming personal Christian identities and bringing an honest, decolonized perspective to Christian history.