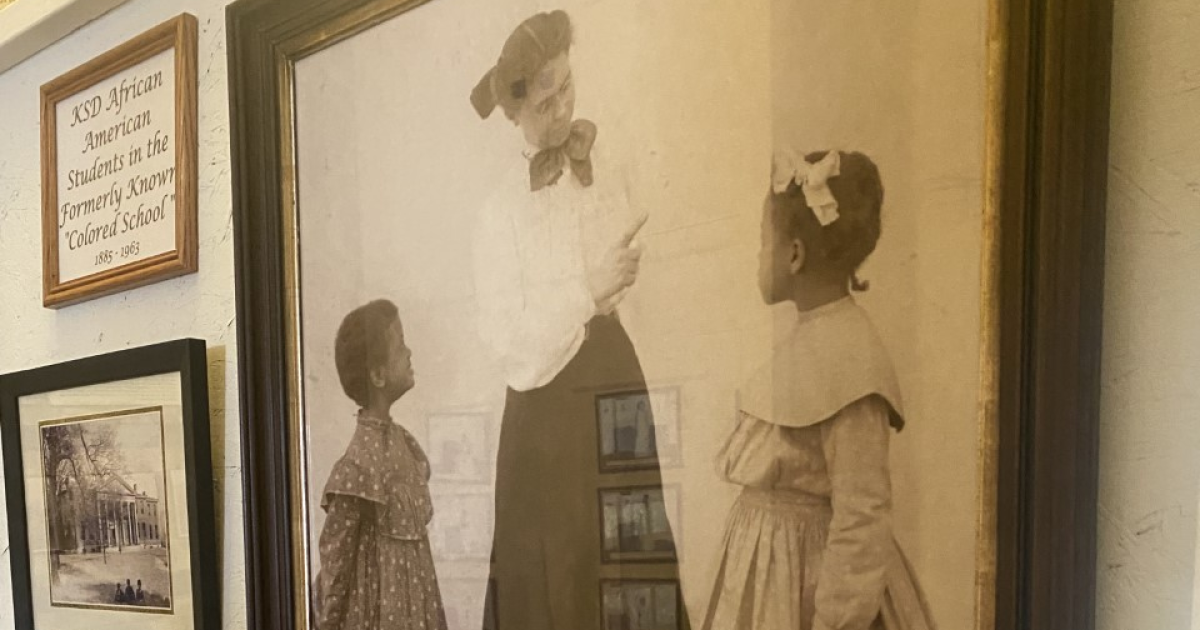 How the community of Danville brings history to life

DANVILLE, Ky. (LEX 18) – Danville’s history is rich in firsts, and the community strives to keep it alive.

The past is etched in stone in several downtown buildings. The foundations of the old building have signs left in the brick, like the Welch and Wiseman store.

“I like it when you take the time to watch [around Danville], you can see things, “said AnnYager McCrosky, with Heart of Danville.” You see these ghosts from our historic past. “

â€œWe’re seeing more and more transformations and people understand the value of these buildings,â€ said McCrosky. â€œSo we worked really hard with the historic tax, but with tax credits and historic preservation, to help bring these buildings back. “

Many members of the community strive to bring ghosts from the past to life.

The city is home to the first state-funded deaf school. The school is still functioning and the Jacob’s Hall Museum is constantly updated and restored to showcase its history. It includes a special section on the Separate Deaf School for students of color.

Danville is also home to the world’s first abdominal surgery. His house now serves as a museum that presents the room where the operation took place.

There’s also a lot of the past that you can’t see in Danville.

Constitution Square in town is said to be where Kentucky became the 15th state in the Union.

The park is now a replica of what the area would look like at the time. However, it was once the black business district. The urban revival of the 1960s called for its destruction.

â€œMost blacks couldn’t shop, eat, or do anything in the white settlements, so they created their own neighborhood,â€ said Michael Hughes, president of the Danville-Boyle County African American Historical Society. â€œThere were hairdressers, there were grocery stores, there were dental offices. There were doctors’ offices, and especially a lot of restaurants, and people went there alone. comfortable. They felt safe. “

Hughes says black business owners had no idea they would lose their business back then.

â€œThey said the Whites wouldn’t come to Danville to visit because of Second Street, so there was a plan to get rid of it, and that’s what they did,â€ Hughes said. â€œThe urban renewal came with a plan telling people that they were going to renovate the buildings and sell them back to black people, and so they could maintain the building, but that didn’t happen. They sold it to there. ‘State, and the State sold it to the city, and now you see the park as it is now. “

Instead of losing that story, a partnership between the Heart of Danville, the African American Historical Society of Danville-Boyle County, and Center College have teamed up to create “forgotten landmarks.” It is a brochure that marks the sites of Danville, with what they would be like if a monument or statue were there to tell the forgotten story of African Americans.

Two students from Amy Frederick’s class worked on the project, doing the research by collecting stories and matching locations.

“What I’m trying to do with this course is make students understand that all visual culture, especially monuments, is not neutral,” said Frederick, assistant professor of art history. at Center College. “They are in certain places in certain places, and they have a certain appearance for specific reasons. And just as important, we have to recognize what is not there as much as what is there.”

They say it couldn’t have been broken down without the partnerships they’ve formed to make it a reality.