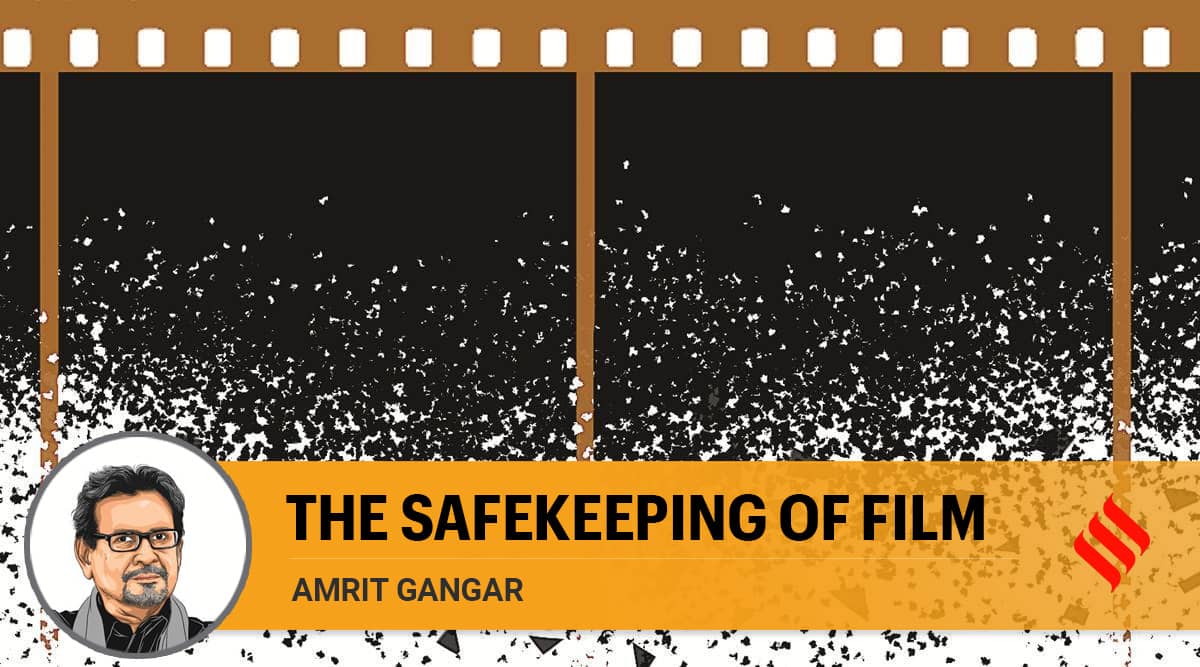 How to protect Indian film heritage

Institutions, especially publicly funded cultural institutions all over the world, have certain historical priorities while remaining flexible in the face of upheaval caused by technological and political demands. Historically, they are known to perform better without the shackles of centralized power or unnecessary bureaucratic hurdles. Their ROCE (Return on Employed Capital) is not as tangible as that of iron and steel – their intangibility lives in the collective pulse of the nation, which throbs in its artistic creations, including cinema. In this context, it would be interesting to try to understand the history of the four so-called central government media units – the Film Division, the Indian Children’s Film Society, the National Film Archives of India and the Head of Film Festivals – looking at the recent merger of them with another near-inefficient unit, the National Film Development Corporation.

For many years, researchers have questioned the treatment of cinema as an object either of “information” or of “distribution”, given that it is essentially neither one nor the other. There is an obvious defect in the roots.

When the NFAI was established in 1964, 17 long years had passed since the independence of India, during which many feature film negatives had perished, before they could find their way to ‘in the archives of Pune. Imagine, we have no record of our first talkie Alam Ara, released in 1931. Ninety years is not long on the archive timescale. But if we count the real time from 1964, we only have 33 years left to enrich the archives of India, country of so many cinemas. By this time, India had already produced more than 7,500 feature films in all major languages.

Not to mention the silent feature films (produced between 1913 and 1934; numbering over 1,300, of which barely 2% survive), large chunks of the first talking films post-1931 have also disappeared. The late PK Nair, founder-conservative-director of NFAI, once told me about meeting Ardeshir Irani at Jyoti Studio (where Iranian company Imperial Films used to be) while he was looking for all the existing film copies. in laboratories and studios in Mumbai. Irani told him that a few Alam Ara footprints lay in a corner, but his son intervened, disputing him and added that “the old man had become senile.” The point, however, is an unfortunate guesswork. Had the NFAI been created a decade earlier, its vaults might have possessed copies of India’s first talkie film, and much more. This only indicates how important it is to hold record keeping exercises accountable at the national level. At the federal level, they must be given priority, empowering the film archive as an independent and less bureaucratically burdened body without resorting to excessive centralization and fusional marriages.

The United States has more than 30 major film archives, museums, and libraries, most of which are government agencies. The National Film Registry is the collection of films from the National Film Preservation Board of the United States selected for preservation for their historical, cultural, and aesthetic contributions, while the huge Library of Congress offers numerous online search options for access. easy audience. It exists to serve American citizens and the people of the world in general. A real Vasudhaiva Kutumbakam.

In fact, India should have as many archival facilities as the number of States and Union Territories has so that poor students in remote villages who wish to pursue research can have easier access not only to NFAI’s film collection, but also its books and other reading and viewing documents.

This could also be done individually by the Films Division (established in 1948), which is not only a production unit but also a custodian of Indian history on analogue and digital media since independence. Most of the great Indian filmmakers, in addition to many young filmmakers and artists, have made films for the FD, making the country’s cultural and audiovisual heritage rich and palpable. These must be freely disseminated among the people preserving them with care and compassion. No private entrepreneur would have ventured into this area because it would not be a good “business” proposition for him.

In its library, the CFSI has many films which are to be widely distributed across the country. There are a number of national and international award winners, offering engagement to young minds. Over half a century ago, FD and CFSI produced a magnificent mix of fictional and non-fiction animated films and puppet films to instill good civic sense as well. I was part of the monthly Sunday morning showings of CFSI films at a cinema in the Kandivali suburb of Mumbai. They were organized by practicing doctors attached to the Kandivali Medical Association. The screenings saw hundreds of children and young students enthusiastically gather to watch films; the filmmakers would attend some of the programs and interact with the children. All of these activities were carried out on a non-profit basis. The word “monetization” had not entered our consciousness.

NFAI regularly hosts screenings of rare films from its collection in its campus auditorium in Pune (open to the public on a registered membership basis), while the FD and CFSI have their biennial international film festivals. I have closely followed the launch of the Mumbai International Film Festival (MIFF) for documentary, short and animated films by the Films Division, which has trained many young filmmakers from this country.

Then there is the DFF, founded in 1973, which, besides organizing the Indian International Film Festival (IFFI) and overseas events, also takes care of several other cinema-related events, including the Dadasaheb Phalke Awards.

All of these bodies under the Ministry of Information and Broadcasting function individually as well as in coordination, each carrying its own history, recording the many national ups and downs as public services without any dominant monetary or profit motive.

How about creating an Umbrella Chalachitra Academy? The only state that has one is Kerala, which effectively and efficiently manages all cinema related activities under the Kerala State Chalachitra Academy. Such an umbrella academy would help keep the cultural ethics of a nation under too centralized dispensation.

This column first appeared in the print edition on December 30, 2021 under the title “The safeguard of the film”. The writer is a Mumbai-based film scholar, curator, historian and writer

As the Kremlin revises history, a human rights champion becomes a victim