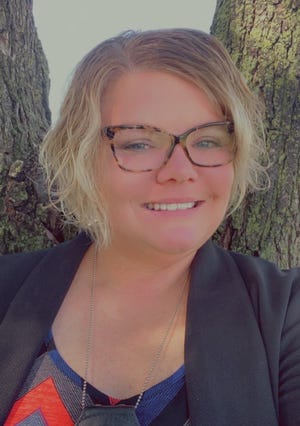 The award, awarded to just four individuals or organizations in the United States in 2021, celebrates members of multidisciplinary teams who work alongside children’s advocacy centers, recognizing those who have excelled in promoting justice and healing children.

Nominees for the national award may include individuals or organizations working in child welfare, law enforcement, prosecution, medical care, mental health, or another member of EMD.

Kelly has been recognized for her work with abused children at Hutchinson. She regularly sacrifices her time to do all she can to provide whatever support is needed in the pursuit of justice for these children, making sure that each of them knows that she is supporting them no matter what, according to the appointment. .

Born and raised in Hutchinson, Kelly is the fourth generation of law enforcement in her family and the third to work for HPD. A graduate of Hutchinson High School, she joined the Police Department in 2002.

She has been a patrol officer, street supervisor and field training officer. In October 2015, she was promoted to her “dream job” as a juvenile detective, where she is currently assigned.

“Working for those who don’t have a voice, I think it’s the best job in the department,” Kelly said.

Married, mother of three children and two granddaughters, she enjoys spending time with her family in the family business and camping or swimming.

The National Children’s Alliance (NCA) is a professional membership organization whose mission is to make a big difference, one child at a time. For more information on NCA, visit nationalchildrensalliance.org.

The Hutchinson Police Department welcomed the new employees to the department during a swearing-in ceremony on July 9 in the HPD auditorium.

HARPER – Patterson Health Center has been announced Kristen birket has been appointed its new director of marketing.

Birket is responsible for promoting the Patterson Health Center, as well as organizing public relations efforts.

She joins the PHC team at Mennonite Friendship Communities in South Hutchinson, where she served as Director of Community Development, leading marketing efforts and independent home sales. She was also a reporter for The Hutchinson News from 2007 to 2014.

Saving the history of firefighting: Old trucks, devices on display in Manassas,…