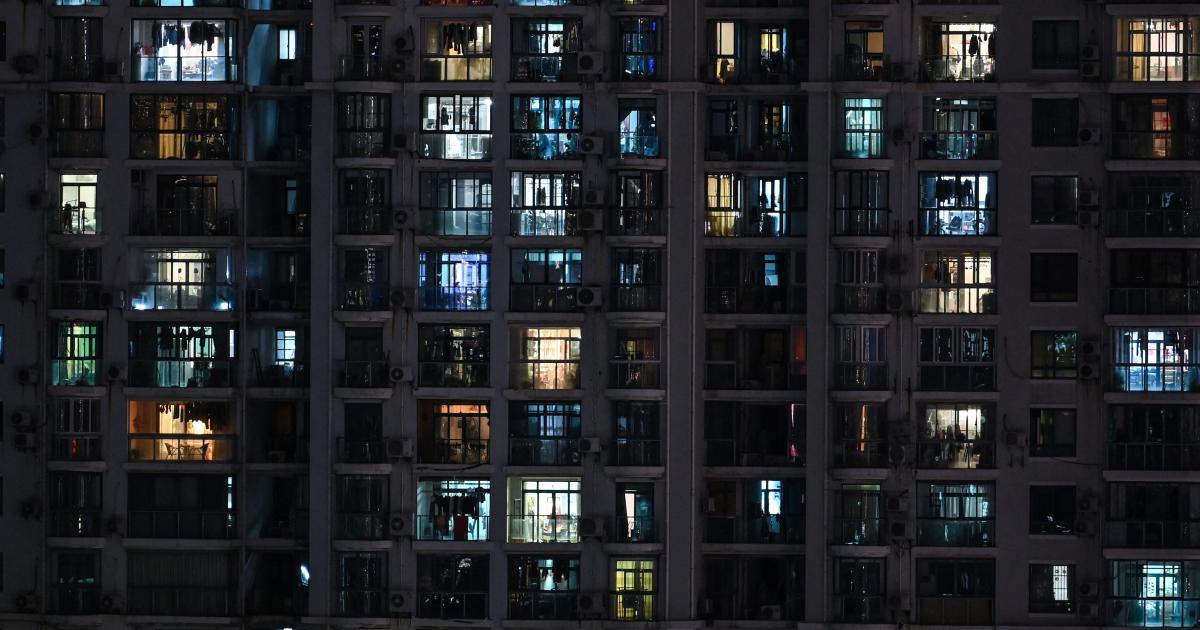 The draconian nature of Shanghai’s lockdown over the past two weeks has shocked observers around the world and traumatized the city’s 26 million residents, most of whom remain forcibly confined to their homes.

Many are hungry and unable to acquire basic foods. Some people with chronic illnesses are unable to get critical treatment, and some have died after being denied admission to hospitals due to pandemic protocols.

This fate is not unique to the people of Shanghai. Several other Chinese cities have imposed similar shutdowns since 2020, and will more likely do so in the coming months. Every lockdown seems to cause more harm than it prevents, but governments across China continue to cling to this playbook.

For a government to knowingly and repeatedly wreak havoc on its people to contain a virus with such a low death rate would be surprising if the purpose of the lockdowns was to promote public health. But China’s “zero COVID-19” policy has never concerned the people whose livelihoods it disrupts. The real objectives were always political.

That public health takes a back seat to politics comes as no surprise to anyone familiar with China’s ruling Communist Party. In China, the people exist to serve the government, not the other way around. While most civil servants would rather not disrupt the lives of their subjects, their careers depend on meeting key performance indicators.

General Secretary Xi Jinping has repeatedly made it clear that keeping the pandemic under control is the most important KPI, prompting officials at all levels to keep infections as low as possible, regardless of the disruptions this entails or their impact on society. .

Xi’s “zero COVID-19” obsession is due in large part to the fact that over the past two years the propaganda apparatus, which he controls, has grounded much of its claim to legitimacy and from that of the party on the supposed superiority of these policies. , which, despite their harsh nature, have allowed the country to consistently report significantly lower numbers of infections than most other countries, while minimizing disruption to those not directly affected by the lockdowns.

With the highly contagious omicron variant threatening to derail that narrative, Xi cannot afford to let a weak link anywhere in the country jeopardize his ambition to secure an unprecedented third term in power during the 20th Party Congress this fall.

This is all the more crucial given the likelihood that an uncontained spread will lead to mass deaths among China’s elderly population. Over 130 million Chinese over the age of 60 are unvaccinated or have not been vaccinated, more than the entire population of Japan. The outbreak in Hong Kong in February and March highlighted the risk of this vaccination gap by infecting 1 in 7 residents and killing almost 6,000 people, mostly unvaccinated elderly people.

Anecdotal reports of unreported deaths from COVID-19 in some Shanghai nursing homes indicate that China may already be grappling with this reality. However, the controlled environment of a citywide lockdown allows the city government to contain and minimize these reports, and it continues to classify 96% of cases as asymptomatic and report no deaths.

The outbreaks in Shanghai and some other places pale in comparison to the number of infections and deaths that would occur if the government significantly relaxed its pandemic controls. It would also make it harder for the government to suppress inconvenient facts about infection rates and deaths, which could discredit the propaganda narrative around Xi’s handling of the pandemic.

The widespread resentment towards the government – and even some instances of looting – that have resulted from Shanghai’s lockdown might make such a reassessment seem warranted, but Xi doesn’t seem to see it that way.

Previous experience in other cities shows that public resentment tends to dissipate after lockdowns are lifted and is usually replaced by a sense of triumph over the Chinese model. If this precedent holds, then the city’s successful eradication of the virus could even bolster Xi’s and the Chinese Communist Party’s sense of legitimacy.

It is far from certain that the current situation will follow past experience. Nonetheless, Xi has addressed these challenges by doubling down on “zero COVID-19” policies. Provincial and municipal leaders across China will not dare to deviate, especially in the run-up to the Party Congress, during which many of them are vying for promotions.

One such official is Shanghai Communist Party Secretary Li Qiang, who before the outbreak was a favorite to be appointed to the ruling Politburo Standing Committee.

Li is an important ally of Xi, and his status as a member of the Politburo will likely shield him from the worst consequences of the city’s mishandling of the outbreak. Still, it’s hard to imagine that the chaos he presided over in Shanghai wouldn’t derail his chances of entering China’s highest governing body.

Provincial and municipal leaders across China will seek to avoid finding themselves in a similar predicament. As they enter the home stretch ahead of this fall’s leadership reshuffle, Shanghai’s fate will likely lead them to lower the threshold to impose similar lockdown measures.

Xi has given them their marching orders, and they have one overriding interest: to keep the pandemic under control regardless of the cost to the local economy and public welfare.