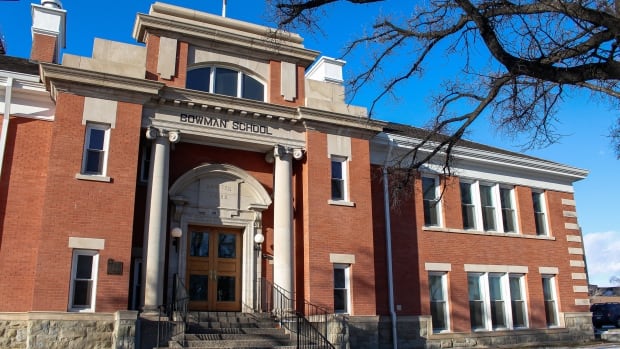 Lethbridge’s historic building at the center of community debate

A historic building in downtown Lethbridge is at the center of community debate after city council took steps to possibly sell it last month.

The Bowman Building, built in 1912, stood empty for seven years, but is being considered as a possible location for an Aboriginal center in the southern Alberta town.

Last month, Lethbridge City Council passed a motion approving a competitive request for proposals to turn the property over to private buyers rather than keep it in the city’s portfolio. An update on this process will be presented to the Board on May 24.

This week, after a presentation by three Indigenous community leaders, a new motion was presented by the Councillor. Jeff Carlson was aiming to overturn last month’s board decision on the Bowman.

It was rejected, 5-4, which means the sale process will go as planned.

It’s possible the hub will still be in the building, but that depends on the outcome of the RFP process and the council’s decision.

Bowman as a possible Indigenous hub

On February 1, the city voted unanimously to allocate nearly $500,000 to establish an Indigenous resource center in the city.

The hub was a recommendation made as part of the city’s Community Safety and Wellbeing Strategy. Its annual funding does not come from city money, but from provincial and federal grants.

The hub’s goal is to “serve as a centralized access point to Indigenous resources, available to community members and organizations,” according to a city report.

The Blood Tribe is responsible for providing central services that would provide social programs, culturally appropriate programs, and housing.

The Bowman Building has been a strong contender as a possible location for the hub, Mike Fox, the city’s director of community services, said in an interview last week. But he says council began in December considering divestiture of some of the city-owned buildings, including the Bowman Building.

“A natural place to meet”

The building is located on Fifth Avenue in downtown Lethbridge, across from the public library and close to City Hall.

Its location makes it a good place for the hub because it’s close to where people likely to access its services typically congregate, says Dr. Esther Tailfeathers, family physician at Blood Reserve.

“It’s just a natural gathering place for people there,” she said. “They can warm up in the library…the warm bus station is just down the street.”

Fox says the contract for the hub is for three years and they wouldn’t want to put the hub in a building that could be sold.

“From an administrative point of view, we wouldn’t want to locate the resource center and get the community used to being in one place, then move it if we divest ourselves of ownership,” he said.

He says the council wants “to have all the information before deciding on the use of this building”.

“It’s not just about this building,” Hyggen said in an interview last week.

“I get a little frustrated when bureaucracy gets in the way of progress. If it was just a decision, fine, but there are people literally dying in the streets,” the city council told Braided Hair.

He says no matter where the hub is, he hopes the project will move forward quickly.

City manager Lloyd Brierley said there may be better locations for the hub.

“We want to work with the Blackfoot and look at all the options available. If the Bowman was one of them, I think there are also other potentially viable options that could be equal or better,” he said.

Tanya Pace-Crosschild said the decision to eventually sell the Bowman wasn’t just about one building.

“The decision not to open the Bowmen to the Native Center is not just about this decision, but about allowing NIMBY to be approved at the executive level,” she said.

“Ask yourself what you want your legacy to be? »

When asked if the building’s location in downtown Lethbridge drove the decision to eventually sell the building, the mayor dismissed the idea.

“It has nothing to do with it. We just want to make sure it’s the right place,” Hyggen said.

City Council Belinda Crowson voted against the sale of the building and says council could have been more strategic.

“Whether it’s the Bowman or some other venue, I think it would have been better if the venue and the money had been announced together…it would have moved the process along,” he said. she stated in an interview.

She says not doing so has caused problems for the town’s relationship with the Blood Tribe community.

Bruised Head says he doesn’t understand why the building is being considered for sale now, after sitting empty for so many years.

“I’m saying there’s been a lot of dialogue and it only takes one meeting to kill that progressive, respectful dialogue and communication,” he said in an interview.

Com. John Middleton-Hope moved the Feb. 15 motion that carried 6-2 to start the RFP process for the Bowman Building.

Middleton-Hope says there has never been an “indication” that the building will be sold and not used for the hub despite the ongoing bidding process.

“There are other options available. This is a business decision. We have a fiduciary responsibility to all citizens of this community and that includes reviewing all city assets,” he said. stated at the board meeting.

He says this is in line with city policy that looks at city assets and their future use.

The Lethbridge Historical Society does not want the building sold. He wants to see him continue his story of service to the community.

The Bowman Building has served as a school, museum and arts center. In 1982 it was designated a Provincial Historic Resource.

“We don’t necessarily understand why [the city] would choose this building when there are so many other buildings in [the city’s] portfolio that are perhaps less significant, less historical and less viable,” said Lorien Johansen, vice president of the historical company.

She notes that 10 years ago, the building was being discussed by city council as a location to house non-profit organizations, even before discussions about the hub.

Sisi in Riyadh… The consolidation of an Arab regional order