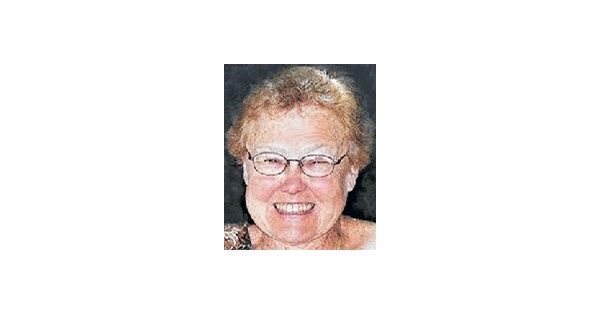 By Belinda F. Devane On Jan 16, 2022
Share
Sherwood, Martha Stone SCHODACK Martha Stone Sherwood of East Greenbush, Schodack passed away peacefully at Albany Medical Center on January 13, 2022. She was predeceased by her parents, Dr. Winfield S. Stone and Margaret Work Stone of Delhi, NY She was also predeceased by her granddaughter, Katherine Theresa Sherwood. She leaves behind her devoted husband of 54 years, James C. Sherwood. She is survived by her brother, Daniel W. Stone (Deko) of Daytona Beach, Fla.; and her sisters, Judith A. Stone of Ballston Lake, NY, and Deborah M. Stone of East Greenbush, NY; his nieces, Mary Stone Ross (Jeff) of Bethesda, Md., and Grace Martha Stone of Daytona Beach; and his nephew, Andrew M. Stone (Katherine) of Chattanooga, Tennessee. In addition, she leaves behind several great-nieces and great-nephews. Martha graduated from Columbia High School at East Greenbush in 1962 and from the State University of New York at Albany in 1966. After 33 years working for the New York State Office of General Service, Martha retired from her position as personnel manager. After officially retiring, she continued to work part-time for NYS OMCE. Martha cared deeply about her town and was an active member of the community. You might find her present at almost every town council meeting in the town of Schodack. She was also an officer of the ESQUATAK Historical Society which is dedicated to preserving the local history of Schodack and Nassau, NY. Additionally, his volunteer activities included delivering food to the town of Rensselaer through the Meals on Wheels program. Martha loved to learn and continued her education by attending the East Greenbush Library as well as attending many classes at Hudson Valley Community College. Almost every night she watched Jeopardy and enjoyed knowing most, if not all, of the answers. While Martha loved all things “local”, she also loved traveling. Over the years she has taken many trips through Elder Hostel, often by train, with her fellow traveler Gail or her sister Judy visiting national parks and historic towns. Martha was a wonderful homemaker and excelled in sewing, knitting, cooking and baking. The “Cipolliri girls” and the “Gigliotti girls” were the mainstays of Martha’s life. While they were growing up, Martha enjoyed her weekends teaching them how to bake cookies or taking them out to lunch. In addition, Martha was an avid gardener. One of her favorites, the violets, covered her garden with color every year. She also took great pride in tending to her apple and pear trees which she had started from seed and which now stood over fifteen feet tall. Martha was a big animal lover. Over the years she has provided love and care to many furry felines. Birdwatching was also one of his favorite hobbies. Hummingbirds often adorned the feeders just outside her kitchen windows. Martha was a very social person and was known for her neighborhood backyard barbecues as well as cooking large sit-down dinners with her close friends and family. Laughter was the main event of all the gatherings. Martha was very devoted to all members of the family and at 7pm sharp on Sunday, without fail, she would call her 100-year-old Aunt Cathie to talk about the weekly events. Martha leaves behind a legacy that will live on in all who knew and loved her. Although now heartbroken, our hearts will eventually mend and we will be comforted to know that she will live on in our memories and in our hearts. Relatives and friends are invited to visit his family on Monday, January 17 from 2 to 4 p.m. at Lasak & Gigliotti Funeral Home, 208 N. Allen Street, Albany, NY. Please enter the funeral home only through the rear parking lot doors. Masks are mandatory. The funeral will be held on Tuesday, January 18 at 10:00 a.m. at Lasak & Gigliotti Funeral Home. Masks are mandatory. From there to the Holy Sepulcher Cemetery in East Greenbush, NY, where the Rite of Commitment will take place. Donations in Martha’s memory may be made to Mohawk-Hudson Humane Society, 3 Oakland Ave., Menands, NY 12204 or ESQUATAK Historical Society, PO Box 241, East Schodack, NY 12063. To leave a message to family or see other helpful services please visit www.lgfuneralhome.com.

Time is not on our side with climate change | News, Sports, Jobs