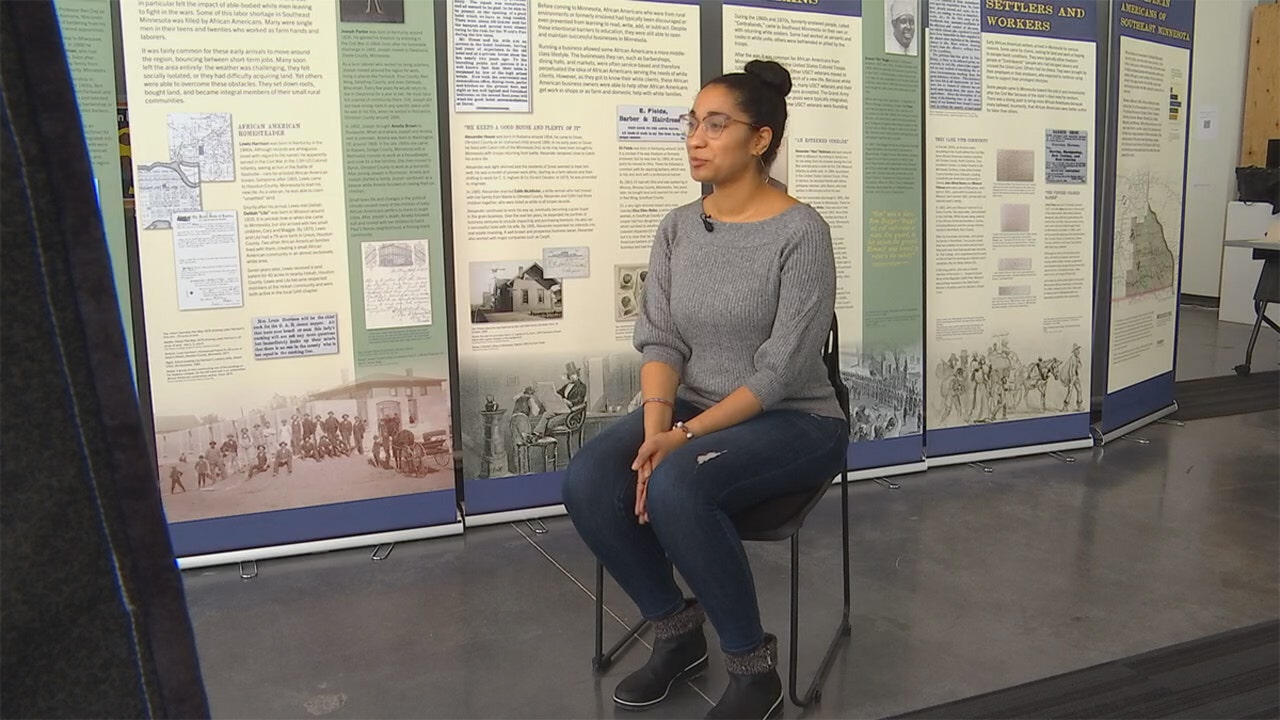 The exhibit focuses on the migration of early African Americans to southeastern Minnesota. Curator and genealogist Mica Anders curated the exhibition. “I think the biggest takeaways were that African Americans were here so early and they didn’t stay,” says Mica Anders. His research began in 1860. “What I have learned is that some people came of their own accord. Some people came from the south who were once enslaved, either they escaped (or) they brought here by a slaver,” Anders explains.

From an area including Goodhue, Winona, Rice Counties and more, African Americans then made up less than one percent of the population of southeastern Minnesota. Anders says those who came here by choice sought land and work. Anders says, “A lot of people have been successful in service roles. So they were barbers, shop owners, or restaurant owners, but they were in roles that kept them in a service capacity. But they were still able to s ‘strive and do well. for their families.’

The exhibition – incorporating photographs, archival documents and illustrations. Highlight notable characters while displaying a dark side to the story. “I think the most important thing is that the untold stories are the history. I think the other thing is that black people came here, it’s not new…it didn’t happen with the big migration yeah more people came but Minnesota’s story is everybody’s story,” Anders says.

Anders says that at one time Red Wing, Minnesota had one of the largest black populations outside of the Twin Cities and Duluth. the exhibition is free and will be visible until July. More information can be found at the link below.