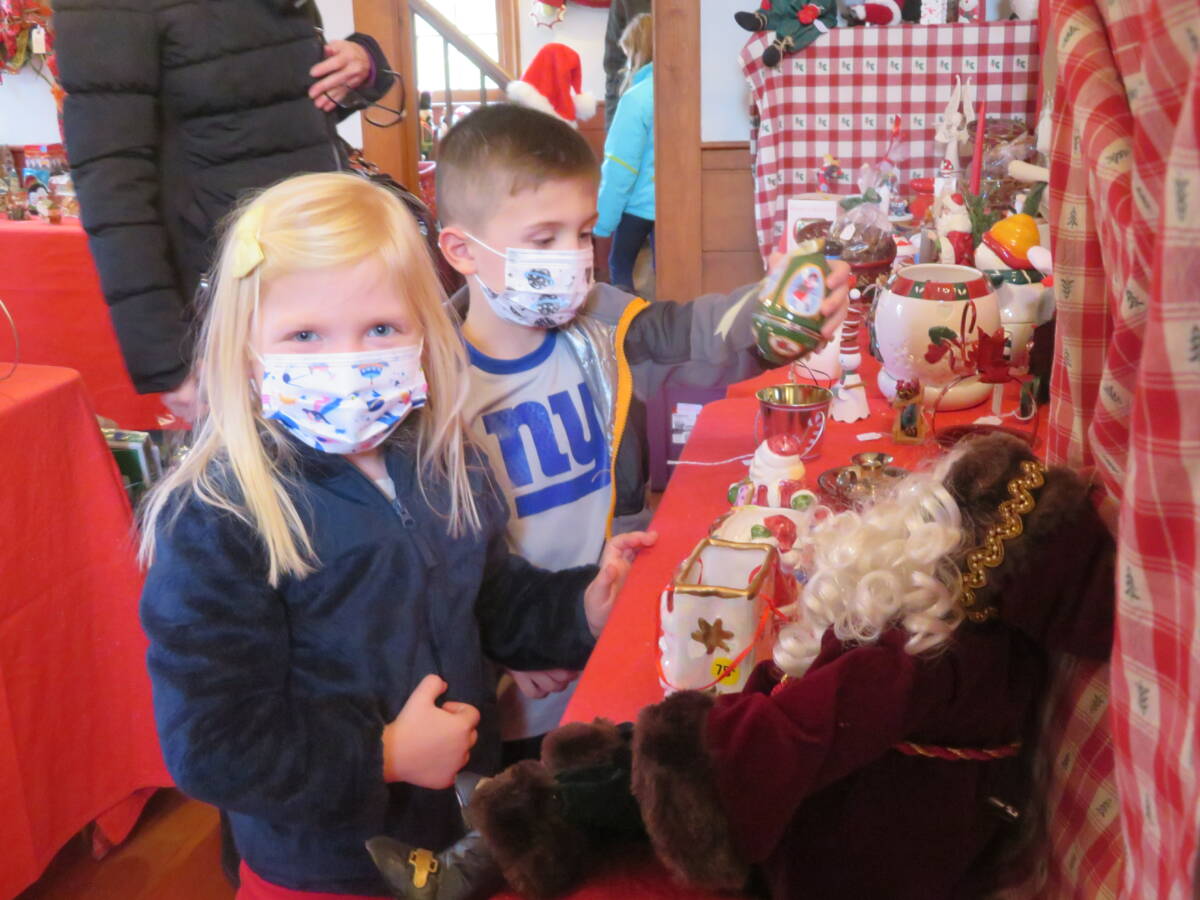 MONROE, CT – Arianna Bruno walked out of the historic Meeting House on Barn Hill Road with a box containing a snowman holding a globe after shopping at the Monroe Historical Society Christmas Fair on Saturday morning.

â€œLooks like it’s from the 1970s,â€ she said. “My three year old daughter wanted something to blow up outside, but I hope she likes it.”

Arianna Bruno bought a present for her daughter at the Monroe Historical Society Christmas Fair, held Saturday morning at the Meeting House on Barn Hill Road.

Bruno bought the snowman decoration for a bargain price of five dollars.

Residents of Monroe had ample opportunity to do their city vacation shopping on Saturday. In addition to the Historical Society event, the Harmony Grange and St. Peter’s Episcopal Church have organized Christmas fairs.

Among the wares in St. Peter’s were jewelry and knit ankle boots, infant sweaters, hats and mittens, handcrafted by Marlou Wagner of Derby, owner of ML Designs. Wagner perfected his technique as a member of the Soundview Knitting Guild in Trumbull and taught the technique at Janet Kemp’s Fine Yarns in Stratford.

A Hugs and Kisses cardigan has a cable with X’s and O’s woven into the design. A Grow With Me sweater is 0 to 18 months old. Wagner said he had long sleeves that later became three-quarter sleeves and a chest that grew with the child.

Angel Wings, a yellow sweater, had an angel knitted on the back. â€œIt’s good for baptisms,â€ Wagner said.

Scouts of Troop 203 sold Christmas wreaths outside the Monroe Volunteer Fire Co. fire hall at the corner of Route 110 and Moose Hill Road. Earlier today, the Monroe Lions Club donated and hung wreaths at Town Hall and the Edith Wheeler Memorial Library, in keeping with its annual tradition.

In the evening, the annual tree lighting at the Monroe Women’s Club drew a crowd that covered the green with the gazebo in front of Town Hall.

Monroe firefighters led Santa to light the tree in one of their fire trucks, giving the kids another chance to see St. Nick before he brought gifts home. Christmas Eve.

First Selectman Ken Kellogg, who spoke at both the Monroe Women’s Club and the Tree Lights of the Save Our Stepney task force, spoke about the religious freedom the country enjoys and, after a year where the COVID-19 pandemic has prevented social gatherings, he expressed his gratitude that families and friends could come together to celebrate the holidays this year.

â€œThis year, I hope you can spend some time with your family that you might not have been able to last year,â€ Kellogg said at the MWC event. â€œFamily is such an important thing. It’s such an important part of Monroe’s fabric. We are such a family town.