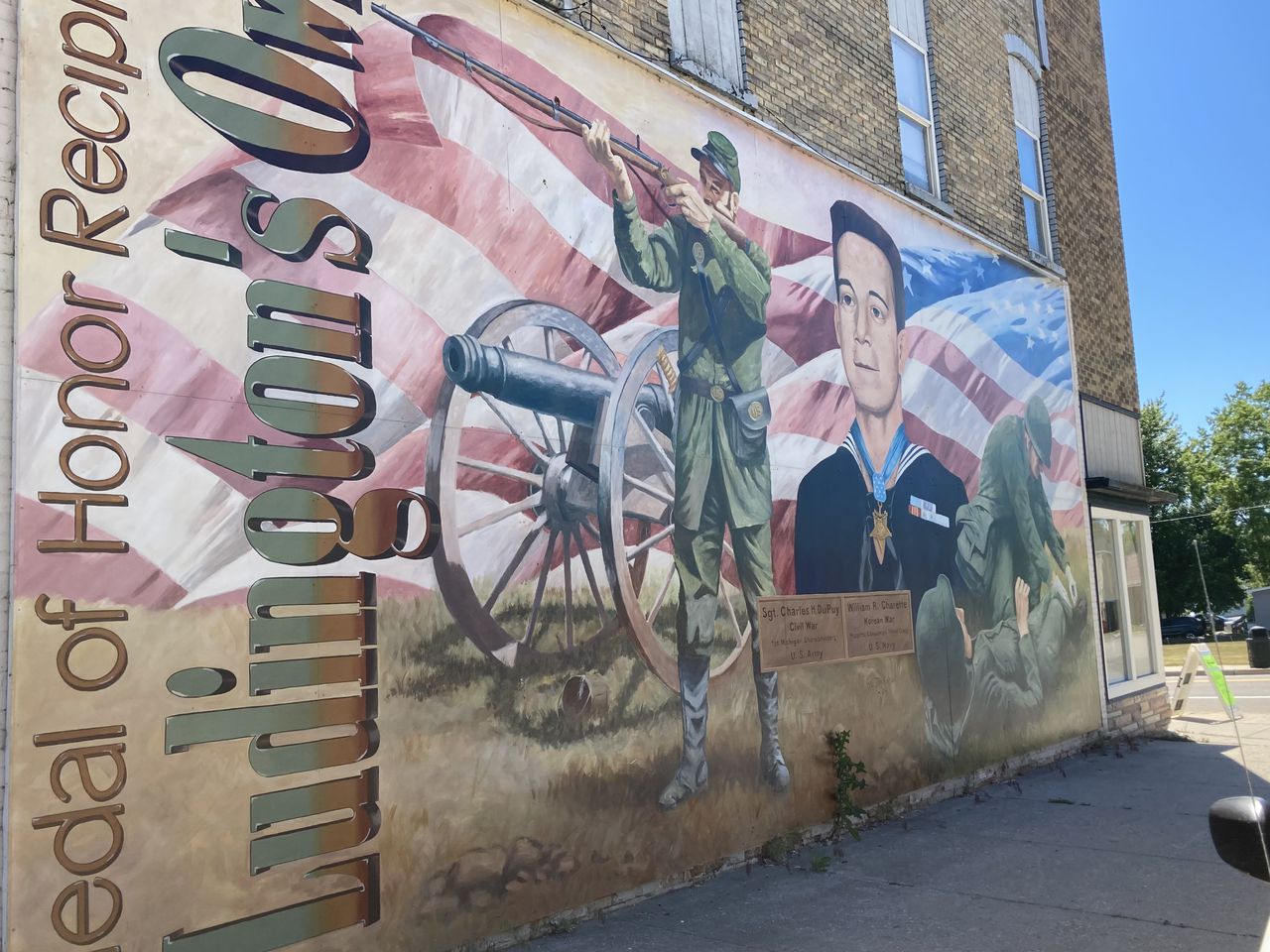 LUDINGTON, MI – A large mural honoring the two Medal of Honor recipients from a northern Michigan town will be moved to a new home, the Mason County Press Reports.

The Mason County Historical Society plans to move the “Medal of Honor Recipients: Ludington’s Own” mural, from a building in downtown Ludington to the local American Legion, according to the report.

The 16ft by 36ft mural by Terry Dickinson, of Kingsley, was installed on the southeast corner of James and East Filer streets in 2004. Now the building has new owners who are renovating and want to add windows On the second floor. , meaning the mural will no longer fit, according to the report.

“Board members all agreed that the American Legion would be the most appropriate location for this mural because it honors two distinguished veterans,” Rebecca Berringer, the historical society‘s executive director, told the hurry. “We are very happy with this move and believe the mural has found a good home.”

The Fenn Valley Wine Festival returns after a 2-year hiatus