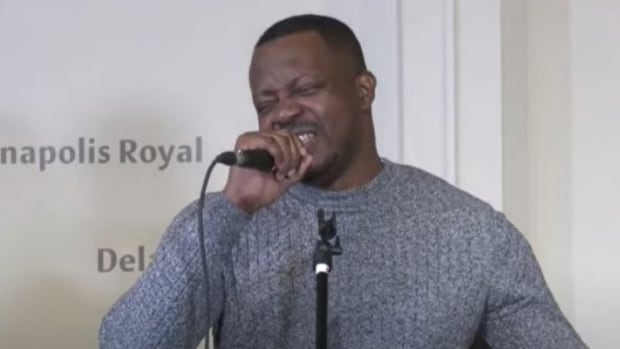 Nova Scotia’s 38th annual African Heritage Month kicked off with a virtual opening ceremony for the Black Cultural Center for Nova Scotia on Thursday evening, complete with musical performances and memorabilia from the past.

At the start of the event, Mulder and Pryor Brown responded to online messages from people watching the event live on Facebook.

“We see people from around Halifax, locals, but I also had someone who was on the planning committee who is now in Detroit, Michigan… We love it,” Mulder said.

The evening began with a drumming performance by the Drummers from Home, followed by a recognition of the land with Cheryl Copage-Gehue, Halifax’s Advisor on Indigenous Community Engagement.

“We are doing this land recognition for African Heritage Month to talk about our shared histories and our common challenges and struggles,” Copage-Gehue said.

Bernadette Hamilton-Reid brought the evening libation, a ritual to honor ancestors and those who have passed away.

Hamilton-Reid said the ritual is sometimes performed with wine, although she opted for water.

“Water is the medium of life, it helps symbolize the flow of life, it is used to cleanse our body, mind and soul,” she said as she poured water from a cup in one hand to a bowl in another.

Deacon David Provo then delivered the opening prayer. He was followed by Deacon Anthony Riley, who sang Lift Every Voice. Tracy Jones Grant, co-chair of the Black History Month Association, sent her regards on behalf of the association.

“This year’s theme, Through Our Eyes: African Nova Scotian Voices, highlights for us, as people of African descent, the value and importance of telling our own stories from our own perspectives” said Jones Grant.

After Jones Grant’s speech, Mulder continued to read the memories people were sharing on Facebook.

Mulder said one of his fondest memories of past opening galas was the 10th anniversary when George Elliott Clarke was a keynote speaker.

The next performance was by Afro Fusion Band.

Åsa Kachan, Chief Librarian of Halifax Public Libraries, spoke about all the work that has been done to make the month’s virtual events possible. She acknowledged that this year would be the second done virtually and said she hoped next year would be done in person.