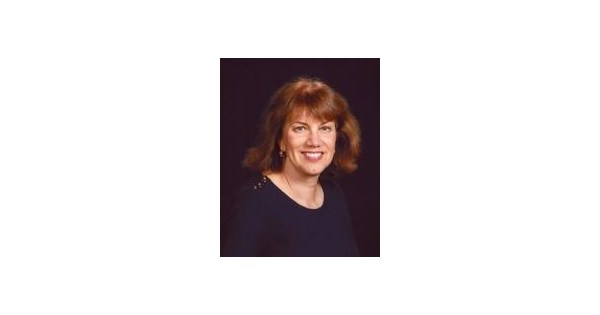 Ellen Elizabeth (Fahrbach) Bergman, 69, died at her home in Genoa, Ohio on November 20, 2021, after a brief battle with pancreatic cancer.

Ellen was born in Fremont, Ohio on September 27, 1952, to Wesley and Gloria (Gibbins) Fahrbach. She was the third of Fahrbach’s eight children, all raised in Fremont and graduated from Fremont Ross High School. She was inspired by a high school teacher’s dedication to students and then pursued a career in education, earning a bachelor’s degree from BGSU and a master’s degree from the University of Toledo respectively. Further education and teaching opportunities sent her to London, England to take Montessori classes and teach at the American Embassy School in Buenos Aires, Argentina, until rock climbing. of the Falklands War.

Ellen married Henry “Hank” W. Bergman II on December 29, 1982 and had five loving children in six years, Elizabeth, Kathleen, Nicole, Henry and Thomas. She loved Hank deeply, admiring his creative genius and work ethic. He predeceased her in 2000 after seventeen wonderful years of marriage. She finished raising their five children as a single mother, taking advantage of the busy “Taxi Mom” years commuting between her active children between the many events of St. Jerome and Cardinal Stritch. The compatriot “Stritch Moms” has become many of his close friends.

Ellen was a proud Catholic and followed the examples of Jesus’ ministry, particularly in showing love and compassion to vulnerable members of the community. She repeated in her last days that “we are here to love others, that is what it is about”. After Hank’s death, Ellen became the legal guardian of her older brother Bill and helped him live a fulfilling life despite his battles with mental illness, until his death in 2017. Every year around Christmas time , she baked apple pies and delivered them to families in the community that had recently suffered loss.

She was passionate about the importance of education and its ability to improve lives. Ellen worked as a Talent and Talent Coordinator for the Ottawa County School Board, then as a Reading Specialist and Mentorship Coordinator for schools in the Genoa area. Through her work, she aimed to help children “become a better version of themselves than they thought”.

Retirement in 2017 allowed her to travel with her children and spend precious time with her grandchildren (Evan, Eleanor, Clara and Addison). Evan’s basketball games in Columbus and raising monarch butterflies for Eleanor and Clara to set them free were treasured moments. She was passionate about gardening and arboriculture and spent her summers quietly working in the yard.

Genealogy and historical research were important hobbies, and she very much enjoyed discovering the missing parts of her mother’s biological family, meeting them on a trip to New Jersey, and following the family line to the Mayflower. As often as she could find the time, she repainted the Ohio Historical Markers in the area, to help others appreciate the local history.

The list of organizations and committees to which she has devoted her time is endless. Over the years, she will lead a 4-H group, join the Trees Commission and the Genoa Planning Commission, become a volunteer master gardener, help organize the fish fries of Saint-Jérôme, the pantry of Genoa, summer car shows of the Genoa Chamber of Commerce and helps found the Historical Society of Genoa, to name a few. She was a reliable volunteer and an invaluable volunteer organizer. Wherever there was an opportunity to improve life or the community, Ellen Bergman lent a hand.

Friends are invited to visit family from 1:00 p.m. to 8:00 p.m. on Friday, December 3, 2021, at Robinson-Walker Funeral Home & Crematory, 501 West St., Genoa. A funeral mass will be celebrated for her at 10:30 am on Saturday, December 4, 2021, at the Notre-Dame de Lourdes Catholic Church, 204, rue S. Main, Genoa. His brother, Father Paul Fahrbach, will be the officiant. Interment will take place at a later date at the Clay Township Cemetery in Genoa. In lieu of flowers, Ellen asked for donations from the Genoa Historical Society, PO Box 121 Genoa, OH 43430. Online condolences can be shared with family at www.walkerfuneralhomes.com.