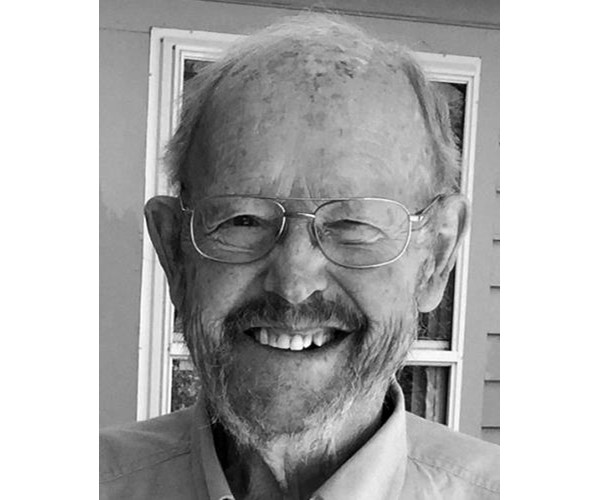 Frederick Griswold Humphrey II (known as “Fred”), 95, died peacefully of natural causes in Brattleboro, VT on January 5, 2022. Fred was born on the family dairy farm in Canton Center, CT on October 28, 1926 , to Genevieve Stockwell Humphrey and Harold William Humphrey. Cherry Brook Farm had been home to Humphreys for eight generations and Fred was proud of his Yankee heritage. He had two brothers, Sam and Harold, both deceased, and two sisters, Ruth (deceased) and Lucy Wong (who lives in Killingly, Connecticut). Growing up during the Depression, Fred walked or rode his pony to a one-class school and was responsible for endless farm chores. He never forgot his rural roots. He was too young to serve in World War II but enlisted in the Air Force Cadets at the end of the war, where he trained as an electrician. Subsequently, Fred received a degree in social work from the University of Connecticut and married his girlfriend Dorothy Marie Peterson, a graduate of the Hartford School of Nursing. Fred and Dot moved often during their early years together: to Philadelphia, PA, where he received his MSW from the University of Pennsylvania; Garrison, NY, where he worked as a counselor at the local Veterans Hospital; Brattleboro, VT where he was a family counselor; back to Philadelphia, where he earned an EdD at the University of Pennsylvania; then to Storrs, Connecticut, where he was professor of child development and family relations at the University of Connecticut for 25 years, specializing in human sexuality. Along the way, Fred and Dot raised three children: Brian (formerly of Guilford, VT, now deceased), Heidi (Shaftsbury, VT) and Alan (Ventnor City, NJ and Ardmore, PA). Fred loved his job and became the president of the American Association of Marriage and Family Therapists. He has also developed a thriving marriage counseling practice. After retiring from UConn in 1991, Fred and Dot returned to Guilford, VT, just up the street where they had lived 35 years earlier. Fred had a lifelong love of skiing, from conquering the Head Wall at Tuckerman’s Ravine to ski patrolling in his beloved Hogback to adventure in western Utah. He continued to ski until he was 80 years old. His family shared his passion and it became the reason for many family adventures. In retirement, he became a dedicated volunteer and fundraiser for many nonprofits including the Vermont Land Trust, the Guilford Fire Department, the Guilford Historical Society and the Friends of Algiers, for which he helped raise funds to acquire and renovate the Guilford Country Store. During the 1990s he helped establish the 4th of July celebration in Guilford and often acted as master of ceremonies. He could be found on his tractor year round, mowing in the summer and plowing in the winter, and helping out on his family’s Christmas tree farm every year in Canton Center, CT. He also liked to read history, especially books about WWII. He enjoyed meeting new people and chatting. Fred is survived by his beloved children Alan and Heidi, their wives Wendy Rosen Humphrey and Ben Benedict, as well as four grandchildren: Lincoln Benedict, Ian Humphrey, Margot Benedict and Erica Humphrey, as well as their wives and partners; and her special friend Mary Sargent. He was very proud of his family and loved to chair family reunions. Three years ago he moved from his hilltop home in Guilford to Bradley House in Brattleboro, where he received kind attention and loving care. The family are very grateful to Bradley House for providing such a welcoming home in their later years. Fred’s memorial service will take place when we can safely assemble in person. Donations can be made in memory of Fred to Garden Path Elder Living (Bradley House), the Guilford, VT Historical Society, or the Dr. Frederick G. Humphrey Fellowship in Family Studies at the University of Connecticut.