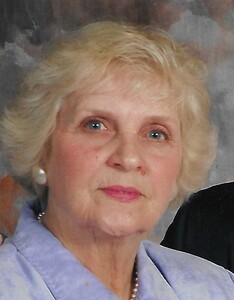 84-year-old Phyllis Jean Hunt Rose now resides in Heaven, in streets of pure gold, where Jesus had gone to prepare a place for her. She left behind her broken and corruptible body for a new incorruptible. In the presence of her loving family, she quietly slipped away on August 8, 2021. Born in Sophia, WV on February 6, 1937, Phyllis was the daughter of the late Guy and Ceretha Hunt. She grew up in Sophia, and after graduating from Sophia High School, she attended Morris Harvey University, Marshal University, and Beckley College.
Phyllis was a businesswoman from Sophia who, along with her family, owned and operated Guy Furniture Company, Jimmie’s Hair Stylist and Fashions, and Mountain William Village and Sales. She was a successful real estate agent, worked at Blue Ridge Funeral Home, and then owned and operated The Unique Antique and Mercantile, where she served as the town’s unofficial historian. She was a founding member of the Gulf Area Preservation Authority and served on the Sophia Building Commission. She was nominated by the Raleigh County Historical Society to receive the 2011 West Virginia History Heroes Award from the West Virginia Culture and History Division for her work. has accomplished to preserve our heritage in the coalfields of southern West Virginia.
At a young age, Phyllis made the decision to serve the Lord as her personal Savior and to share this with others. In Long Island, New York, and Sophia, West Virginia, she worked to establish some of the early Church Children’s programs. She knew that teaching children solid Bible truths from an early age provided them with the foundation they needed. She has taught Sunday School and conducted several children’s music programs that have been performed in churches in the area. She has been an active member of the Sophia Free Will Baptist Church for over 55 years.
Phyllis was fortunate to have a loving family. She married her childhood sweetheart and best friend, Raymond Rose, in 1956. They raised three loving daughters; Rama King and her husband Michael; Renee Graham and her husband Jeff; and Rachele Bolen and her husband Mark; one son Chris Rutherford of Jonesboro, Arkansas; 9 grandchildren: Celeste (Michael) Rubin, Rhett (Maria) Lawson, India Graham, Cameron (Meagan) Blevins, Scarlet (Nick) Hylton, Wade (Brooke) Lawson, Elizabeth Graham, Rebekah Graham and Will Graham, and 9 Precious great-grandchildren: Ryder Lawson, Rylan Lawson, Maddox Rubin, Mahayla Rubin, Madison Sargent, Mackenzie Sargent, Corbin Lawson, Atticus Hylton and Ashby Hylton.
Family visitation will take place on Friday evening August 13, 2021 from 6 p.m. to 9 p.m. at the Sophia Free Will Baptist Church. A memorial service chaired by Rev. Bobby Carter and assisted by Rev. Michael Rubin will be held on Saturday August 14, 2021 at 12 p.m. at the church. Family members will serve as carriers. Interment will follow in the family area of â€‹â€‹the Hot Coal Cemetery.
Online private condolences and other expressions of sympathy can be sent to the family through our guestbook at www.roseandquesenberry.net.
Arrangements are made by Rose and Quesenberry Funeral Home, 1901 South Kanawha Street, Beckley, WV.