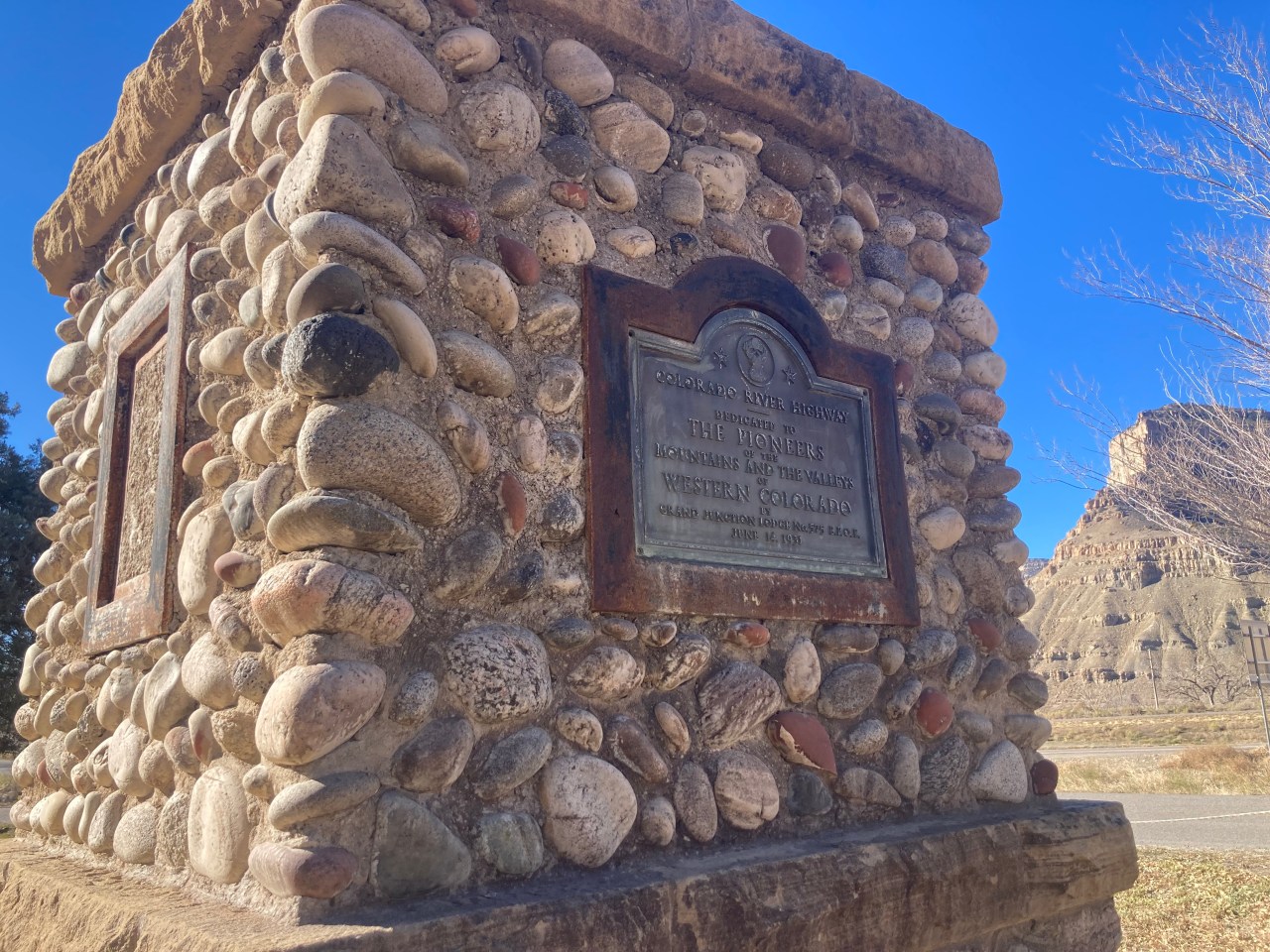 CAMEO, Colo. (KREX) – The pioneer monument was set in stone decades ago. The Elks Club of Grand Junction built the monument in 1931 to honor the pioneers of western Colorado – who have built homes, schools, and more since the 1800s.

Beverly Duzenack represents the Plateau Valley Historical Preservation Society. The preservation of this monument started as a personal project for her, but now several organizations are working towards the same goal.

â€œOur company wants to do a bit of restoration there,â€ shares Beverly Duzenack, â€œWe try to get the word out to the people who drive here, maybe 100 times a day.â€

The descendants of the woman who originally consecrated the monument still live in the Plateau Valley today. When I-70 arrived in 1965, the monument moved along the road, to remain intact.

After 90 years of standing, the pioneer monument needs love and support, but also recognition and respect.

â€œThis little rock monument has been overlooked and it’s still standing, so I think it needs to be recognized,â€ Duzenack expresses, â€œCDOT agreed that they would really like to see us do something.â€

Three of the monument’s four original plaques have disappeared. No one knows how long this monument will last, what Beverly does know is that repairs need to be made.

“We are working with the historical department of CDOT, they would like to designate it as a historic monument,” informs Duzenack, “If we get that designation, then we can apply for different grants, and so on.”

Once funding is available, the group has big plans for the restored Pioneer Monument.

â€œIt would be nice if people could stop and have a picnic under the trees,â€ describes Duzenack, â€œWe have signs that they could look at it and know where it was coming from and what its purpose was. “

So far, $ 500 has been raised, part of which will cover the purchase of concrete for the roof. This is the priority of CDOT. A volunteer is already present who wants to do the job.

Other funds will cover the replacement of some plaques and the installation of signage around the designated area, recognizing the pioneer monument and its partners.

Anyone wishing to help preserve the Pioneer Memorial can contact the Plateau Valley Historical Preservation Society by phone: (970) 487-3116, via Facebook, or by mail: PO Box 252, Collbran, Co. 81624.

Use AI to weather the next storm of data depreciation