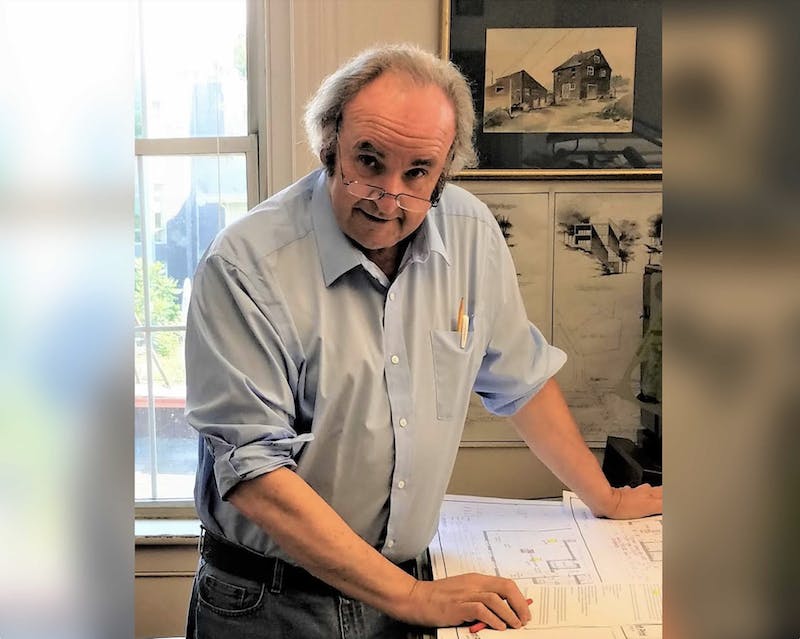 
Frank J. “Jay” Barrett Jr. has always had a passion for architecture and a love for the city of Hanover. As a former chairman of the Hanover Historical Society and an architect by profession, Barrett himself has contributed to chronicling the city’s history, even recommending buildings to the National Register of Historic Places. As a writer he has recounted the rich history of Hanover at length in the three volumes he has already published on the history of Hanover.

In an interview with The Dartmouth, Barrett discussed his experiences as an architect and how his interests in historic preservation and restoration led him to publish his fourth volume on the history of Hanover. The book, titled “Lost Hanover, New Hampshire”, is expected to be released on Monday.

What originally inspired you to write about the history of Hanover?

FB: I was a very young boy from Hanover and the son of an architect, so I have always enjoyed the history of buildings. I’m 68 now, but I remember seeing buildings being moved from my bike seat during the summer months, demolished, new ones built – and at a very young age I knew that I, too. I wanted to be an architect like my father.

I have always looked in some way, not only at the built environments around the College and the downtown village, but also at the natural environments. I grew up in Mink Brook, so I always observed the changes in the country and was always very interested in the history of the country. This is what made me want to do a book about the lost buildings that have disappeared and the stories associated with them. This is in fact my fourth pictorial history of Hanover.

How is â€œLost Hanoverâ€ going different from your three other volumes?

FB: The first three were strictly pictorial stories. Hanover and Dartmouth have been very lucky as the community has been photographed very well over the years. So the first book I wrote on Hanover dates back to 1997. It sort of looks at the College and the city center from around 1890 to 1940, when the College and downtown were severely damaged. huge changes.

The second book I did on Hanover I did in 1998, which covers all rural parts of Hanover. It was very interesting because once you got out of College and Village in College, as it was called in the past, it was getting really hard to find pictures. But I did. And then the third, published in 2007, was a whole bunch of stuff that I hadn’t had the chance to use in the first two books.

This book – “Lost Hanover, New Hampshire” – I originally wanted to have the title “Lost Hanover, New Hampshire at Dartmouth College” because it focuses only on the campus and the downtown village. I think it must be 89 images and a 50,000 word text, and it deals with the first buildings that came and went until the Mary Hitchcock Memorial Hospital was demolished about 25 years ago – and includes a lot of things in between, telling the stories of buildings and associated institutions. There were just a lot of other buildings that were tall buildings that followed one another.

How has your experience with historic preservation and restoration impacted the book?

FB: As an architectural historian and curator, I have listed a number of buildings and structures on the National Register of Historic Places. It involves research, and it involves quite demanding language to describe a bridge or a building – how it was built, the materials, et cetera. I was also a bit limited by the fact that the historical press willing to publish this gave me a limit of 50,000 words – I would have liked to have written more words – so I needed to write in a way. that goes ahead and tells the story, so to speak, without going too deep into the weeds with the description. It was about finding a balance.

What was the most difficult part of the journey to publishing “Lost Hanover”?

FB: Selection of images. Between what I have collected and what is in the Rauner Library collections, there are just a lot of great images. As an architect and very visually oriented, I had to make some tough choices about which images to use and which ones not to use unfortunately which was really difficult.

What do you hope readers take away from â€œLost Hanoverâ€?

FB: I’m just thinking of a general appreciation for architecture and local history. One of the things that comes out very clearly from my book is to describe how buildings come in and go out of style. Former Dartmouth President Earnest Mark Hopkins purged the campus area of â€‹â€‹many Victorian-era buildings and somehow replaced them with beautiful Georgian Colonial Revival buildings.

I remember the Hopkins Center for the Arts was built when I was young – I always really enjoyed this building for various reasons, but in the 1980s, 1990s it was a building that was underrated and old fashioned – people were sort of backfiring [post-war modern architecture]. Fortunately, the College has taken great care of the Hopkins Center, and the changes they have made to it over the years have been very sensitive to the building’s original architecture. But the style of buildings comes and goes, the needs of various buildings come and go, and this is especially true in this book.

What are your writing goals for the future? Do you have other work planned?

FB: I do a lot of architectural work in Claremont, New Hampshire which is about 25 miles south and was once a very vibrant mill community. There is still a lot of great architecture left – even though for 30 or 40 years the community has had tough times, it is bouncing back. You can just tell at one point how much wealth there was in this community due to manufacturing. I would love to make a good architectural story of Claremont because you can tie it to so many other stories – manufacturing, transportation, technological advancements – more than what happened in a community like Hanover.

Investors who bought Heritage Foods (NSE: HERITGFOOD) shares a year ago are now up 71%