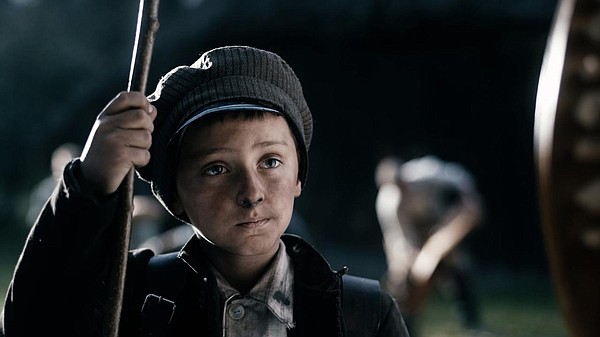 Riverdale 10 is one of the country’s theaters today opening Ukrainian director Oles Sanin’s 2014 film “The Guide” as a fundraiser for the war-ravaged country. Riverdale owner Matt Smith said all box office receipts will go to a special Ukraine relief fund run by Human & Civil Rights Organizations of America.

Sanin is currently locked up in Kyiv, but he recorded a running intro before the film which was Ukraine’s entry for Best Foreign Language Film at the 87th Academy Awards. However, he did not get a nomination.

“My Ukraine is on fire as I speak,” Sanin says in the video. “My job is to tell people about dignity and honor, freedom, the best human virtues. I show them the beauty of the world…I show that war is evil, aggression is evil, hate is evil. I did that in my historical films, I told the story of the human spirit.”

‘The Guide’ is an emotionally nationalist play set in the 1930s, a time Ukrainians remember as ‘the Holodomor’, against the backdrop of Stalin’s repression of ‘klulaks’ (wealthy farmers) who caused famines leading to the death of millions of people. Ukrainians. The main character is a 10-year-old American boy, Peter, who witnesses the murder of his father — an engineer who tries to relay information to a British newspaper to relay the truth about Stalin to a British journalist in Moscow — by secret police. Peter flees to the countryside, where he befriends a blind folk musician, a wandering kobzar whose spiritual chants are banned by the Soviets.

“The Guide” was well received upon release in its home country; The Hollywood Reporter said that as kobzar Ivan, Stanislav Boklan exudes “a rugged, rugged tenacity reminiscent of some of Rutger Hauer’s recent roles. Not so much a tramp with a shotgun, more a tramp with a bandura.”

Another blow to consolidation. Is this time different?