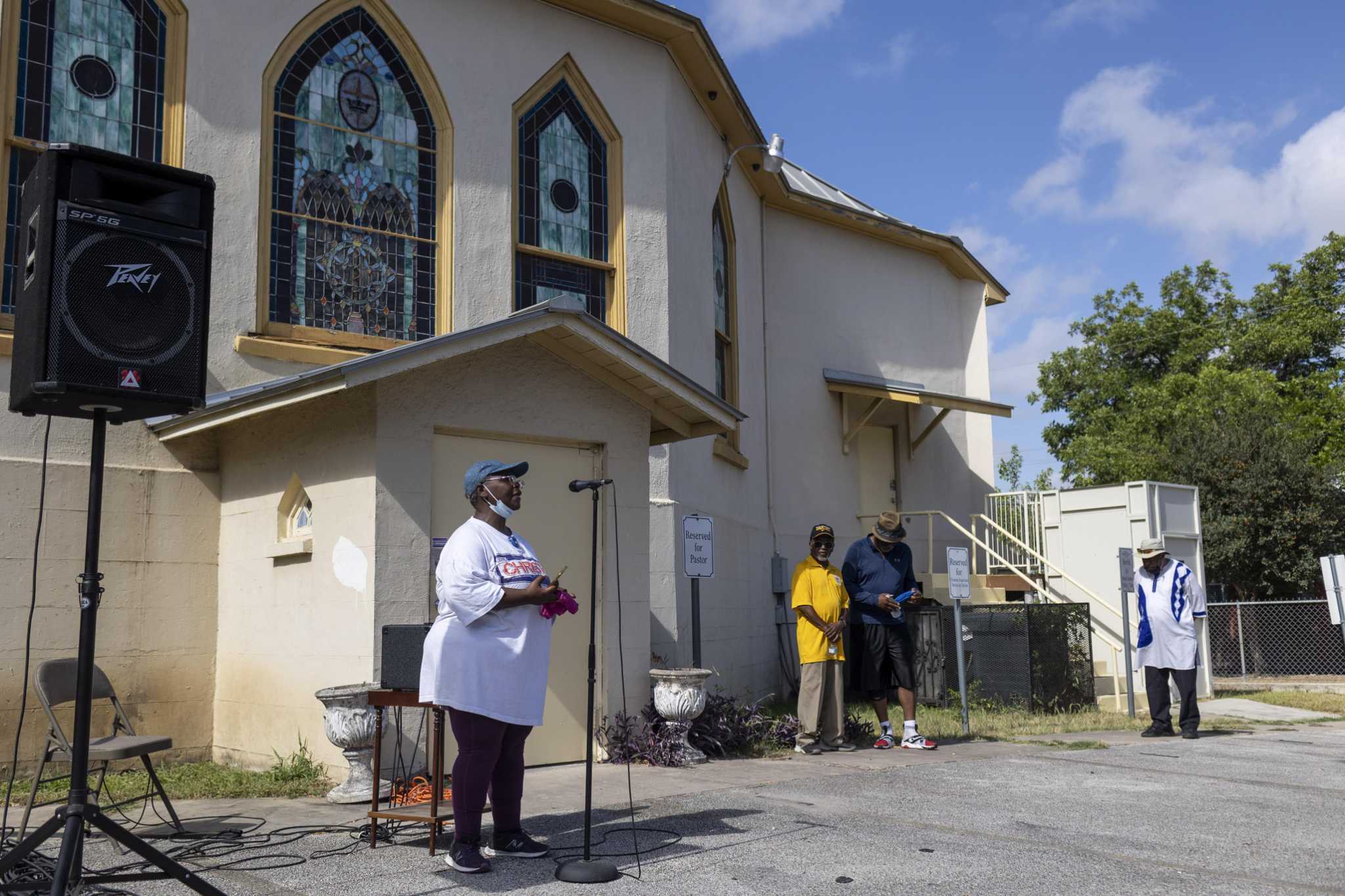 San Antonio is working to preserve African American heritage, but it needs help from the community

Pieces of San Antonio’s African-American heritage have disappeared over the years.

Many San Antonio hotels, gas stations and other businesses listed in a “green book” from the 1930s as safe places for black travelers to visit no longer exist. The original foundation of St. James African Methodist Episcopal Church, one of the oldest black churches in Texas, was discovered near San Pedro Creek just two years ago.

But the city starts a three-year effort identify, preserve and protect cultural resources related to local Black history. He will hold a public meeting at 6 p.m. on August 11 at the Little Carver Theater, 226 N. Hackberry St., to give residents an opportunity to share their own thoughts and experiences and provide advice on the project. Three scholars will also discuss “identity and nomenclature” dating back to the Spanish colonial period.

A online survey available until August 15 also allows the community to submit information about people, places, stories and events that should be recognized. Photos can be uploaded to the online survey form.

Shanon Shea Miller, director of the city’s Office of Historic Preservation, said her office has begun collecting stories, photos, videos and books about family reunions at community gatherings. Seventy people made appointments to give oral histories.

On ExpressNews.com: Renowned sculptor among the first black customers of the desegregated lunch counter

“We would like to hear from as many people as possible,” Miller said.

The five year old San Antonio African American Community Archives and Museum provides advice on the initiative, with its CEO and director, Deborah Omowale Jarmon, serving on an advisory board. Although SAAACAM is focused on preserving the stories of people of African descent – ​​including those of Mexican, Caribbean, or Indigenous descent – ​​the city’s process is important to the mission of the nonprofit community archive.

“As we consider developing SAAACAM and supporting SAAACAM, we recognize that these policies need to be in place to help honor these stories,” Jarmon said.

Jarmon encourages people to get involved in the process.

“These are initiatives that complement each other,” she said. “The city is to drive the policy. SAAACAM is to ensure that our history does not disappear. We are proud to manage the stories of African descendants in San Antonio.

The city recently secured $50,000 in federal funds through the National Park Service’s Underrepresented Community Grants Program to develop an inventory of African-American historic sites and resources in neighborhoods within a three-mile radius of the center. -towns that remain intact, largely unaffected by urban renewal and modern development. .

Neighborhoods with schools, churches, homes and other places related to black history dating to the 1800s include West Side communities around West End Baptist Church and St. James, as well as areas near the historic Baptist Colony on the near east side.

The Federal Grants Program was created to diversify nominations to the National Register of Historic Places.

The city also has a $30,000 grant from the Texas Historical Commission that is locally matched with a National Trust for Historic Preservation grant to the Conservation Society of San Antonio to identify historic structures, places, and property.

Possible outcomes of the work include designations of historic points of interest, historical markers, naming of streets and public squares, and designation of heritage trails.

Using archival directories and insurance maps, the Preservation Office has tracked a dramatic increase in the number of black churches built from post-Civil War reconstruction through the early 20th century, when separate schools were added to these neighborhoods. Many of these structures have since been demolished.

The Historic Resources Survey supports the city’s Historic Preservation Strategic Plan, which aims to: preserve and protect historic buildings and districts, landscapes, viewpoints, archeology and culture; use new information to identify other neighborhoods and historical landmarks; and creating an “early warning” system to protect structures at risk of neglect or demolition. The initiative will also explore intangible heritage – the food, music, festivals, and forms of spiritual expression that are important to San Antonio’s African-American community.

In the online survey, San Antonio’s Anthony Gordon identified Reverend Samuel Horace “SH” James Jr., a Baptist pastor and San Antonio’s first black alderman, who served from 1965 to 1971, as “instrumental in the eventual desegregation of the city.” But Gordon felt recognition should also be extended to the Reverend’s daughter, Angela James, who was “bused from the East Side to Jefferson High School” in the late 1950s when schools in San Antonio were been desegregated. She died in 2007.

“She was only 12 when she entered first grade and graduated at 16” at Jefferson, Gordon wrote in comments posted to the inquest.