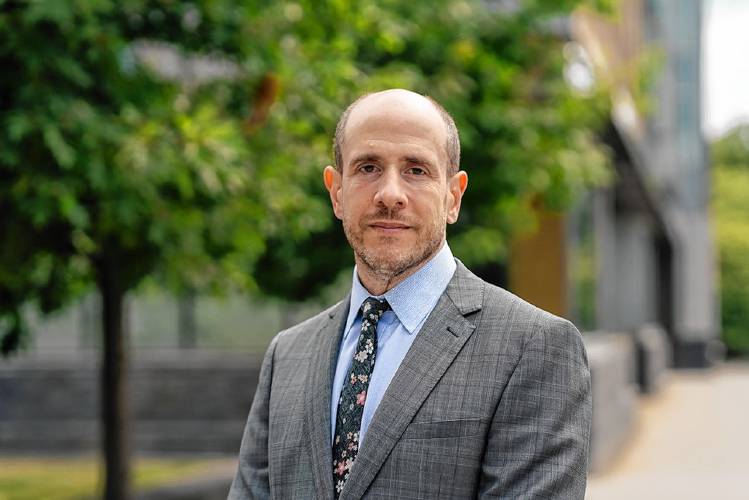 Literary journalist and producer of a Netflix series, Jeff Sharlet, will present at The Tory Hill Authors Series on August 21. Sharlet is an award-winning literary journalist and author of seven books, including the New York Times bestseller, The Family: Secret Fundamentalism at the Heart of American Power and C Street: the fundamentalist threat to American democracy. He is also the executive producer of the top rated Netflix documentary series based on the books.

His new book is That Shining Darkness: A Book of Strangers. In this masterful collection of images and reflections, he invites us to see his subjects – the people, moments and things that we actively ignore or pay no attention to.

“It’s a book of other people’s lives, lives that have become, for a moment – the duration of a snapshot – my life too,” said Sharlet.

He is Frederick Sessions Beebe ’35 Professor of Writing Art, Fellow of the Society of Fellows, and Director of Creative Writing at Dartmouth College. He is Editor-in-Chief of Virginia Quarterly Review and Editor-in-Chief of Harpist‘sand Rolling stone. He also contributed to The New York Times Magazine, Vanity Fair, GQ, Esquire, Mother Jones, and more.

His work has won numerous awards, including the National Magazine Award, the Outspoken Award, the MOLLY National Journalism Prize, the Staige D. Blackford Prize for Nonfiction from the University of Virginia, and the Military Religious Freedom Foundation’s Thomas Jefferson Award, and he was the recipient of numerous MacDowell Colony scholarships.

He has been a frequent guest on the Rachel Maddow Show, Fresh Air, All In with Chris Hayes, CNN and many other television and radio programs, and a speaker at colleges and universities including Harvard, Yale, Princeton, Duke, Penn, UVA. , USC, University of Iowa, Naval War College and many more. He has been a visiting professor at Trinity College Dublin and a visiting scholar at NYU.

The Tory Hill Authors Series is an annual summer event sponsored by the Warner Historical Society, featuring renowned local and national authors reading and talking about their books and personal experiences. The public will be able to interact with the author online. Readings begin at 7 p.m. Tickets cost $ 5 and can be purchased online at toryhillauthorsseries.com. A zoom link will be sent upon purchase.

The Warner Historical Society was formed over 50 years ago to preserve, educate, and keep Warner’s heritage alive. The company holds annual exhibitions and programs at the Upton Chandler House Museum on Main Street and operates the Lower Warner Meeting House which is listed on the National Register of Historic Places.