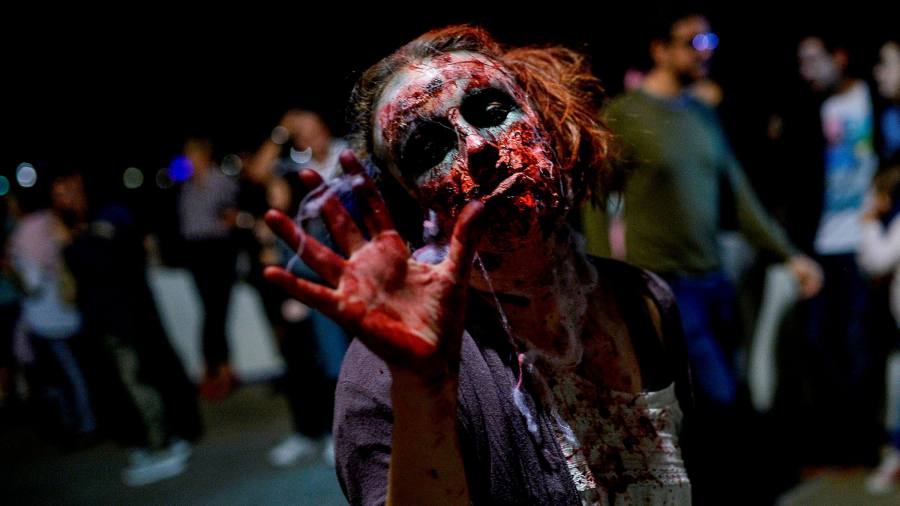 Should we fear zombie companies?

Sign up for myFT Daily Digest to be the first to know about market news.

Many investors fear that a corporate “zombiepocalypse” will be one of the thorniest issues facing the global economy in the years to come. But an explosive New York Federal Reserve article argues that this fear may be exaggerated.

Even before the coronavirus eruption, concerns that a growing horde of dead businesses – generally defined as those unable to meet the costs of servicing debt from long-term profits – were pervasive.

Two years ago, the Bank for International Settlements calculated that the share of zombie companies in the 14 major economies studied, they fell from 2% in the late 1980s to 12% in 2016. The driving force was that they remained undead longer than in the past, without recovering or dying. The most likely reasons were falling interest rates which reduced debt repayments and banks’ reluctance to pull the plug.

The trend was no accident. In fact, after the 2008 financial crisis, policymakers felt that low interest rates and forbearance were absolutely necessary to prevent a massive corporate shutdown that would have caused the loss of millions of jobs. In this, the authorities had learned from the mistakes of history.

In 1929, Treasury Secretary Andrew Mellon advocated the mass liquidation of troubled companies to “purge the rottenness from the system.” Foreshadowing Joseph Schumpeter’s “creative destruction” theory, he argued that this would be the best way to ensure a recovery. Instead, the Mellon Doctrine helped turn the 1929 crash into the Depression.

Nonetheless, many economists fear that allowing weak companies to hang around indefinitely will result in real economic costs in the longer run. the BRI Paper 2018 felt that “zombie businesses” are unproductive, invest less, and suck up resources that could otherwise be redeployed to more dynamic areas. Even beyond the zombie business phenomenon, economists have expressed concern that rising corporate debt in general is hampering companies’ ability to invest.

These fears have been exacerbated in the wake of the coronavirus crisis. Among the many legacies that the pandemic will leave in its wake, a monstrous corporate debt burden is one of the biggest.

The increase in corporate bankruptcies has so far been surprisingly modest, thanks to the extraordinarily aggressive response from governments and central banks, the latter alone injecting more than $ 7 billion in stimulus into bond markets, according to at the IMF.

But the net result has been that the debt burden of companies in the developed world has fallen from an already record high of 91% of gross domestic product in 2019 to 102% at the end of September 2020, according to the Institute of International Finance. Although lower interest rates make it more bearable, economists fear it will Debt “over-indebtedness” will be the cornerstone of the global economy for years to come.

Maybe not, depending on the paper released by the New York Fed this month. Using a database spanning 17 economies dating back to the 19th century, Oscar Jordà, Martin Kornejew, Moritz Schularick, and Alan Taylor investigated whether the build-up of corporate debt led to deeper recessions. and longer, as is historically the case after household booms and recessions. or finance industry debts.

Their conclusion is counter-intuitive. “There is no evidence that corporate debt booms lead to larger declines in investment or output, or that the economy takes longer to recover than at other times.” , indicates the document. Economists also failed to find evidence that corporate over-indebtedness made economies more fragile and prone to less frequent but larger downturns.

Why is it? the New York Fed Paper argues that corporate bankruptcy and restructuring regimes are generally much more effective than those for individuals. Business owners and creditors are best served with a speedy resolution.

However, when creditors are scattered and combative, contract enforcement is weak, or the legal process is cumbersome, it can discourage or delay rapid restructuring or liquidation. It can fuel more undead businesses. “More friction leads to more underinvestment and survival of zombie firms, which can hurt overall productivity growth and slow recovery from recessions,” note economists.

In other words, policymakers should worry less about low interest rates allowing the number of companies to linger in the twilight zone of survival. Instead, they should ensure that bankruptcies and restructurings are dealt with as quickly and efficiently as possible.