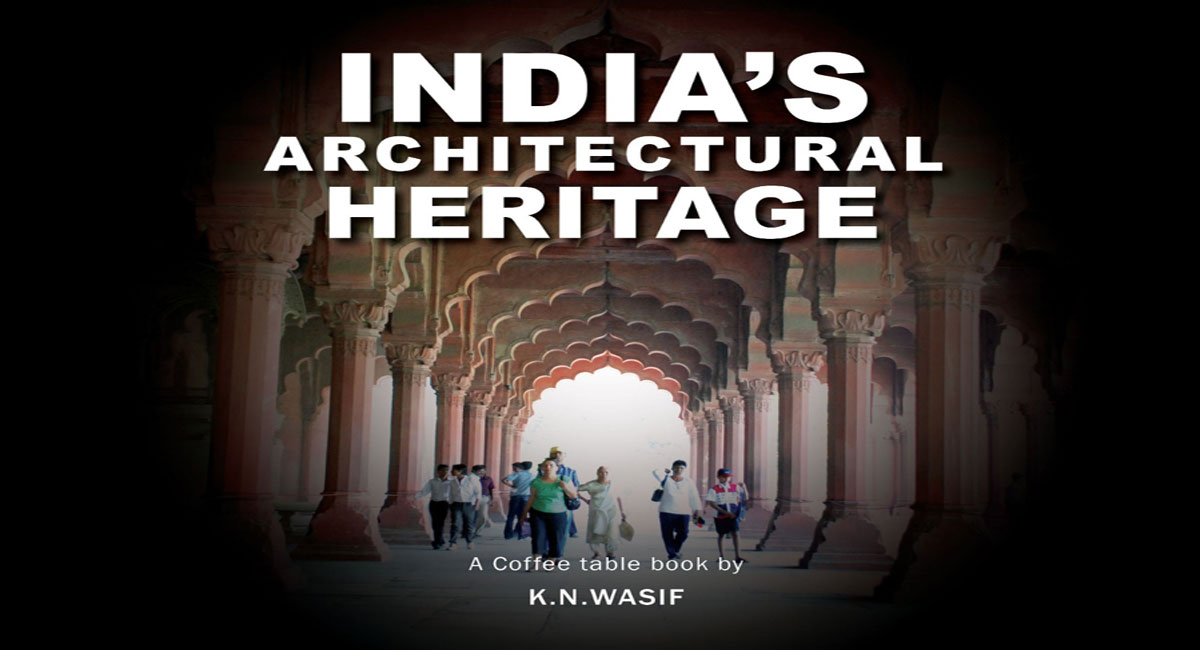 Hyderabad: There is no shortage of Indians making their mark in foreign destinations. But few seek to promote the country of origin. But here is an NRI, KN Wasif, begging to differ. He has been a sort of brand ambassador for Indian tourism in Saudi Arabia. During his more than three decades of living in the desert kingdom, he did not miss an opportunity to showcase the places of historical significance in India, especially its rich heritage.

Wasif, originally from Hyderabad, is a photojournalist. After working for several newspapers in Hyderabad, he left for Saudi Arabia where he pursued his hobby while earning a living. Recently, his coffee table book, India’s Architectural Heritage, was released at the Indian Embassy in Riyadh as part of Azadi Ka Amrit Mahotsav’s one-year celebrations. It also marked the Diamond Jubilee of India’s diplomatic relations with Saudi Arabia.

The 138-page book is Wasif’s labor of love spanning four decades of hard work. Designed by Ayaz Siddique, it features captivating images of over 150 monuments, forts and palaces. From Taj Mahal to Red Fort, Gol Gumbaz, Fort Daulatabad and Humayun’s Tomb. The book also contains images of Charminar. It was his association with Albenaa, a Riyadh-based architecture magazine, that led him to document medieval Indian architecture known for its beauty and exquisite workmanship.

Wasif used his annual trips to India to capture the broad spectrum of architecture of yesteryear. Over the years, he has held photo exhibitions in different cities in Saudi Arabia showcasing India’s architectural heritage. Dr. Ausaf Sayeed, India’s Ambassador to Saudi Arabia until recently, published the book. He said it would be of great help in promoting Indian tourism. Besides being a great photographer, Wasif is also a columnist, essayist and satirist.

A visit to The Crane House + historic YWCA in Montclair