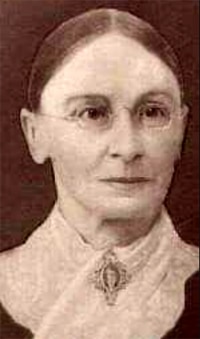 Speaker Christine St. Vrain Fischahs will present â€œShedding Light on the mysterious traveler of the Santa Fe Trail of 1839 â€.

Entrance is free for Society members with a suggested donation of $ 5 for non-members.

Born in 1823, Marie Felicite St. Vrain was inducted into the Santa Fe Trail Association Hall of Fame in 2017 for his travels in 1839 along the Santa Fe Mountain Road Trail and she is considered one of the first known females to do so.

Marie was also honored in 2020 with a Women in Americans History award from the National Society Daughters of the American Revolution. Marie’s father, an Indian agent murdered during the Black Hawk War of 1832, prompted favorite uncle Ceran St. Vrain to fix it visit in 1839 at the age of 16 at Bent’s Fort, CO. Only mentioned briefly in two books, join Christine St. Vrain Fischahs traveling to learn more about this mysterious woman.

His great-grandfather, James B. Jones, was lieutenant governor of New Mexico from 1943 to 1947. His great-uncle, born in Albuquerque, was the playwright Preston St. Vrain Jones.

Christine is a retired paralegal who lives in Los Alamos. She is a genealogist, historian, writer and current member of the Taos Mountain Chapter of the American Revolution, the Santa Fe Trail Association, the historic and preservation foundation of the St. Vrain Mill and the New Mexico Genealogical Society. In addition, as co-chair of publications for the SFTA, Christine created the site www.santafetrail200.org to commemorate the 200th anniversary of the Santa Fe Trail.

The Taos County Historical Society is a 501-c-3 nonprofit organization dedicated to the study and preservation of historic resources in Taos County and northern Nova Scotia Mexico. Membership is open to anyone interested. Visit www.taoscountyhistoricalsociety.org for membership and additional information.

APPEARANCE OF THE GUESTS: From historical society to historic Geneva – The name changes but not the mission, telling the stories of Geneva | Notice