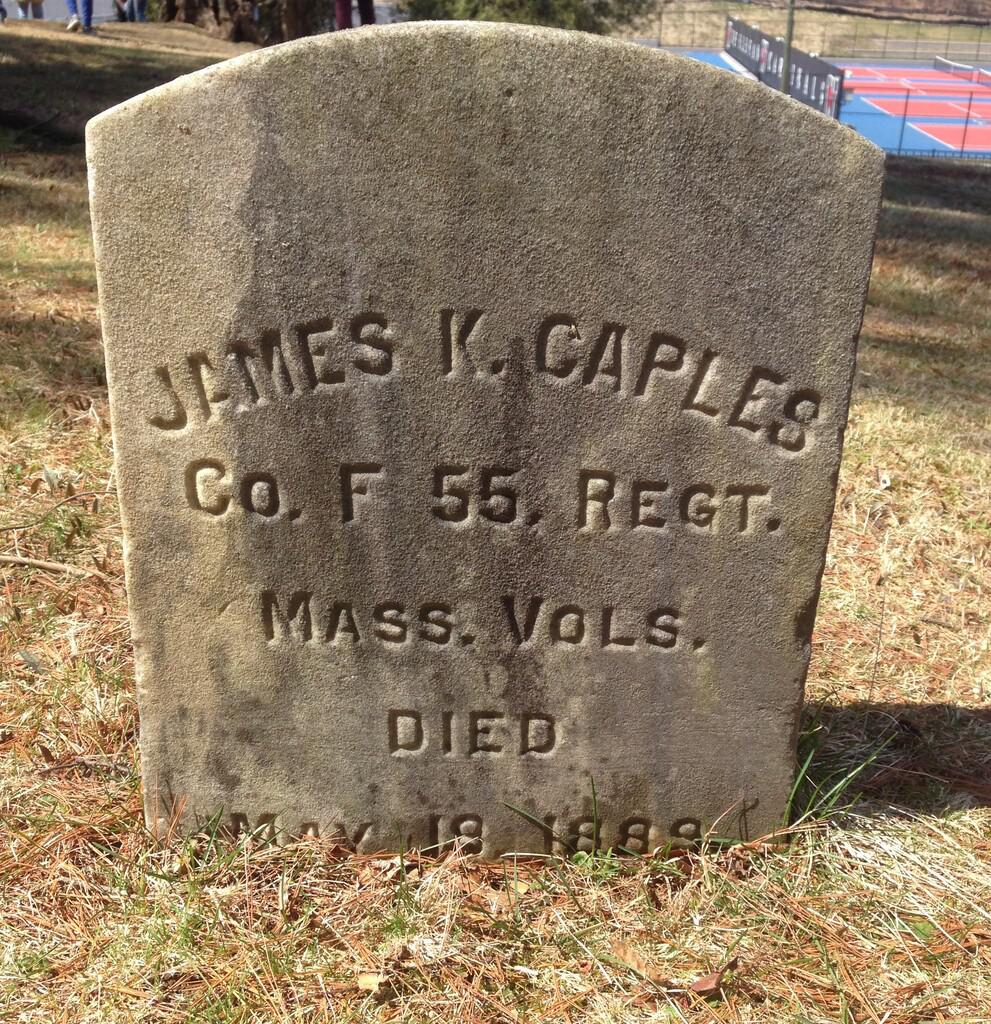 MIDDLETOWN – Washington Street Cemetery is filled with tombstones dating back centuries, including several engraved with the names of Black Civil War soldiers.

Local historians believe that the cemetery and the entire Beman Triangle area should be singled out as a National Historic Landmark.

Jesse NastaAssistant Professor of African American Studies at Wesleyan University, has studied the Beman Triangle area of ​​Middletown since he was a student at Wesleyan over a decade ago.

“It’s a very important site,” said Nasta, who is also the executive director of the Middlesex County Historical Society.

the Beman Historical Triangle was a pre-Civil War community of free, landowning African Americans, and was one of the first planned African American communities in Connecticut. The community formed in the 1820s and remained primarily black residents for nearly a century.

“This area remained the African-American hub of Middletown for decades,” Nasta said.

Much of the land around Knowles Avenue, Vine Street, and Cross Street was part of this historic district, which is now officially known as the Leveritt Beman Historic District, which also includes the Washington Street Cemetery.

Six of the cemetery’s headstones mark the resting place of Beman’s Triangle natives who fought in the Civil War, including Isaac Truitt, whose home still stands on Vine Street today.

Nasta said there were at least 17 African-American Civil War soldiers from Middletown, and Truitt, who was in his 40s at the time, was likely the oldest to enlist.

There are different reports of how Truitt ended up in Middletown, Nasta said. Some say he bought his freedom, while other reports claim he escaped slavery. Ultimately, he ended up in the Beman Triangle of Middletown, where he was a prominent figure in Cross Street AME Zion Church. It has moved twice and is now at 440 West St.

When the Civil War began in 1861, African Americans were initially not allowed to enlist. Truitt and many others enlisted as soon as that rule was lifted, Nasta said.

“They had a real interest in winning the civil war,” Nasta said. “They probably still would have had an enslaved family.”

He said 10% of those involved in the Civil War were black soldiers, and that number likely would have been higher if many weren’t still enslaved at the time.

Many soldiers from Middletown served in the Connecticut 29th and 30th Volunteer Infantry Regiments and fought throughout the south, Nasta said.

Four of the other Black Civil War soldiers known to be buried at Washington Street Cemetery—Alfred Powers, Christian H. Gordon, James H. Powers, and Rufus Addison—served in the 29th.

“For many, it was a pride to have contributed to the civil war,” Nasta said.

The fighting during the war had implications for the future opportunities, rights and freedoms of African Americans, Nasta said.

“It was really important,” Nasta said.

The Cross Street AME Zion Cemetery and Church are spots on the Connecticut Freedom Trail and on the state Register of Historic Places. Now Nasta and the Middlesex County Historical Society are on the hunt for a Designation of the national registerthat would qualify the district for preservation-related funding.

More information about the others buried in Washington Street Cemetery is available online through a Wesleyan University. community and public archeology project.