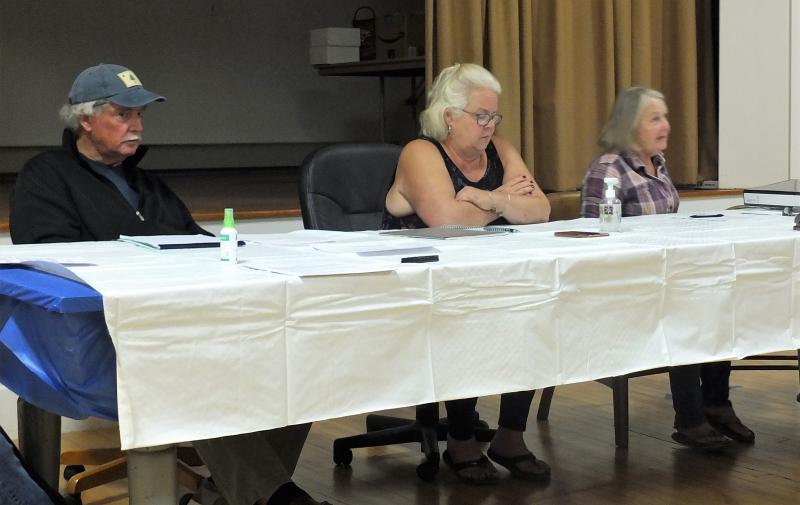 The future of the Edgecomb Historical Society is uncertain

Since 1999, Edgecomb Historical Society has focused on the past, but now it’s on the future. The company is grappling with fiscal and physical challenges. Membership has declined dramatically since the start of the pandemic, and the organization has never had a physical structure to store historical artifacts. On October 14, the company hosted an open forum looking for ideas to revitalize the organization.

President Deborah Eaton fears that if the club’s fortunes don’t change soon, it will cease to exist. â€œWe are in danger of losing our historic society due to a lack of physical location, fiscal support, new members and volunteers. All of the denominators common to all historical societies, and almost all cities in Maine face the same challenges, â€she said.

For years, two members were synonymous with historical society. But Ros Strong and Sue Carlson both passed away last year. Eaton called them â€œHeroes of Historical Societyâ€. Now the company is trying to recover from the loss of two key members and declining membership numbers. About a dozen concerned citizens attended the one-hour forum and more. The company has sought public input to achieve its goal of becoming a viable entity.

The company has collected artifacts over the past two decades, but has no central storage location. Instead, the relics are stored in people’s homes and belongings. But it is a tenuous situation. If an unexpected life event occurs, society has no custody of the artifacts and risks losing them.

â€œThey’re fine now, but it’s not a good situation in the long run,â€ Eaton said. â€œWe need a place to store them that ensures that we maintain ownership. You never know what might happen, which would cause us to lose custody of them.

A member suggested buying a container to store all the artifacts. One member estimated that a large container would cost $ 2,500. But this solution led to another problem: where to house the storage container? The Company was previously looking for a location near the Town Hall cemetery grounds.

Member Dave Boucher recalled that the Society had approached the city about the use of the site without success. â€œWe approached them before, but we didn’t have our ducks in a row. They feared it was a half-finished project, â€he said.

Eaton also urged citizens to participate in the Virtual City Forum on October 25 to promote the cause of historical society. The board of directors hopes that more support from the city can lead to a better result for the company. â€œWe have to let them know without the help of the city, then the historical society could end. More volunteers are needed to bring back our momentum and lead to more fundraising and event planning, â€said Eaton.

Member Jack Brennan is also the chairman of the city budget committee. He recommended that they focus on a project that could qualify for a grant from the Hammond Fund. Brennan explained that in the past, the fund had been used for “city beautification” projects. â€œIt has been used for the upkeep of cemeteries in the past, so there is no doubt that we would also qualify,â€ he said.

The brainstorming session also generated ideas for a fundraising cocktail party and an art auction. At the end of the forum, the members decided to focus on three short-term goals: A strong presence at the city forum, the purchase of a storage container and a mailing from the city looking for more. of members.