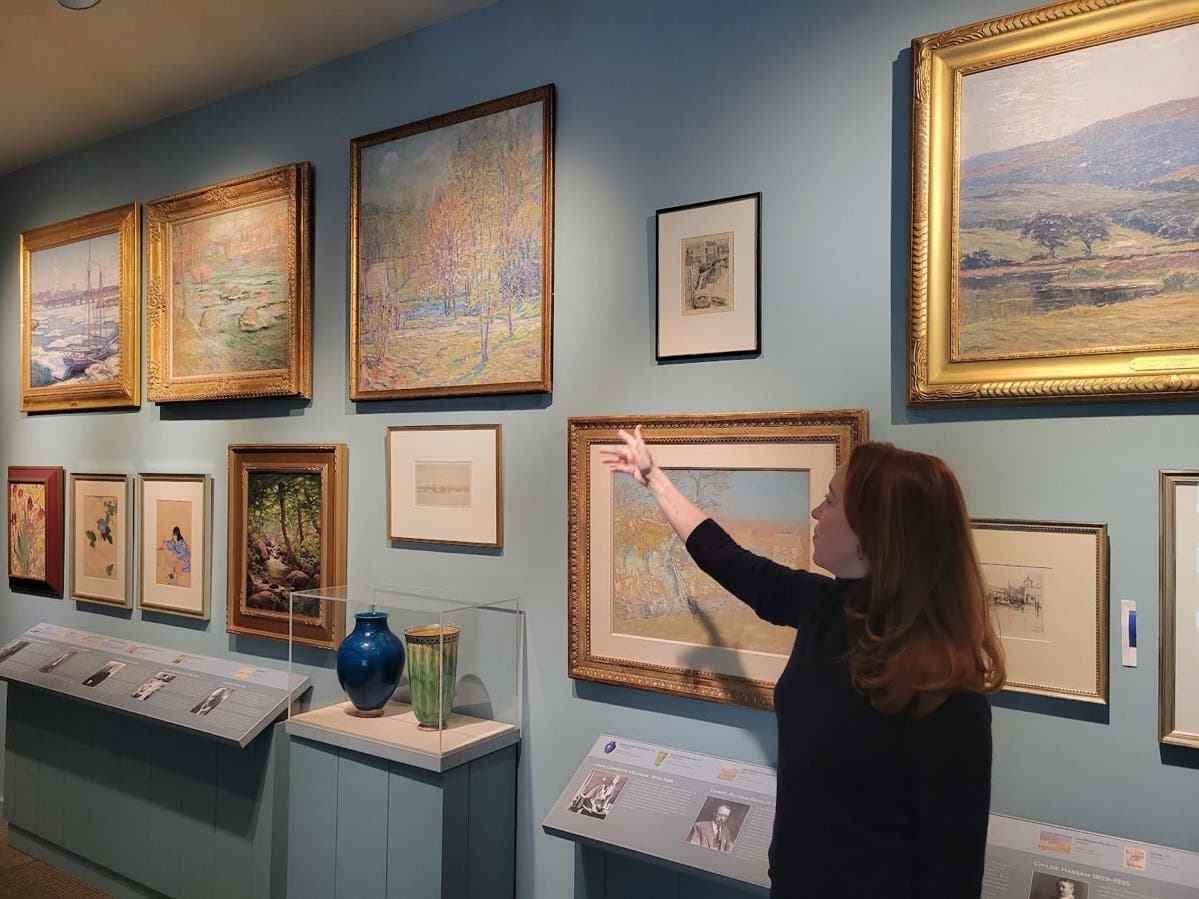 GREENWICH, CT – The Greenwich Historical Society will host a curator’s lecture and gallery tour to delve into the context of the recently acquired painting titled “The Red Mill, Cos Cob,” by artist Childe Hassam.

The event will take place on February 23 at 12 p.m. at the Historical Society, located at 47 Strickland Road in Cos Cob.

Painted in 1896 during the first of many visits Hassam made to the Holley Boarding House (now the Bush-Holley House), The Red Mill, Cos Cob is a depiction of the 19th-century Palmer and Duff shipyard once located on Palmer Point, as interpreted by the famous American Impressionist painter.

Following its acquisition by the Greenwich Historical Society in 2020, the painting will be on display in the Historical Society’s Permanent Collections Gallery from February 16, alongside other artwork and artifacts illustrating the building’s legacy naval and artists’ colony centered on the historic Lower Landing of Cos Cob. .

The gallery talk will illustrate the significance of the painting and the riverside landscape it captured, once a favorite subject of renowned impressionists including John Henry Twachtman, Theodore Robinson and Elmer MacRae.

“This striking painting by Hassam gives viewers direct and specific insight into the importance of Cos Cob in the development of American Impressionism and its relationship to the now defunct business district of the riverside community of Cos Cob, the Lower Landing,” the curator of exhibits and collections said. Maggie Dimock, in a press release.

“Its installation in our Permanent Collections Gallery is a fitting start to the Greenwich Historical Society’s 90th anniversary year, in which we aim to instill a strong sense of place and pride in the rich history of Greenwich.”

The lecture and the visit to the gallery will last approximately 40 minutes. Admission is $15 for members, $20 for non-members and includes general admission to the museum/galleries.

Space is limited; pre-registration is recommended.

What are the main SEO considerations for merging sites?