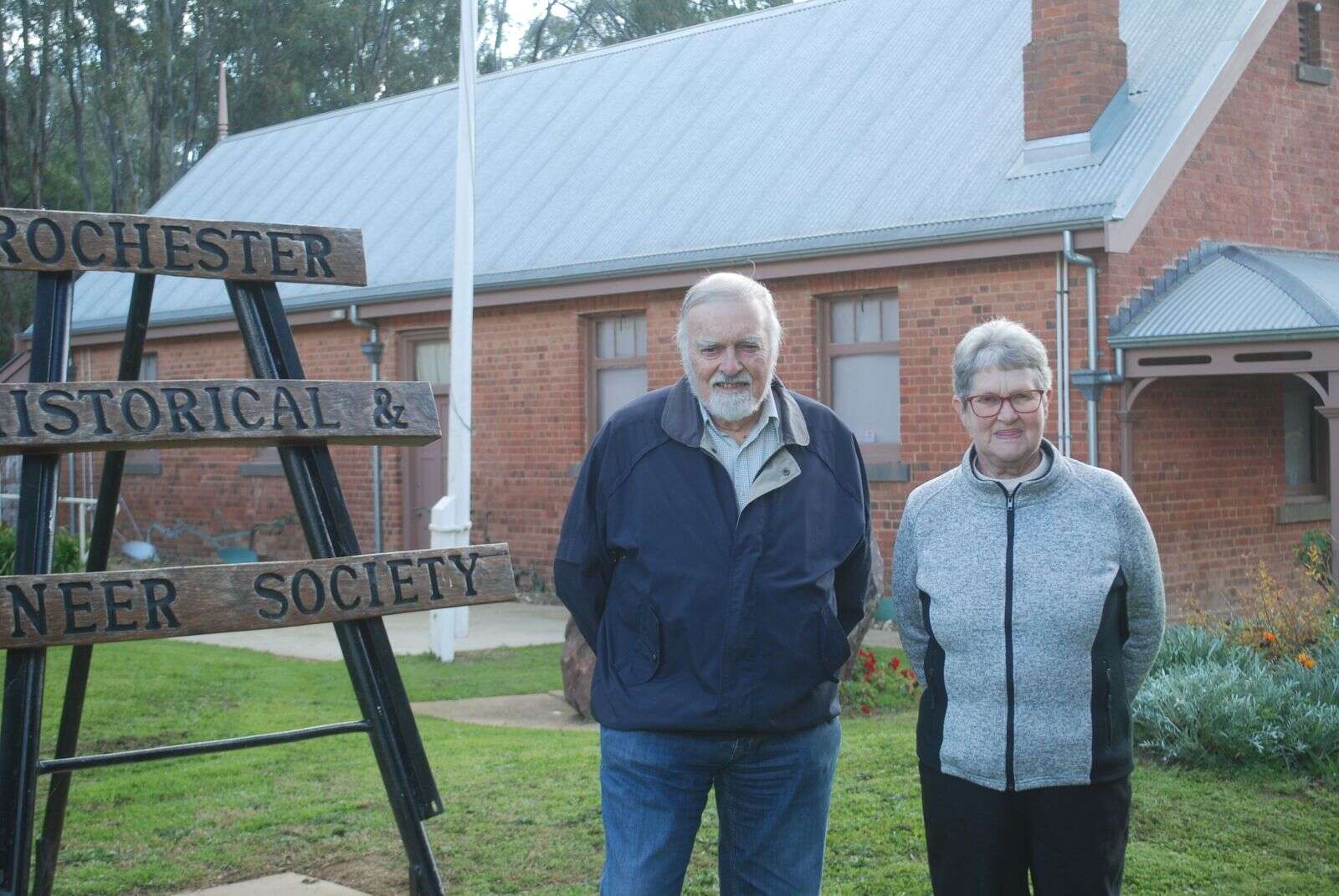 The history of Rochy in good hands

Rochester’s history is in good hands, though the Riverside Society’s dedicated executive isn’t sure how many people know of the organization’s existence.

Lorraine Haines and John Foster, who serve as president and secretary, work closely with another longtime member – Margaret Harley – and a dozen other dedicated people to maintain records of Rochester’s long past.

Fittingly, the organization is based in an 1874 school building, the first of its kind in Rochester.

It was sold for £572 in 1892 and turned into a residence before being restored by the County of Rochester in 1986 and turned over to the historical society.

The 2011 flood forced another renovation, but it now houses, along with the Salvation Army Hall and two brick buildings housing farm and dairy machinery, a vast array of items telling Rochester’s history.

The society was formed in 1985 after a merger with the pioneer society, when Mrs Ross donated the High St plot of land to the historical society.

The 1926 Salvos hall was moved to the site in 1987, then the dairy display shed was added and eventually the machinery display shed.

For three hours, twice a week – Wednesday and Friday – the doors of the buildings are opened and occupied by a member of the company so that the spectators can walk around the buildings and grounds.

The past two years have been especially busy for the membership base of the society, which specializes in providing a family history research service.

“We have all the old newspapers, cemetery records, bank statements and signatures going back to 1973 in the union’s bankbook,” Lorraine said.

“We went into overdrive during the lockdown. This seemed to be people’s favorite project (researching their family history). »

She said it was surprising how many people, when they hit 50, start to wonder where they came from.

“Maybe grandpa died, or something like that and suddenly people start to realize that they don’t know much about their family history,” she said.

“That’s when the questions start to arise.”

The small fees charged by the company for the research are an important element in being able to finance the operation.

While John and Lorraine do the most, they are ably aided by their membership in other business areas of the company.

“The family history I’m working on now is of a family that arrived in Timmering in the 1880s.”

John was responsible for digitizing the history of Rochester newspapers.

Its goal is to make it easier for people to access their family history.

“The old papers we have are digitized allowing people to type in a name through Trove and any mention of their family pops up,” John said.

“We received a grant and transferred newspapers from 1874 to 1929 in this form.”

He is engaged in a Rochester irrigator project, a grant from the Bendigo bank allowing him to digitize all these editions on a digital system.

The State Library owns the only other copies of the Irrigator editions and due to their condition will not permit their use for this purpose.

“The only other copies of the Rochester irrigator are here,” he said.

“If we don’t, they will be lost forever.”

Although each edition takes three hours to scan and convert to digital format, he said “they are like new.”

Lorraine was a pharmacy worker in Echuca before moving to Kerang and eventually returning to Rochester in 2005 – where she originally married into a Rochester family.

John was a dairy farmer in Bellendalla who saw the writing on the wall and sold in 1989.

Lorraine started a family history group in Kerang before becoming a devotee of Margaret Harley of Rochester in Rochester.

The company has at least two or three people walking the streets a week and organizes regular bus tours.

They will soon be hosting an OAM group from Bendigo, who are lunching at the historical society in the coming weeks.

It is ironic that the common school building is the oldest building in Rochester, albeit after some renovations, and it houses the history of the city.

There’s a steady supply of items on offer to the company, which officially has no room left and regularly discusses potential expansion.

“We have mannequins donated to us by a military museum in Townsville that will form a new exhibit. We will find space for them,” John said.

The dairy shed has a ten-year history on the site, but the management team said there was probably at least half the town unaware of the company’s existence.

“We often hear people say, ‘I wanted to come over and take a look,'” Lorraine said.

The group works closely with the historic societies of Echuca and Lockington, sharing resources, experiences and knowledge.

As for the financial situation, the company owns the building, operates as a legal entity and a registered charity.

“We rely on grants for almost everything we do,” Lorraine said.

“We manage the day-to-day costs with the small fees we charge for search and entry.”

And the company event has its own website www.rochesterhistoricalsociety.com.au

Last year, the company launched its own calendar, an experience it learned from as only 200 copies were printed and sold for $10.

“We could have printed twice as many. We will do it this year because they sold out, and this year it will be $12,” Lorraine said.

The group will soon make a decision on which photos will be used in the 2023 calendar, as proof is due to be sent to printers later this month.

And the group’s next big project is the restoration of the former Salvation Army Hall.

“Nothing has been done to this building since he came here,” Lorraine said.

“We are currently looking to find builders to take a look at, but most of them are booked for two years.”