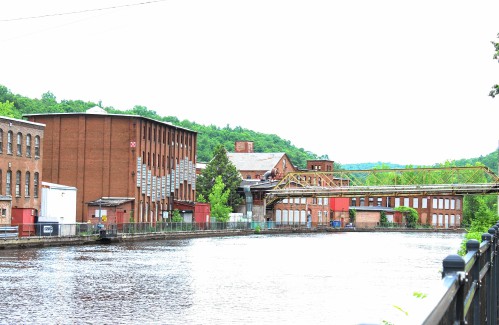 MONTAGUE – Members of the Montague Economic Development and Industrial Corp. (EDIC) discussed the prospect of developing a cultural and heritage center primarily focused on recognizing local Native American history at their meeting on Wednesday.

The proposed project would preserve and restore the historic mill infrastructure that is a hallmark of the town, focusing on the buildings at 8 and 20 Canal St. in Turners Falls that were previously power plants, but have been owned by the town ever since. about a decade. . The members of the Corporation stressed that the motivation to realize this vision is twofold: to conserve the history of the city and to contribute to the reparations for the indigenous peoples. The desire is to work closely with local tribes during the planning process and ultimately give them some level of branding agency.

While the plans are still in their infancy, the EDIC is evaluating the feasibility of such a center in the process of materializing. Member James Mussoni said the groundwork for the idea was laid in front of the Selectboard in the mid-2010s.

â€œInstead of starting from scratch, we can use this model,â€ Mussoni said.

This coincides with the city’s ongoing discussion about how best to deal with the decaying historic buildings of the Turners Falls factory. If the integrity of the infrastructure is acceptable, the group sees their proposal as an innovative and inclusive way to preserve the soul of the city.

Those in attendance at Wednesday’s meeting acknowledged that the city’s rich industrial past is shared by the deeply rooted and traumatized history of Native Americans. As the site of genocidal acts stretching back generations (such as the Great Falls Massacre in 1676), with even the village’s namesake controversially rooted, the group made it clear that Turners Falls owed acts of reparation to the local tribes.

If a formal draft proposal were to be drafted, Mussoni said the DTIS should present it to local tribes to generate interest, support and contribution. There is a collective priority to ensure that local Native American tribes have the first say in how the center is developed and presented. Ultimately, he said, he would like the tribes to have the option of naming the center as they see fit.

David Brule, who is of Narragansett and Nehantic descent and is president of the Nolumbeka Project, supports the idea in theory, but is concerned about the issue of Indigenous representation.

“What I would like to see is a center representing tribes speaking on behalf of those tribes,” Brule said.

Brule said assigning the agency to the appropriate tribal representatives to the extent necessary is ambitious. He was, however, encouraged by what he saw of Montague’s changing intercultural relations.

â€œMontague has made tremendous strides in bringing conversations between tribal and non-tribal people,â€ Brule said.

Members discussed the advisability of developing the project, given the national interest surrounding the concept of reparations. Mussoni embraced the scope of the project, even endorsing national participation in the mission.

â€œI would love to make it a national park dedicated to the natives,â€ Mussoni said.

Concerns expressed about the feasibility of this project included the condition of the factory building, the accessibility of the canal, and potential tax increases. City planner Walter Ramsey said the DTIS should seek grants that would support the completion of a feasibility study.

On the deck for ice cream