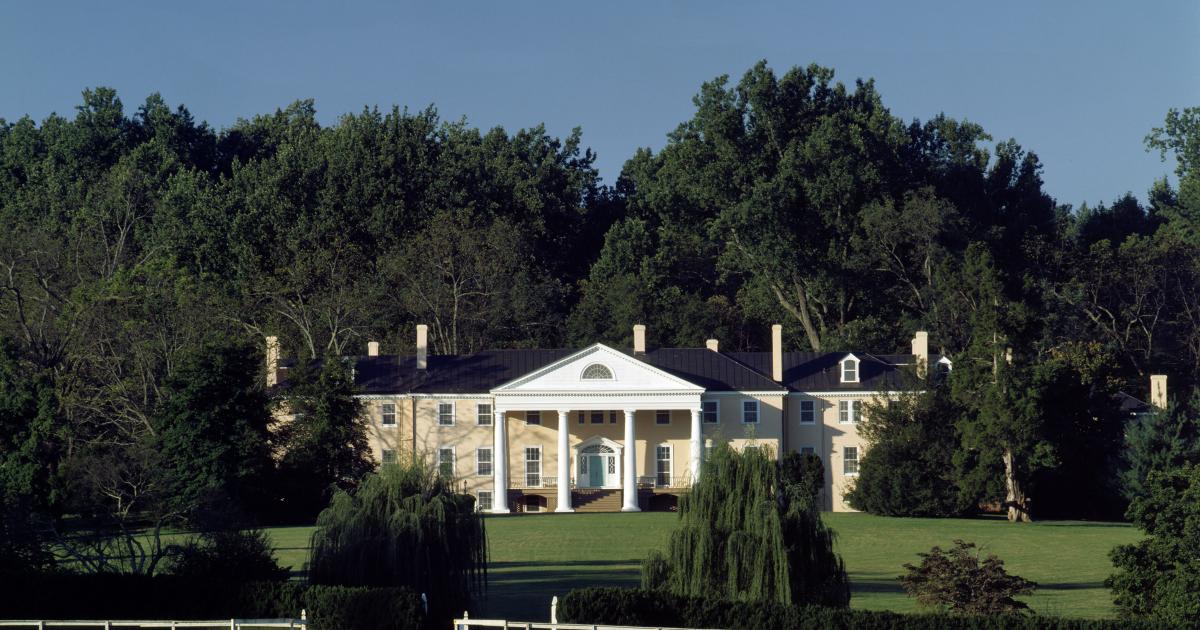 Virginie is for history lovers. George Washington’s Mount Vernon, Thomas Jefferson’s Monticello and James Madison’s Montpelier, a triad of epicentres from our country’s past, are all within driving distance.

Those who own and operate these historic homes have a say in how the American foundation is taught. Unfortunately, as described in a new Heritage Foundation report, the work of the Southern Poverty Law Center (SPLC) has had an influence on James Madison’s Montpelier.

You might think Montpellier would focus on Madison’s many accomplishments, especially her role in shaping the Constitution and the nation. You would be wrong. They now focus almost exclusively on slavery, its “central role in shaping the nation” and its “enduring legacies”. In doing so, Montpellier ignores and diminishes Madison and places identity politics above the American foundation.

The SPLC is famous for maintaining a list of “hate groups” which has come to include individuals and organizations they disagree with, such as the Family Research Council, which was targeted by a gunman who found on the SPLC’s “hate map”. Another SPLC initiative is “Teaching Tolerance” (renamed “Learning for Justice”). The project provides educational resources, including guides for “Teaching Hard History” (what they call “frameworks”) to address slavery in the classroom. Their materials are often sent directly to schools, bypassing parents.

>>> The story of three presidential houses: the good, the bad and the ugly

For students in grades 6-12, the Learning for Justice materials argue that inequalities in employment, housing, educational opportunities, health care, workplaces, sports, churches and mass incarceration are all legacies of slavery.

In 2017, Montpelier presented “La mere color distinction”, a series of exhibitions on slavery. Some are informative, providing a history of slavery and describing what slave life was like.

One section features a contemporary video on the lasting legacies of slavery. Montpelier says, “From mass incarceration, to the achievement gap, to housing discrimination, and the vicious cycle of poverty, violence, and lack of opportunity in America’s inner cities, the he legacy of 200 years of African-American servitude is still with us.

Featured prominently in the video is Dr. Hasan Kwame Jeffries, associate professor of history at Ohio State University and host of the SPLC’s “Teaching Hard History” podcast. Jeffries not only helped develop the Montpelier video, he also co-wrote the SPLC’s “Teaching Hard History” framework for K-5 students and wrote the preface for the 6-12 framework. In this preface, Jeffries states: “Some say that slavery was the original sin of our country, but it is much more than that. Slavery is the origin of our country.

There are multiple similarities between the Montpelier video and the SPLC preface. For example, Jeffries’ preface notes: “Literary artist and educator Regie Gibson was right when he said, ‘Our problem as Americans is that we actually hate history. What we love is nostalgia. Montpelier’s video features Gibson delivering these remarks. Likewise, in the preface, Jeffries writes that people are more comfortable with the “Disney version of the story”. In the video, he repeats these same words.

Another section of the Montpellier exhibition deals with the Constitution and slavery. It is often misleading and gives the false impression that the Constitution is a pro-slavery document. It draws attention to the Electoral College, a historian of the provisions, Sean Wilentz, notes that it was “not a scheme of slave owners”. The exposition also neglects to explain that the Constitution was crafted, deliberately and carefully, to avoid asserting man’s property, as Wilentz details in “No Property in Man: Slavery and Antislavery at the Nation’s Founding “.

The exhibit draws attention to clauses in the Constitution that relate to slavery (although the word itself does not appear anywhere in the Constitution). The majority of the clauses highlighted by Montpelier are those addressed within the framework of the SPLC. Some are obvious, like the three-fifths clause. Others, such as the sections dealing with national insurgencies, are not primarily concerned with slavery (although they did apply to slave revolts). Many historians agree that the delegates had in mind the Shays Rebellion, in which 1,500 people took over Massachusetts roads to protest the state’s efforts to collect taxes. The rebellion, which had nothing to do with slavery, had ended just months before the convention. The government’s failure to stop it convinced many (including James Madison himself) that the Articles of Confederation were too weak. However, Montpellier does not provide this historical context.

The influence of the SPLC even seems to extend to the children’s exhibition in Montpellier. In 2019, Montpelier received a federal grant for a children’s exhibit “to foster conversations about equity, justice, and race between children and their caregivers.” In the corner of the exhibit is a reading nook that describes the books she offers as “great tools for introducing young children to topics such as race, identity and justice.” The eight books available are recommended by the SPLC teaching framework for grades K-5.

SPLC associates now also hold management positions in Montpellier. Dr. Jeffries and Maureen Costello, the former director of the SPLC’s “Teaching Tolerance”, were recently appointed to the Montpelier board. Jeffries was confirmed and, although ultimately not named to the board, Costello was asked to join an advisory board to help Montpellier.

Prior to this, the authors of the SPLC and Costello frameworks were invited to a summit organized by Montpellier which produced a manual (which they call a “rubric”) to guide historic sites on how they should teach about slavery and engage “descendant communities”. .” In this column, Montpelier cites the SPLC’s work, noting that while its “assessment targets the teaching of slavery in American schools, it applies equally to museums, historic sites, and other cultural institutions.”

The column further states that American history should be approached in a “spirit of restorative justice” and that staff should undergo “substantial and ongoing anti-racism training (which includes interpreting difficult history, deconstructing and questioning white privilege, white supremacy and systemic racism, and engaging visitors on these topics).

Montpelier seems to agree with the dubious and inflammatory claim that slavery is not just America’s original sin, but our origin. The children’s exhibits and the Constitution exhibits focus on race and slavery. There is no exhibit on James Madison’s accomplishments.

Telling a complete story of America means acknowledging not only the evils of slavery, but also America’s significant contributions to the cause of human freedom. Unfortunately, the latter is sorely lacking in Montpellier.