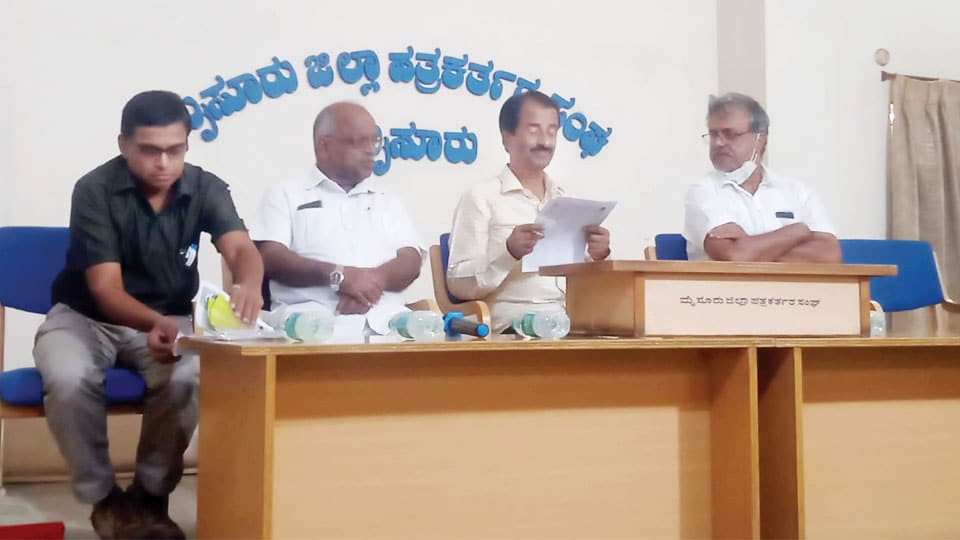 Announcing this at a press conference at Pathrakartara Bhavan in town this morning, Trust Patron and former MP Vasu said that the Trust was established in 1962 as â€œPrasanna Vidya Ganapathi Mahotsava Sanghaâ€ by Mahalingu, Raghothammadas , Nanjappa, GP Subbarao, Sriram Iyengar, Himamshu and other young people.

Speaking further, Vasu said, â€œIn the beginning, they not only organized classical music programs, but also orchestral programs by erecting shelters using coconut leaves and bamboo. Later, Soudaramma Venkatesh, Saroja Tulasidas Dasappa, Naganna and Rajamma CR Gowda joined together to continue the activities of the Sangha which was converted in 1985 into a trust under the presidency of Tulasidas Dasappa with the support of patrons like KV Murthy and K. Seetaram Rao. Later it was re-registered as “SPVGMC Trust” in 2007 with R. Vasudeva Murthy as chairman. After the deaths of R. Vasudeva Murthy and KV Murthy, Mr. Jagannath Shenoi as chairman and myself (Vasu) as sponsor run the Trust.

The Trust has kept the tradition of classical music alive by identifying and providing opportunities for new talent. Three generations of veterans have performed here and have added to the prestige of this platform over the past 60 years.

She has been organizing music concerts during the Ganesha Festival for 60 years. This gave the rasikas of Mysuru the opportunity to listen to and enjoy the best of Indian classical music from the best artists in the country.

The following music concerts were held as part of its 60th Heritage Music Festival daily at 6.45pm: