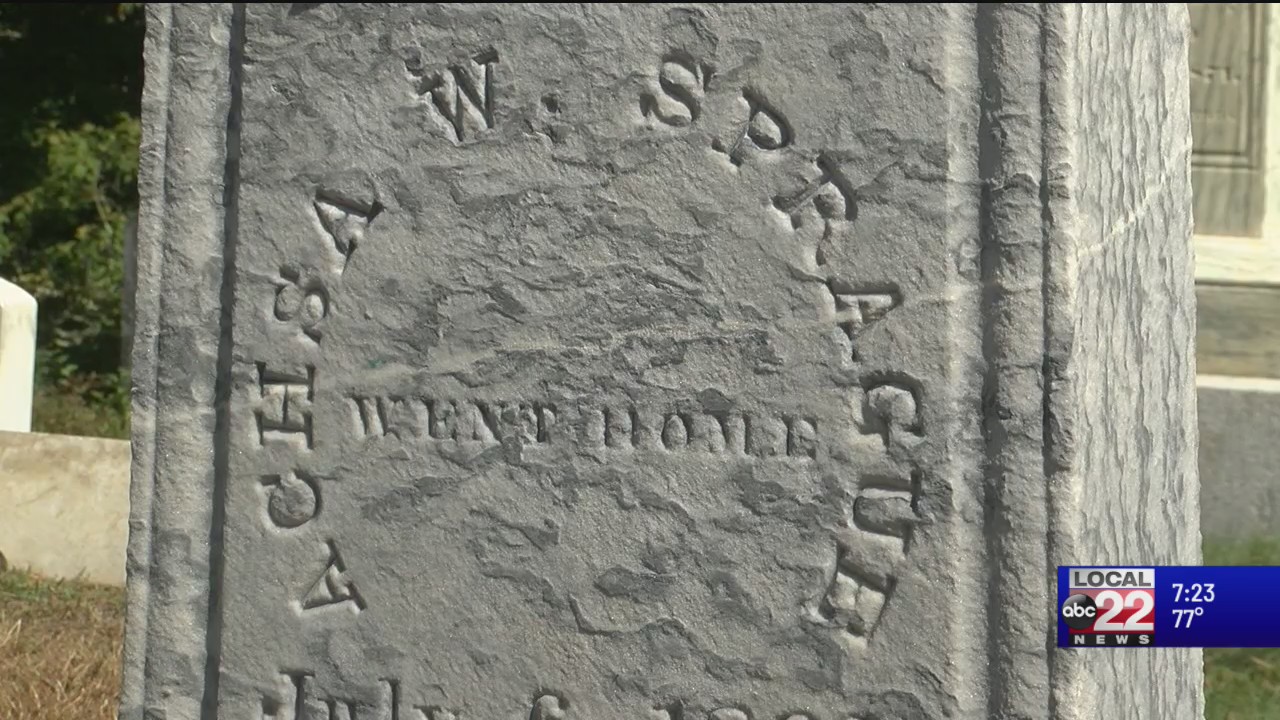 At ‘This Place in History’ we are in Plymouth Notch, Vermont with the Executive Director of the Vermont Historical Society Steve Perkins.

â€œWe’re going to talk about Achsa Sprague, who was a mid-19th century spiritualist. She spoke to the dead. It’s a good story. She lived and was born here and taught in the stone school here. She died quite young. I think the best place to talk about a spiritualist is at her grave. So we’re going to drive through town to the cemetery to go check it out, â€Perkins began.

â€œAchsa Sprague lived in the middle of the 19th century. She was born in 1827. By the time we got to the 1840s, 1850s, let’s just say it was â€œone thingâ€. Often, young women would go into a trance and then become a vehicle or conduit for a spirit to embody them or to pass through them and speak to an audience of people. It’s not like what we think of today with ghost hunters. It was more about spiritualism and being closer to God, to being closer to yourself and to fellowship with the ancestors who came before you, â€explained Perkins.

â€œShe was suffering from what we now think is probably rheumatoid arthritis. She was quite the columnist and she wrote a lot of letters. In fact, a poet too. She wrote a lot of poetry. And she wrote about it and she said, ‘A young girl in a dark room, chained with sickness, a living tomb.’ So that described his illness, â€Perkins said.

â€œShe started talking locally and she got so famous that she started doing this tour. She traveled to Chicago, Milwaukee and returned to Boston to speak in front of huge auditoriums filled with people. She had a huge fan club. Men especially wrote to her proposing marriage and they had never met her before. It seems that she was in love with one of these writers, a married man. They had quite an exchange of letters.

â€œIn fact, an author published a book a few years ago with the Vermont Historical Society using these letters and talking about his life through letters. We talk a lot about spiritualism, but she was also a big supporter of women’s rights. She said that women could be one of two things, a slave or a butterfly, and she didn’t want to be either.

â€œShe was a great supporter of temperance and also of abolitionism. She has talked a lot about the horrors of slavery and used this speaking people on the other side to talk about those aspects of society, â€Perkins said.

â€œShe died in 1862, relatively young. She was about seven years in good health and in fact the book is called Seven years of grace. But then she fell ill again and died. You can see here that it says “Went Home” and then at the bottom, “I Still Live”. And so her friends said that after she died, they could come to this burial place and continue to commune with her and she would still give them messages to take back to the living, â€Perkins concluded.

To â€œThis place in historyâ€!

To learn more about our “This Place in History” series, Click here.