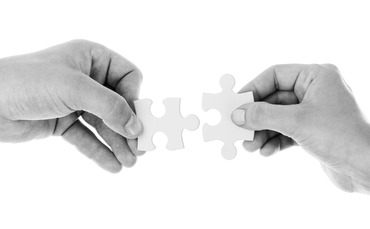 In today’s findings, TPR said that over the past year, the DC market “has seen further concentration.”

The report also revealed that the number of primary trusts in the market has increased from 38 to 36 since the last report, but that membership in these has increased by around 10%, from 18.8 million to 20, 7 million.

The report also revealed that the total amount transferred into DC schemes increased by 134% last year, from £3.7bn the previous year to £8.6bn, including transfers from schemes defined benefit and other DC occupational and personal plans.

He also noted that average assets per member increased by 20% over the past year, compared to a 10% increase the previous year.

Despite this, overall average assets per member have declined by 70% since the start of 2012.

Executive Director of Policy, Analytics and Consulting, David Fairs, said: “This continued trend of consolidation in the DC market is good news for savers.

“The vast majority of DC members continue to save in larger, more stable master trusts that, through our authorization program, have been shown to meet the high standards of governance that savers deserve.

“However, every saver deserves to be in a well-managed system that offers value for money. We know that many small DC systems are poorly managed and we are committed to continuing to work with the industry to advance the governance and oversight standards.

“We expect this trend of DC consolidation to continue as smaller plans are now required to demonstrate that they are delivering value to members. whether they are liquidated or take immediate action to make improvements.”

Helen Morrissey, senior pensions and retirement analyst at Hargreaves Lansdown, said: “Bigger is better when it comes to DC pensions, with the number of smaller schemes continuing to fall in favor of the market booming master trusts and the introduction of Automatic Enrollment (AE) membership.

“Asset levels are also on the rise – with a massive growth of 413% since January 2012. However, this does not correspond to higher levels of pension assets per member – average levels have collapsed by 70% at just over £5,212 since 2012.”

“So not everything is booming in the DC market – average retirement pots still need a boost.”

She continued: “There could be a lot more people saving in a pension, but overall they’re saving less – the vast majority of people won’t save more than the current 8% EI minimum. While many of these members will still be young and have many years to build up a good level of pension, they should do all they can to increase their contribution amounts beyond these minimums if they want to. build a solid foundation for their retirement.”

Kate Smith, Head of Pensions at Aegon, said: “The latest pension data clearly shows the rapidly changing landscape of pensions. plans) down 12% over the past year.

“Since 2012, the number of schemes in this category has fallen by 63%. Master trusts have been the big winners in the consolidation battle, with now over 20.7 million members, down from just 270,000 members in 2012, and with more than £ This trend is set to continue, likely at a faster pace, as single employer trust schemes, with assets below £100m, now have to test whether their scheme offers good value for money to their members.

“If they can’t prove they’re getting value for money under the new valuation test, they either need to remedy the situation quickly or liquidate and consolidate into a larger scheme, probably a master trust.”

“Plan memberships continue to grow, but the side effect of EI and the fluidity of the labor market is that deferred memberships have increased by 15% while active memberships have decreased by 1% over the The growing number of small frozen pension pots is a problem that the pension industry is grappling with and that the government, together with the industry, is trying to address.

“While plan assets continue to grow year on year as membership increases, this has been accompanied by a decline in members’ average pension assets. In 2012, prior to the launch of EI, average assets per member were £17,206 Now it’s just £5,212, although there has been a steady improvement since 2017 when EI contributions started to rise.

“This clearly shows that many employees and their employers are paying contributions at the current minimum contribution levels of 8%. There is obviously more work to be done to encourage people to save more for later.”