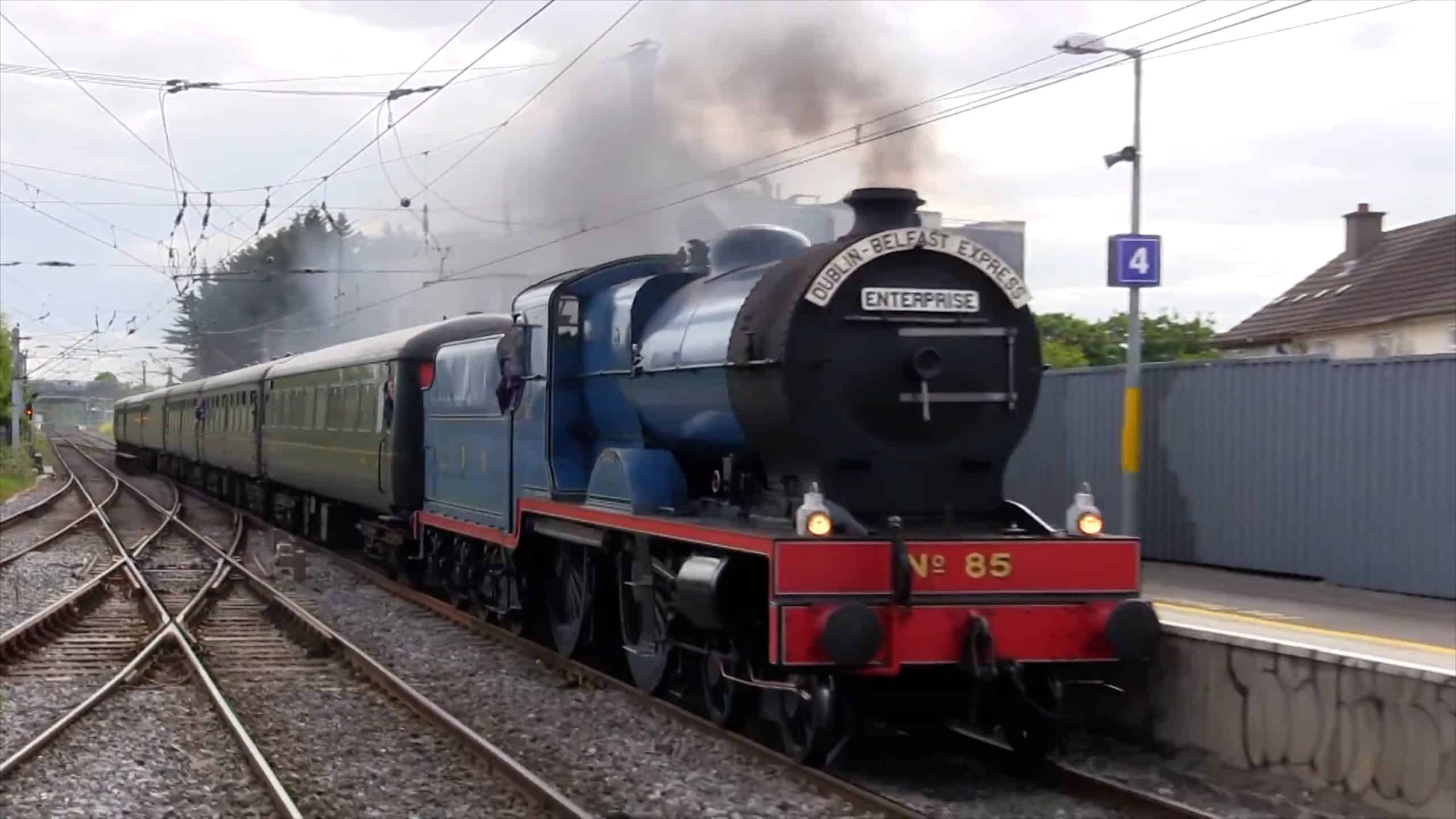 UTV documentary series on the company is just the ticket!

A new documentary series about the Enterprise Rail service, its history and its importance to Ireland arrives on UTV. Called the ‘Enterprise – A Track Record’, UTV viewers can climb aboard to travel back in time to the heyday of steam travel in Ireland and explore Ireland’s most famous train.

Narrated by Sarah Clarke of UTV, the two half-hour programs reveal the key role the Belfast to Dublin rail route plays in connecting the north and south. Renowned author and historian Dr. Eamon Phoenix and rail consultant Jonathan Beaumont present the facts and paint a picture of the origins of the service and various key players of the time, outlining the development of the cross-border rail link that we take today for granted.

The programs offer an inside look at the world of steam enthusiasts – men and women who spend their free time restoring and operating old locomotives and steam cars, with interviews with several members of the Railway Preservation Society of Ireland (RPSI). Author and railroad historian, and passionate member of the RPSI, Charles Friel shares some of his encyclopedic knowledge of the Enterprise as well as fabulous photographs of a bygone era.

Flooded with colors and forgotten gems from UTV’s rich archives, the programs are littered with memories, notably of comedian John Linehan who reveals his love for steam travel, which dates back to his childhood and “maybe” has it. made to become a mechanic after leaving school. We also hear about the smuggling that took place in the days of border customs posts, with popular items such as butter and rosaries. And we see how popular power played a major role in maintaining service during the unrest, with the Peace Train movement.

UTV Program Editor Tony Curry said, “The Enterprise is an iconic part of our history, and these programs take viewers back in time to key events that may long be forgotten. And as we remember some of the darkest days in its history, the commitment to service from the start and the pride of those who work there to this day really shines through.

Belfast-based independent production company Visionworks Television produced the programs for UTV. Director Pete Bleakley said: “We had a lot of fun doing this show because most of us had trains as kids, and getting to know the real thing was an absolute treat – even staying awake the whole time. night to film the shot of a steamer. locomotive at Whitehead.

Producer Alan Morton said, “It was interesting to find out how these important rail networks actually worked, and we met some real characters while filming this two-part film for UTV. Hopefully viewers enjoy the Enterprise experience as much as we do. This is a train you won’t want to miss! All aboard! “

The episodes will be broadcast on Tuesday 30e November and Tuesday 7e December at 7:30 p.m. on UTV and on catching up www.itv.com/utvprograms.

Heritage announces a strategic partnership in InsurTech with Slide