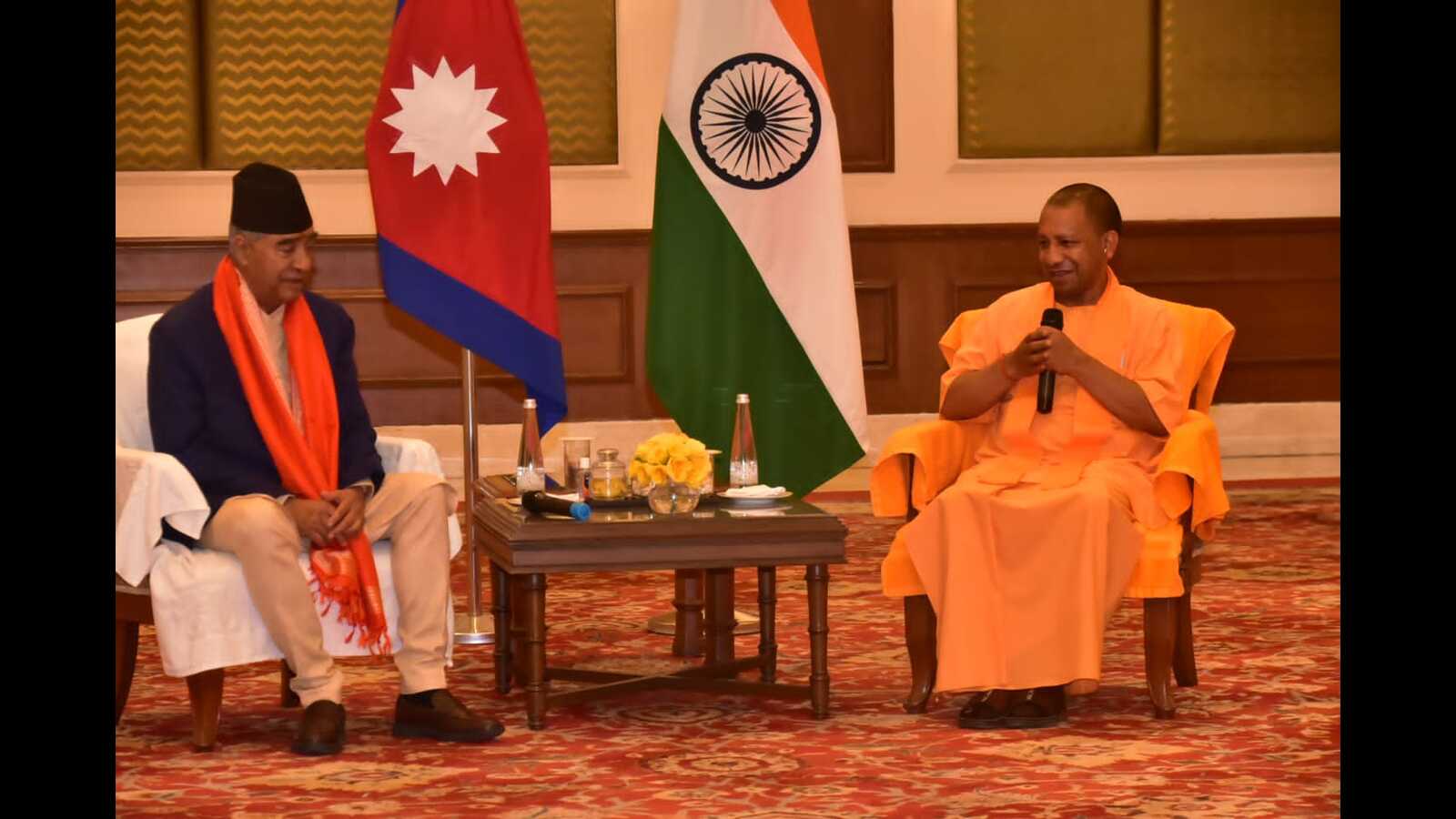 With a shared heritage, we can accelerate development: Yogi to a Nepalese delegation

Emphasizing dialogue between India and Nepal, Chief Minister Yogi Adityanath said on Sunday that with a common heritage, the two nations can accelerate the pace of development. He also said he had a personal connection with Nepal. Nepali Prime Minister Sher Bahadur Deuba and his wife Arzu Rana Deuba arrived in Varanasi earlier today. Later they offered prayers at Kaal Bhairav, Kashi Vishwanath and Samrajyeshwar Pashupatinath temples.

There should be a dialogue between the two countries, he said and added that the dialogue should be in relation to development and connection with cultural and spiritual heritage. “This is what the peoples of both countries also want,” said the CM.

“Kashi-Kathmandu and Ayodhya-Janakpur are sister cities. With a common heritage, we can continue the pace of development,” added Yogi. “Hindus in our country are eager to visit Pashupatinath Temple in Kathmandu and Maa Janaki Temple in Janakpur while citizens of Nepal are keen to visit Kashi and Ayodhya,” the CM said.

He further said that another spiritual and cultural tradition can be continued to promote the Ramayana and Buddhism circuit plan in line with Prime Minister Narendra Modi’s vision. “At the same time, the pace of development can also be accelerated,” Yogi added. “If we move forward together, both countries can work on faith and the development of their citizens and employment opportunity,” he said.

Earlier, Chief Minister Yogi Adityanath welcomed the Prime Minister of Nepal at Lal Bahadur Shastri International Airport in Varanasi with a bouquet and an angvastram (stole). He also presented him with an idol of Lord Ganesha and a Banarsi slik saree to the wife of Prime Minister Deuba, Arzu Rana Deuba.